Being a military wife, this summer marked yet another move for my family. In the midst of driving and hotel stays I was often on Facebook checking in on my various family members and friends I was missing. It was a post from my brother, Justin Kreiser, that really tugged at me. He posted a picture of himself beaming while standing next to High Impact Wrestling’s (HIW) newly crowned Central Canadian Heavyweight champ, “Skyflyer” Jeff Tyler.

Now Tyler is not a name that will be known to many, but to Saskatchewan indy wrestling fans, this was a moment years in the making. There were many of us, maybe not a stadium-sized group but fans nonetheless, who had followed Tyler from his debut bouts until now. As fans, we had been on a journey with him. We saw him progress. We saw him stumble. We were emotionally invested. And in my brother’s case even financially invested as at his own expense, he even had t-shirts made with Tyler’s name on them.

Indy wrestling is so sacred to its fans even without the bells and whistles, or in this case pyro and high quality production. I smiled at my brother’s post, but I was also disappointed I hadn’t been able to witness this moment in person.

This passion evoked by independent wrestling is captured by Baltimore journalist, Ron Snyder, in his debut book Wrestling’s New Golden Age: How Independent Promotions Have Revolutionized One of America’s Favorite Sports. While covering the local wrestling promotion MCW Pro Wrestling (Maryland Championship Wrestling), Snyder was inspired to expand upon the impact of independent wrestling. 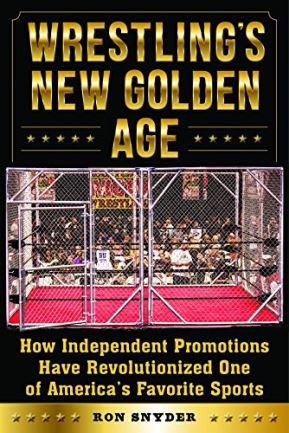 “I just kind of always felt that while it was great to get interviews with some of the great names and hall of famers that would come to town, I always felt that the best stories were the ones about the wrestlers at the local level, up and coming, and really highlighting their journey,” explained the 39-year-old Snyder in a phone interview with SLAM! Wrestling. “I think we’ve seen great stories in independent wrestling in the last 10 years or so and I just thought it would make for a really compelling book.”Snyder was also intrigued with how indy wrestling just seems to resonate more with fans than the bigger promotions.

“I think it’s the connection you get with the wrestlers,” observed Snyder. “I kind of equate it with going to a minor league baseball game where you are closer to the ring, there’s a lot more interaction before and after the event. You get a chance to get pictures with them and they are accessible via social media more. Nothing against the WWE (World Wrestling Entertainment), just with the scale it’s hard for the fans to connect on an emotional level.”

The result is a non-threatening read that will appeal to wrestling fans interested in a fun yet unsweetened look at all things independent wrestling. Nothing is left out as Snyder covers the emergence of the independents from the days when it was considered taboo and frowned upon to its turn in the spotlight in the ashes of the Monday Night Wars. He also discusses the tolls and triumphs faced in the lives of independent wrestlers, how indy promotions are building their own unique brands and how Daniel Bryan and the women’s revolution have set off major changes in both the indy and big-time squared circles.

“I tried to paint a complete picture of independent wrestling,” Snyder pointed out. “I didn’t want to gloss over any tragedy. I touched upon many deaths in the industry. So there was a section that looked at the tragedies such as the life and death of Axl Rotten. That was someone that was an ECW [Extreme Championship Wrestling] original and known world-wide and ended up dying of a heroin overdose on the floor of a McDonald’s. And it was also an independent card where Roddy Piper did his last Piper’s Pit in Maryland at an MCW card. Writing about that was emotional because Piper was such a legendary figure in this business so that was kind of tough from a fan’s perspective. He was someone I grew up watching.” 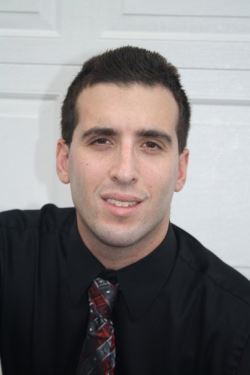 It wasn’t all doom and gloom for Snyder. During the writing and research process, he partook in some invaluable father-son time by taking his teenage son along to several wrestling cards where he conducted interviews. And WWE Hall of Famer Jim Ross bestowed plenty of his knowledge by granting Snyder several unrushed interviews. And just like my brother and countless other wrestling fans, Snyder got to witness firsthand the full journey of a local indy wrestler.

“I think my favorite interview subject has to be Lio Rush,” revealed Snyder. “Lio just signed with the WWE. First time I met Lio he had just started training at the MCW training center and he was literally setting up the ring, doing security at cards. He went from the starting match to the Ring of Honor Prospect champion to getting signed with WWE. So I really go to capture that. I mean we went to press right before he signed with WWE so we couldn’t include that in the book, but we came right up to that. We knew that it was a possibility and to be able to tell that story of a kid that just graduated high school and just became a father right out of high school to following his dream. It was the all-American success story and it was really cool to be able to share that story.”

To Snyder the future of independent wrestling is brighter than ever. But he points out that while the WWE is finally showcasing indy wrestlers from all over the world, it is only prudent to remember that there are still only so many seats at the WWE table.

“With these promotions showing that they can attract and train people that end up in the WWE, I think people are going to come out more and more saying, ‘Wow, I can see these guys before they are stars’ so to speak,” pondered Snyder. “It’s up to the promotions, but the promotions are developing their own streaming services like the WWE Network. They have their own tournaments. The WWE tournaments are modelled after what you are seeing in the indys. The MCW has the Shane Shamrock Memorial Cup. You look at the ECWA (East Coast Wrestling Association) in New Jersey has the Super 8 which the WWE Cruiserweight tournament was modelled after and their Chick Fight tournament which the Mae Young Classic was modelled after. So I think indy wrestling is as strong as ever, but it’s all up to the fans and it’s all up to the promoters.”

Snyder hopes readers of his book will leave with the optimism that anything is possible whether your goal is to a write a book, like his was, or become a wrestler.

“If you put in the effort, you can reach your goals,” Snyder promised. “My goal was to write this book to prove that I could do it. And look while it didn’t work out for everybody, some people had a cup of coffee in the WWE and some didn’t make it all. But they all followed their dreams and had no regrets. We are only on this planet for so long. We should live without regrets. We should be willing to take a chance and go after what you are desiring and what you want to accomplish in this world.”