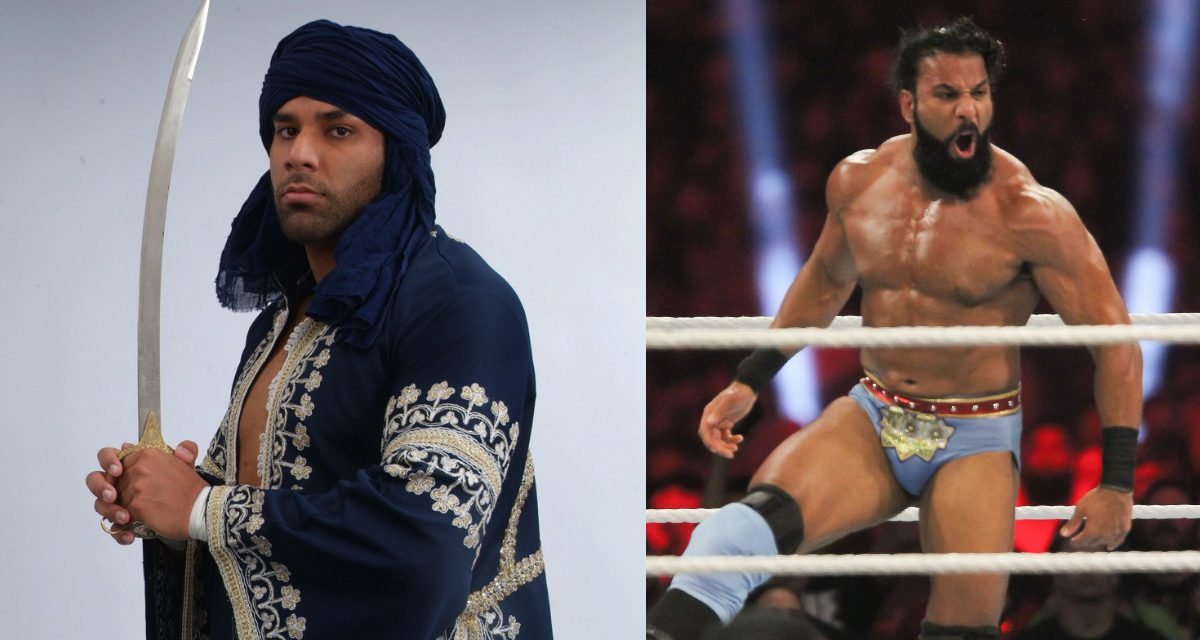 On last week’s Smackdown Live broadcast I saw something I have never witnessed in all my years of watching wrestling. A live crowd and the announcers actually saying someone went “too far” in the ring.

For the last few weeks, WWE Champion Jinder Mahal has been cutting promos making a mockery of his current rival, Japanese star Shinsuke Nakamura. Mostly the insults have been poking fun at Nakamura’s behaviour, actions or his look, but this week things got nasty. 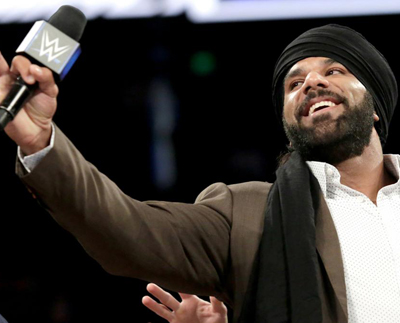 “Shinsuke, you always ‘rook’ the same,” said Mahal ridiculing Nakamura’s Japanese heritage as well as his expression of emotion.

Claiming the crowd was xenophobic, Mahal then went even further.

At that, fans in Oakland, California, erupted and shouted, “That’s too far.”

After the promo, both Byron Saxton and Corey Graves agreed with the crowd and some on Twitter blew a gasket at the clearly racist tirade.

Even the Washington Post decided to join in on the condemnation, with Marissa Payne stumbling onto the bandwagon, writing a scathing article and quoting fans who said the promo was in “bad taste.”

Yeah, that is the point, Payne and the WWE Universe.

Unlike the knee-jerk reactions of the Washington Post, the crowd and those on Twitter, let us take a step back and break things down. 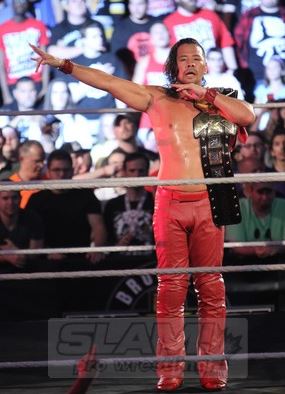 Just like the producers of the horror blockbuster It who hired actor Jarred Blancard to play the racist psychopath Henry Bowers, Yuvraj Singh Dhesi was hired to play the role written for him and that role is of a villain and villains do despicable things. They cheat. They lie. They cut nasty promos, say terrible things.

It seems some fans need to be reminded that like Henry Bowers, Jinder Mahal doesn’t really exist. He is a fictional character created by the WWE bookers and just like film, television or book baddies, evil characters can be portrayed as racist, sexist, homophobic individuals, so too can wrestling personae.

It may be an easy, simple or even lazy way to fabricate a villain and to make sure they are immediately hated but there is nothing wrong with those kind of depictions or having the creative license to display that kind of ugliness.

The world isn’t all unicorns and rainbows. People need to be reminded not of only the good but also the bad.

The crowd had every right to criticize the Mahal character for his comments but not the WWE bookers or writers. Including that kind of character doesn’t mean the writers endorse that kind of behaviour. That would be like saying Stephen King is racist because he created Henry Bowers. How can that be so when Bowers is clearly portrayed as the villain just as Mahal is? Nobody was laughing along with Bowers as he continually attacked Mike Hanlon in It and nobody in Oakland was laughing along with Mahal as he fired off racial insults at Nakamura.

What was interesting though is that I have yet to see the Washington Post write an editorial condemning the It filmmakers for including the racist Henry Bowers or Stephen King for creating him in the first place. I have yet to read outraged posts on Twitter.

Sure, there is no denying that the WWE has a shameful past when it comes to some of their portrayals and characters like Kaientai and Saba Simba but they have also grown more sensitive since that time and yes, there is always room for improvement.

When it comes to outrage though, whether it be hard-core wrestling fans or those casuals who only watch WWE and call themselves wrestling fans, they should take a good, hard look in the mirror first before spouting off. 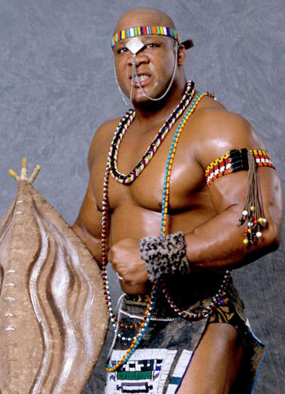 These are the people who crave blood and don’t mind wrestlers cutting open their own foreheads with razor blades to provide that.

These are people who boo Mahal when he simply speaks Punjabi.

These are people who cheered when Sasha Banks attacked Nia Jax from behind after her match with Alexa Bliss on Monday Night Raw.

These are people who had no problem with The New Day blatantly out and out cheating to retain the tag team championships week after week.

These are people who are perfectly okay with Enzo Amore humiliating and insulting his opponents, often ripping on their appearance, before each of his matches.

These are people who don’t mind it when Shane McMahon risks his very life by jumping off of a steel cage to entertain them.

These are the people who boo the anthems of other nations.

… but the scripted words of a cartoon villain are just “too much”?