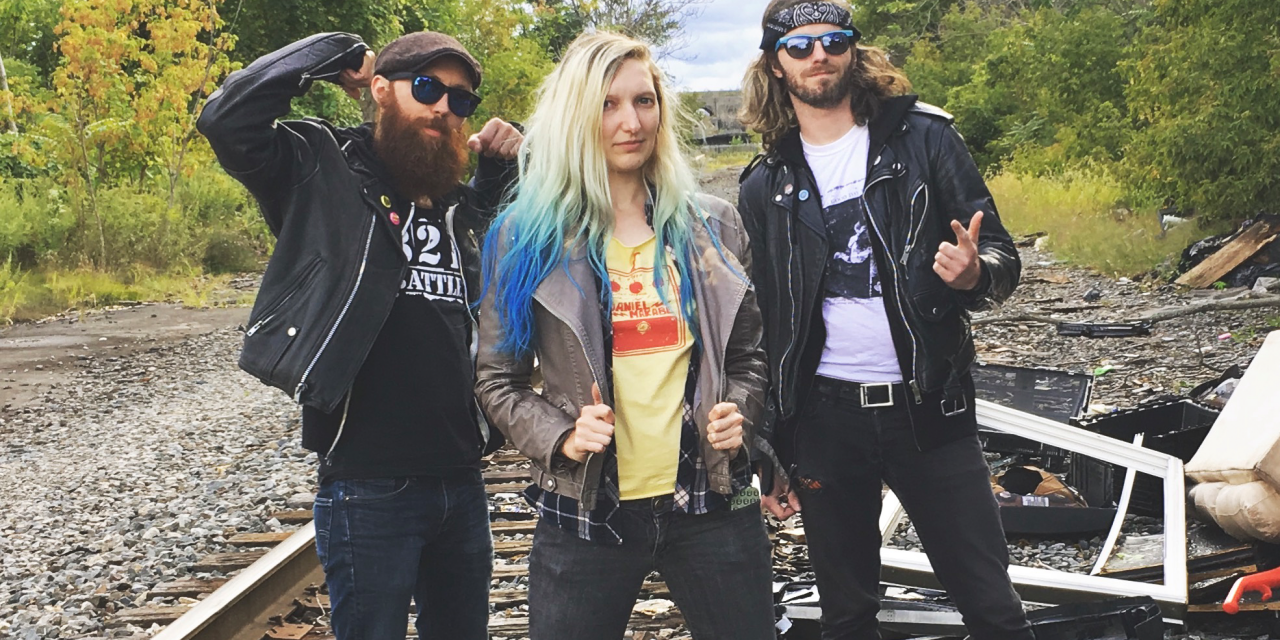 Jacqui Pratt has been a musician and pro wrestling fan her entire life. All it took was inspiration from WWE Hall of Famer, Mick Foley, to mash her two passions together.

Pratt was watching WWE with her husband, Nick Dailey, and some friends, when Foley came on the screen and gave one of his infamous “cheap pops” where he acknowledges the city where the wrestling show is being held only to have the audience roar in approval.

“And my husband just was like ‘Oh that’d be a good band name, Cheap Pop,’” recalled the 33-year-old Pratt, who resides in Bethlehem, Pennsylvania, in a Skype interview with SlamWrestling.net. “And then I had this That’s So Raven moment (referring to the Disney television show where star, Raven-Symone, has visions of future events) of funneling in with a vision. I was just like, ‘No it would be a great band name for a band about wrestling!’”

The timing was serendipitous. Pratt was working on her master’s thesis and really needed to “blow off some steam” and engage in something that was not “academically motivated.” (Pratt recently went on to obtain her PhD in rhetoric and composition at the University of Washington.) Pratt got out her guitar and started to compose the band’s first song, “Daniel Bryan Danielson,” which she described as a “fan letter” to one of  her favorite wrestlers “in song form.” The pro wrestling themed songs kept coming from there. 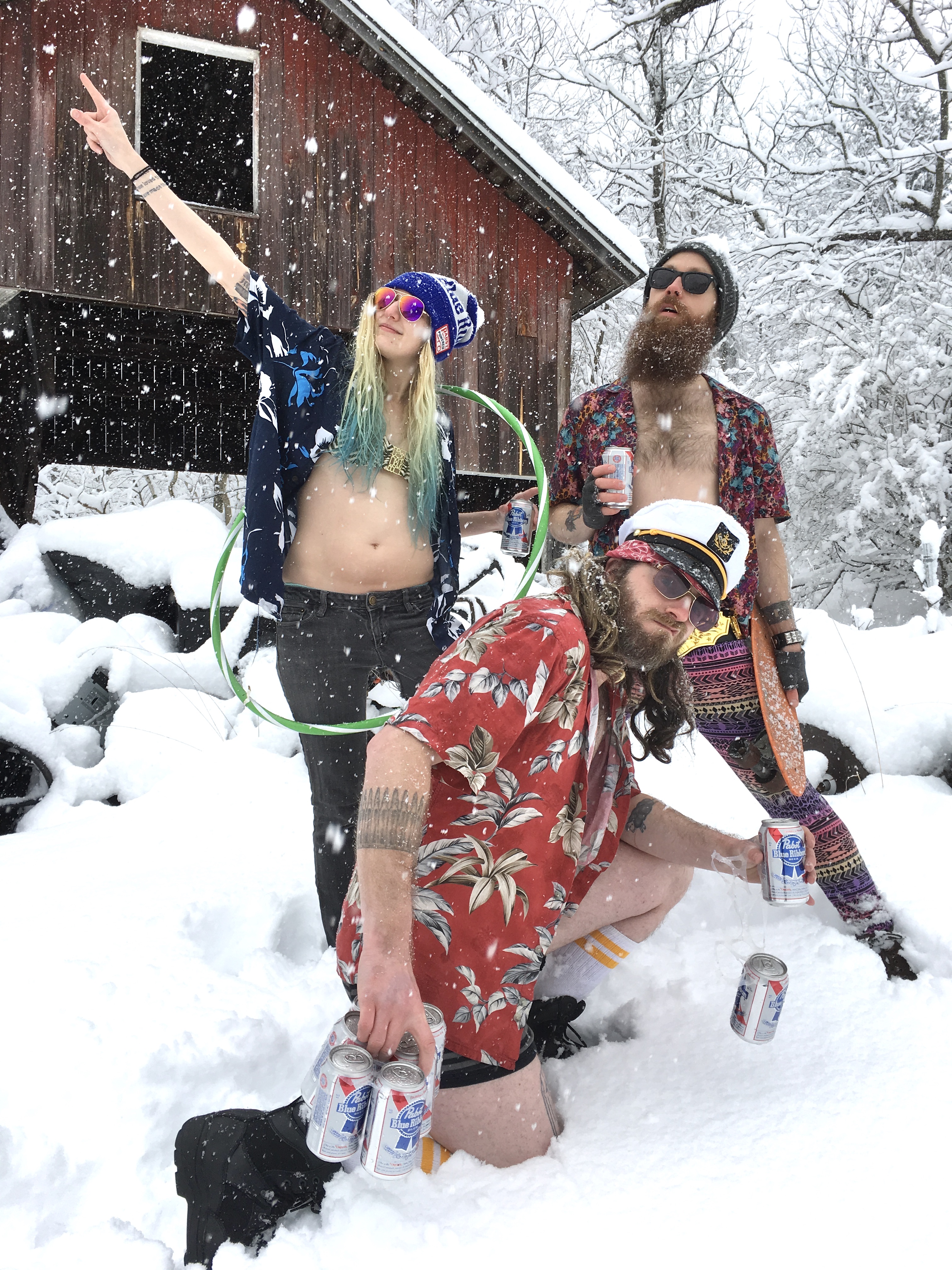 Cheap Pop is a three-piece punk band consisting of Jacqui Pratt, Nick Dailey (back row and standing) and Sean Elsasser (kneeling). All photos courtesy of Pratt.

“I like the challenge (of writing pro wrestling songs) as a writer and as a storyteller,” expressed Pratt. “For one the band name (Cheap Pop) just being conceptualized as a band that sings songs about professional wrestling kind of limits what the scope of it is, but I don’t see that as a negative limit. I see that as a generative limit. Because what I get to do is flex storytelling muscles that I don’t get to do with some of the other music that I write and music that I make. I have music that’s a lot more confessional or a lot more personal. It’s me dealing with life things. But this gives me a chance to actually like slip into storyteller mode.”

Joining Pratt in this musical endeavor is her husband Dailey, who plays bass, and drummer Sean Elsasser. The three-piece punk band released their first album, In Gorilla, in 2016. (The album’s title is a nod to the position backstage where wrestlers wait before making their entrance for a match. The area was dubbed, “gorilla” after the late wrestler/commentator Gorilla Monsoon).

“We’re punk,” articulated Pratt on Cheap Pop’s sound. “We’re like a garage punk band. You know, we’re loud. We’re a little sloppy. We’re energetic. There’s a little bit of that power pop vibe to it because you know, the (name) Cheap Pop is a little intentional there. I write the songs on my acoustic guitar and they’re definitely written with a little like, boppy, poppy sort of energy to it that carries over to a little bit of loud aggressiveness when it’s all plugged in and amped up. They’re like punk power pop songs!”

Along with the ode to WWE’s Daniel Bryan, Cheap Pop has released more quick, fun and often times witty songs including “Great Romances in Federation History,” “He is Great, There is Only One (Undertaker),” “Oh, Paige” and “June 28, 1998” which is a tribute to Foley and his infamous Hell in a Cell match with the Undertaker (and naturally consists of repeated shouts of “Falling from the cage!”)

“The idea with Cheap Pop is that it’s a fun band for the punks in the wrestling community,” Pratt explained. “So, it’s not like I’m trying to tour the world on that band. It would be fun to do that. Let me actually scratch that! I would like to tour the world with (Cheap Pop) but (I’m) not necessarily trying to change the world with the band. (We just want to) have a lot of fun with the punks and wrestling fans. It’s a party band!”

Pratt says she is “inspired by all aspects of wrestling” when it comes to her songwriting for Cheap Pop. She says she has a bunch of ideas for songs scattered among several notebooks and confesses “there’s a Sasha Banks song brewing.” Pratt also doesn’t object to taking requests for future songs.

“(A friend was) like, ‘Hey can you write a song about the Genius (wrestler Lanny Poffo)?’” recalled Pratt. “And I was like, ‘Yep and I’ll do you one better, I’ll write it in limericks!’”

Before the outbreak of COVID-19, Cheap Pop had been playing at mostly smaller venue punk shows and even appeared at a series of events called, Let’s Hang Out! that combined music, food, friendship and indy wrestling.  But no matter where they play a gig, the band often has memorable experiences.

“One time when we were playing in Buffalo, we didn’t know that a bunch of people were going to be coming in costumes,” shared Pratt with her infectious laugh. “Some people just showed up in wrestler cosplay. That was so much fun! You had people showing up as The Undertaker or Mick Foley. That was a blast because it was just a party right away.”

She added, “Then one time in Philly, (we were) not even one song into the set (when) a couple of kids just start skateboarding and like ripping up skateboard tricks right in front of us. (I was like) ‘OK! This is awesome!’ We just got the energy. I riled right up in that!” 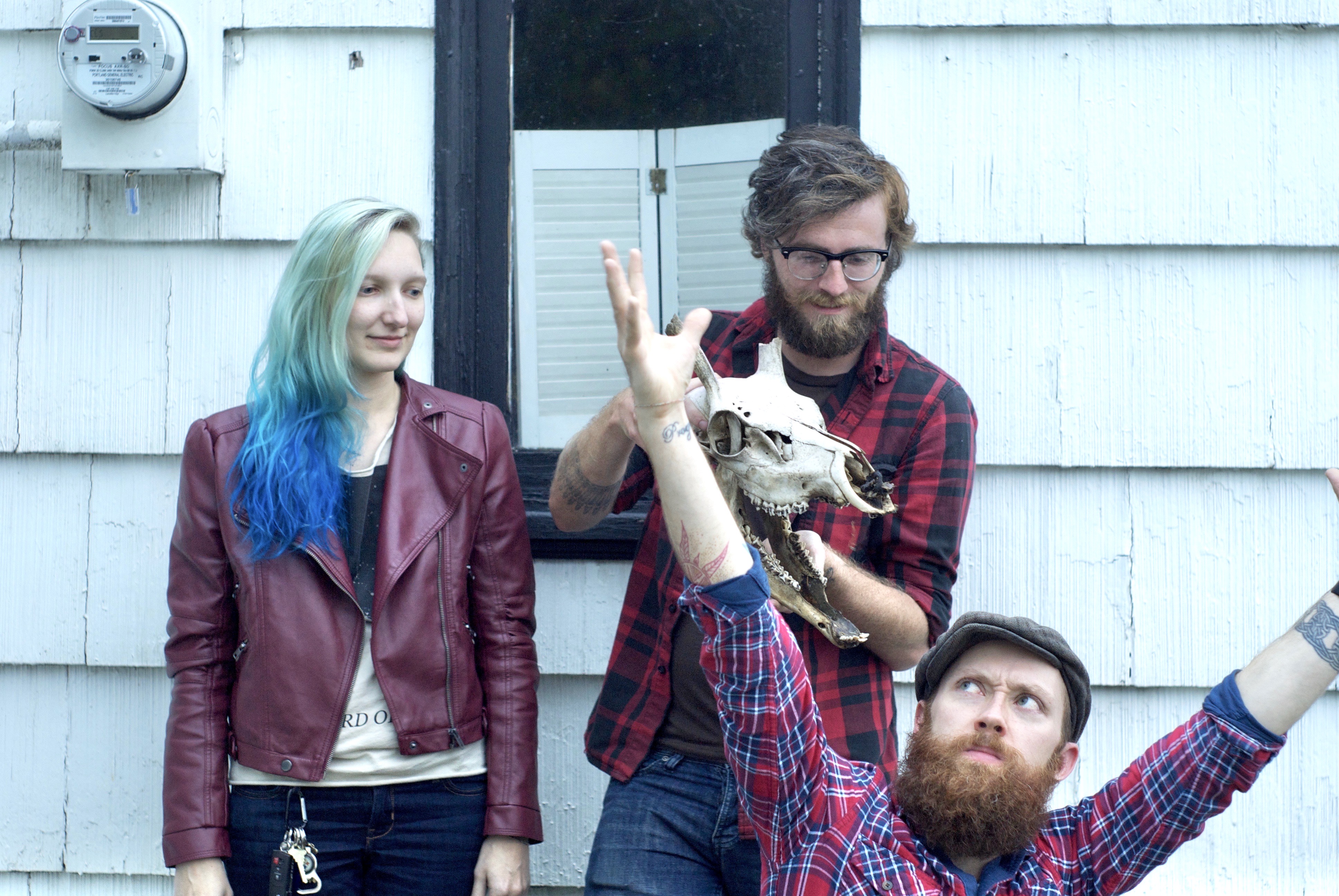 Cheap Pop released their first album, In Gorilla, in 2016.

While Pratt is still waiting to hear what wrestlers like Bryan think of Cheap Pop’s music, she says the band has received positive feedback and even has a fan in Canadian, independent wrestler, Daniel Makabe.

“I remember watching him (Makabe) and being like, ‘Man he’s a really great wrestler,’” said Pratt. “And then finding out we had a mutual friend in common and then we just developed a friendship because he’s a punk kid. He plays in bands. He’s a musician. So, we have a lot in common. So, he’s been repping us pretty hard. He actually recently covered ‘Daniel Bryan Danielson’ on his social media. He posted a cover of it, which was really sweet and fun!”

Pratt says Cheap Pop “definitely has intentions to work on a second full length” album. “I’ve got songs in the cup (that) I’m really excited for people to hear,” she promised. “It’s just everything is in a little bit of limbo right now (with COVID-19).”

For now, Pratt continues to write songs for Cheap Pop because she truly loves wrestling and for her, it’s the ultimate way to share that love with the world.

She continued, “There’s a lot of artists who do art for wrestlers. There are visual artists. There are people who can help run events or people will run ‘zines. There are all sorts of ways that people can contribute to the wrestling community. My songwriting is another way that I can kind of creatively contribute to the community. So I just want people to hear the care and the love for wrestling come through the songs and appreciate the craftsmanship because I personally put a lot of time into my lyrics, my ideas and I just don’t want them to come across as trying to be gimmicky. I want to have something that people who love wrestling can share that love of wrestling with.”

When Pratt is not getting her punk on with Cheap Pop, she is also expressing her admiration and opinions for pro wrestling as a co-host for the weekly PWTorch (Pro Wrestling Torch) VIP podcast the Bruce Mitchell Audio Show w/Jacqui Pratt and she was recently announced as one of the new writers joining the website Bell to Belles. Pratt was also one of the contributor’s to the spectacular and recently released anthology book, Women Love Wrestling.