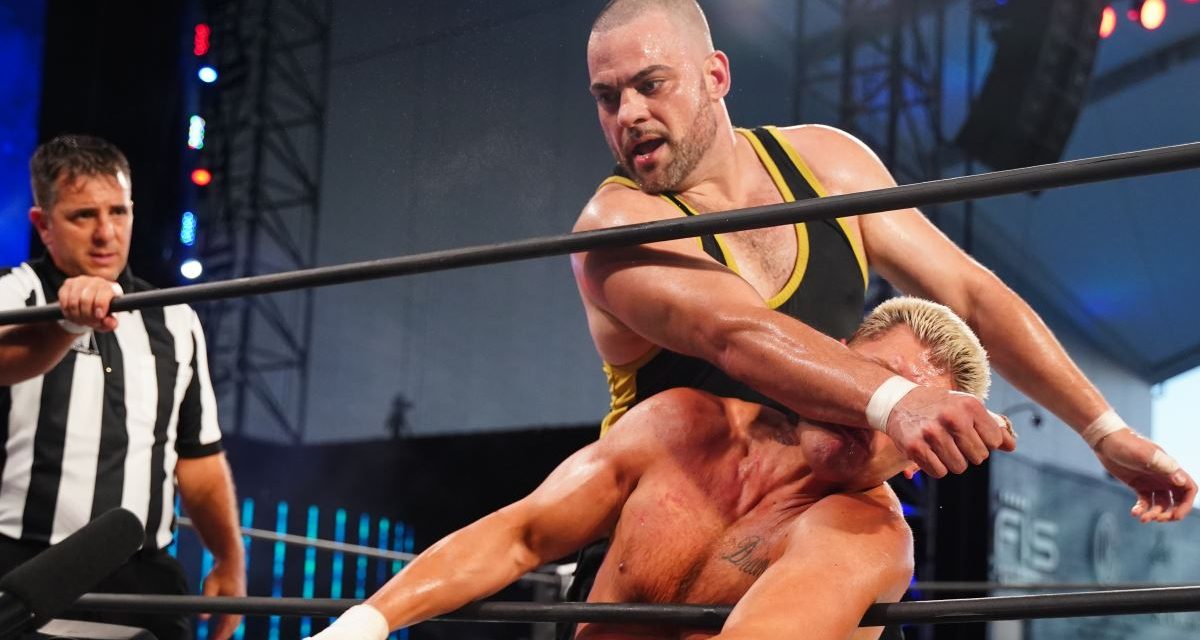 For most of us, our professional wrestling fandom is a journey.

I remember being a toddler in the late 1980s and watching WWF Superstars with my brother. I remember growing up through the Monday Night Wars as a teenager thinking professional wrestling could not be more fun than that. Wrestling was fun. It was exciting.

It made you yearn when Tony Schiavone would exclaim, “Fans! We’re outta time!” as WCW Monday Nitro went off the air, or wonder what plan Stone Cold Steve Austin would hatch to combat the evil Mr. McMahon as WWF Raw is War signed off.

Then, for a long time, for me at least, wrestling wasn’t as fun.

Sure, there were some highlights here and there. Some good stretches, for sure. But at some point (I think we could point more than a few fingers at July 30, 2012, which was the first regular three-hour Raw), wrestling just wasn’t fun regularly anymore. The sizzle was gone. Austin and The Rock weren’t walking through that door. Things became stale, almost homogeneous. Nothing stood out. You had every WWE show and pay-per-view looking the same. You had TNA trying to be WWE-lite. Ring of Honor lacked a major television deal, rendering it a non-factor nationally.

For the majority of the 2010s, pro wrestling wasn’t pro wrestling. It was watered-down and uninteresting, where you suffered if you paid too much attention and there were very few payoffs. An average North American fan would have better luck finding the sport of professional wrestling on YouTube than on their television set.

That day, I found myself sitting in the second row at Sears Centre Arena in Hoffman Estates, Ill., watching in awe of the greatest professional wrestling show I’d ever seen – All In. That night, pro wrestling became fun again. [See my report: All In will be long remembered]

All In spawned the birth of All Elite Wrestling and in turn, a new era of professional wrestling. 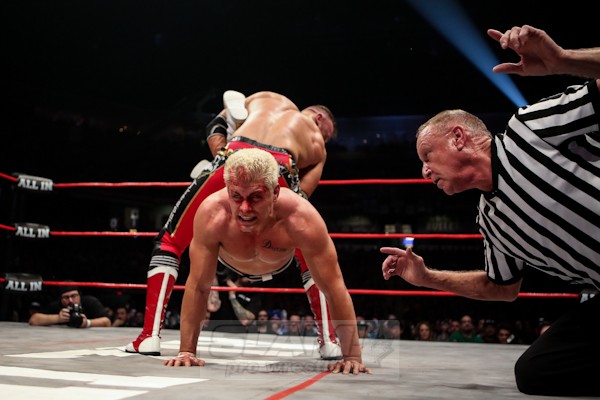 AEW has breathed new life into a stale industry. It was blended the sports presentation of New Japan Pro Wrestling with the best elements of sports entertainment to create a product that is progressive and forward-looking with a roster that combines all elements of professional wrestling. In AEW, there is truly something for everything.

The beautiful thing about AEW is the wrestlers can be themselves, both in and out of the ring. They aren’t handcuffed. You don’t feel like you’re watching someone who has been neutered or turned into a robot.

In his July 20th Mat Matters editorial [AEW Needs to Get Serious Again], John Powell said AEW has made a “serious blunder” having new talent, namely Lance Archer, Brodie Lee and Brian Cage, receive championship matches right off the rip. I agree, some timing hasn’t been great, but that can be the issue when your long-term planning goes awry. Before the COVID-19 pandemic, we were two weeks away from the big “Blood & Guts” match between The Elite and Inner Circle in front of more than 10,000 fans in Newark, N.J., which almost certainly would’ve kicked off some sort of big angle leading to Double or Nothing in May and setting the pace for the spring and summer.

Despite some challenges, what AEW has managed to do in the Pandemic Era has been nothing short of incredible. Despite missing key talent for some (Young Bucks, Hangman Page), much (Lucha Bros) or all (PAC) of the time since this mess began, AEW Dynamite has been invigorating each week – truly must-see TV. The passion of those in the crowd and those in the ring bleeds through and almost makes you forget there’s no fans in the audience.

That passion comes through because there is opportunity. You feel like AEW is a meritocracy. Nobody is “slotted” for life then suddenly come out of nowhere to win a championship (i.e. Jinder Mahal, Apollo Crews). If someone loses a match, much like NJPW, you don’t just automatically assume that person is “being buried.” It’s a sport. You are going to lose from time to time.

In AEW, you can earn your spot. Talent young and old are given a chance to find themselves and shine – not get their legs cut out from under them after a month. Wrestlers such as MJF, Darby Allin, Jungle Boy, Sammy Guevara, and Dr. Britt Baker, just to name a few, have been revelations.

Look no further than this past week – Eddie Kingston comes out of nowhere to steal the show, cutting an absolute beauty of a promo prior to his TNT Championship match with Cody before showing the world what he is capable of in the ring. MJF is can’t miss, Darby Allin is teaming with AEW World Champion Jon Moxley, Jungle Boy is in big matches each week (including the main event this past week) and Dr. Baker continues to be one of the big highlights of almost every show she’s featured on.

Here in 2020, professional wrestling is evolving. AEW is at the forefront of that genesis. Gone are the days of plodding matches with people juiced to the gills who can barely move and are sucking air after two minutes. Gone are the days of people being typecast into certain roles because of their size. We are in the age of all shapes and sizes. We are in the the athletic prime of professional wrestling. Of pushing the boundaries of that athleticism while not forgetting the psychology that makes this sport what it is.

All Elite Wrestling is fun to watch because it delivers. You aren’t going to get invested in someone only to have their legs cut out (I’m looking at you New Japan with Tetsuya Naito) right when they start picking up steam. AEW blends the serious with the fun, the athletic with the technical, the past with the future. The crazy thing is, AEW is just scratching the surface of its potential.