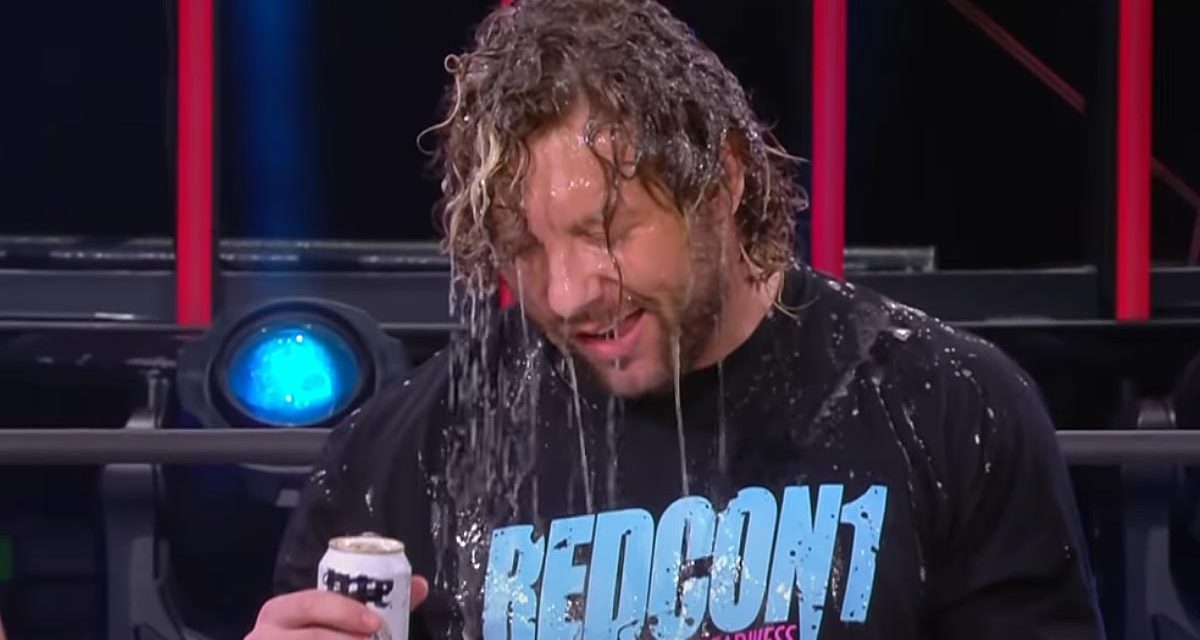 Just like I did throughout the flaming dumpster fire that was the Extreme Rules pay-per-view, I have been rolling my eyes and shaking my head at AEW more and more for the last few months.

I used to be one of the promotion’s biggest defenders, biggest fans. Unfortunately, the honeymoon is over and I am actually pondering a trial separation, unless AEW talks me out of it soon.

AEW started out with so much promise. The very first handful of pay-per-views in 2019 were some of the very best in recent years with some epic, unforgettable matches like Cody versus Dustin Rhodes, Chris Jericho versus Kenny Omega and The Young Bucks versus The Lucha Brothers.

For such a green company, they hit the ground not just running, but stampeding through the North American competition.

AEW officially became a weekly contender last October with the launch of Dynamite on TNT. For most of 2019 AEW made an impact with Dynamite as it had production values exceeding the expectations of a promotion that had only been in existence for a few short months. With Dynamite’s first anniversary quickly approaching, the grace period is over. It is time to tell it like it is. Sometimes, the truth hurts and even stings. 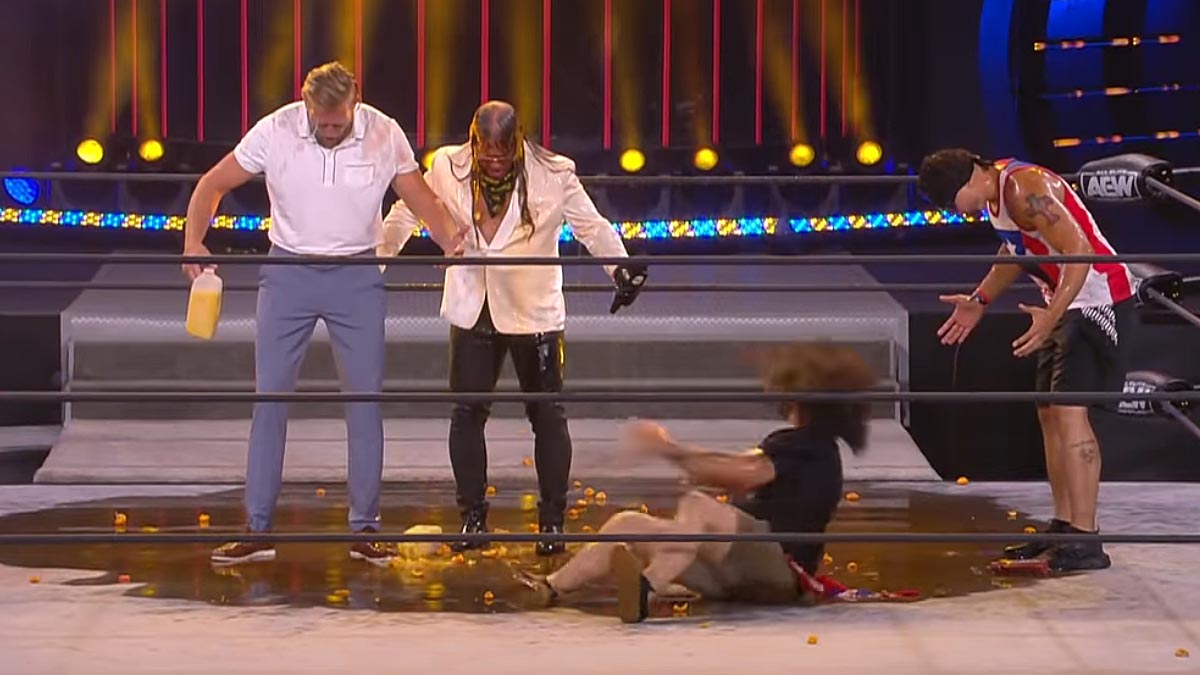 Over the last few months AEW has been making such elementary booking blunders that it makes the whole WWE Invasion angle look like a masterpiece.

The most serious blunder is hot-shoting their high profile, new talent. Lance Archer, Brodie Lee and Brian Cage all got main event matches for championships as soon as they arrived in the company. The problem with that is where do they go from there when there was no build-up, no work towards those challenges? They jumped the line, failed in their bid to beat the top dogs in the company and are left floundering in the mid-card.

Never mind how this kind of booking doesn’t mesh with AEW’s disastrous and ridiculous “wins and loses matter” mantra. There are reasons why all the other promotions in history of wrestling never officially kept track of these things unless they were part of a gimmick or angle like Goldberg’s run in WCW or Asuka’s in NXT. It is a bad idea and so awkward and difficult to incorporate into angles and storylines that usually don’t rely on such statistics or such sports logic in any way.

AEW has also bungled the portrayal of their recognized top talent and veterans like Chris Jericho, Cody, the Young Bucks, Jon Moxley, Dustin Rhodes, Kenny Omega, SCU, Lance Archer, Matt Hardy. Why are these superstars having highly competitive, endurance matches with their mid-card talent like Brandon Cutler, Michael Nakazawa, Orange Cassidy or Peter Avalon, who they should put away in a matter of minutes? It makes them all look less impressive than they should be. It is not that any of those mid-card talent or newbies to the industry aren’t skilled, gifted or capable. We have seen AEW superstars like MJF, Darby Allin and Jungle Boy build their resumes in many ways to become talent who are on the verge of breaking into the main event level or status. Their growth, the building of those future stars is the highlight of AEW thus far as a promotion to me. One only has to look at the outstanding match between Jungle Boy and MJF at AEW Double or Nothing 2020 to see how far those two in particular have come. Regularly bringing their top-tier talent down to the level of those who are still learning and growing is a massive misstep on AEW’s part.

Another issue that is slowly chipping away at AEW’s credibility is the amount of “fun and games” they incorporate into their angles and matches. Now, I am all for comedy spots in wrestling. I would even go as far as to say that often today’s wrestling is far too serious. I enjoy the occasional Toru Yano, Colt Cabana match or King Corbin being hilariously goofed on in a backstage segment. AEW now includes too many of those comedy spots in actual matches. Not only do they look awkward but they portray the business itself as something of a joke and they damage the wrestling reality AEW is trying to create or establish to pull people into their “competitive” contests to begin with. 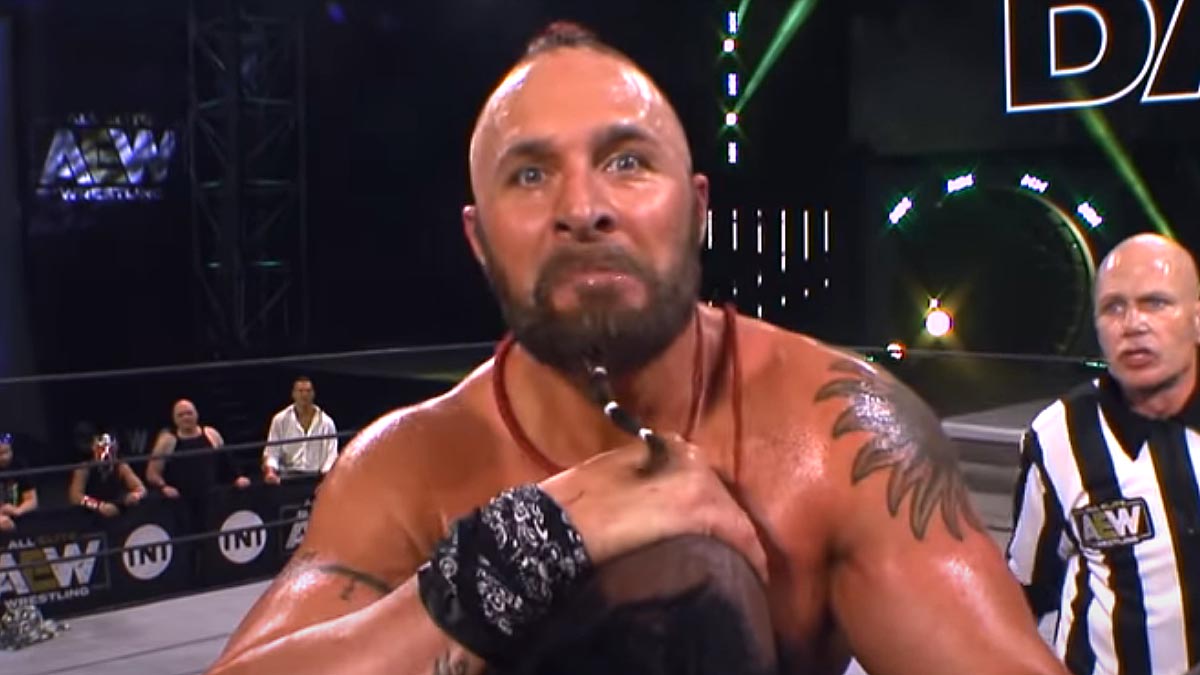 Yes, Lance Archer. That is the attitude we want AEW to have. Courtesy: AEW.

Two spots immediately spring to mind:  MJF accidentally punching Wardlow in the face with his ring because he is pushed into him; and ‘Broken’ Matt Hardy being locked in a ice box and reappearing as his ‘Version 1’ persona. Those are specific examples, but how many times have we seen everyone taking turns flipping over the ropes and knocking everyone else down like bowling pins or Looney Tunes cartoon characters? These moments need to be dispensed in small doses if AEW is ever going to be taken seriously by fans, critics or others in the industry. This approach wasn’t there in the beginning but it has regrettably become more prevalent as AEW has gone along making the entire product more juvenile and far too flippant.

If you don’t take yourself or your product seriously, why should you expect others to?

Am I ready to throw in the towel with AEW like Taz did for Brian Cage? If I hadn’t seen many of the talent perform to the best of their ability in AEW at the start of the promotion or in other places like NJPW or Ring of Honor, then sure. There would only be some small hope that things could get better but I know everyone involved can do and has been better before. It is not the talent that is not pulling their weight or holding up their end of the bargain. It is the bookers and management who have fumbled the ball like the Jaguars who will (maybe) be playing at TIAA Bank Field.

If AEW has any chance of providing that competition that truly rivals other North American promotions they have to make some changes not only in management but in attitude. AEW can and should rise to that level based on the roster and talent they have.

The only thing standing in AEW’s way is AEW itself.