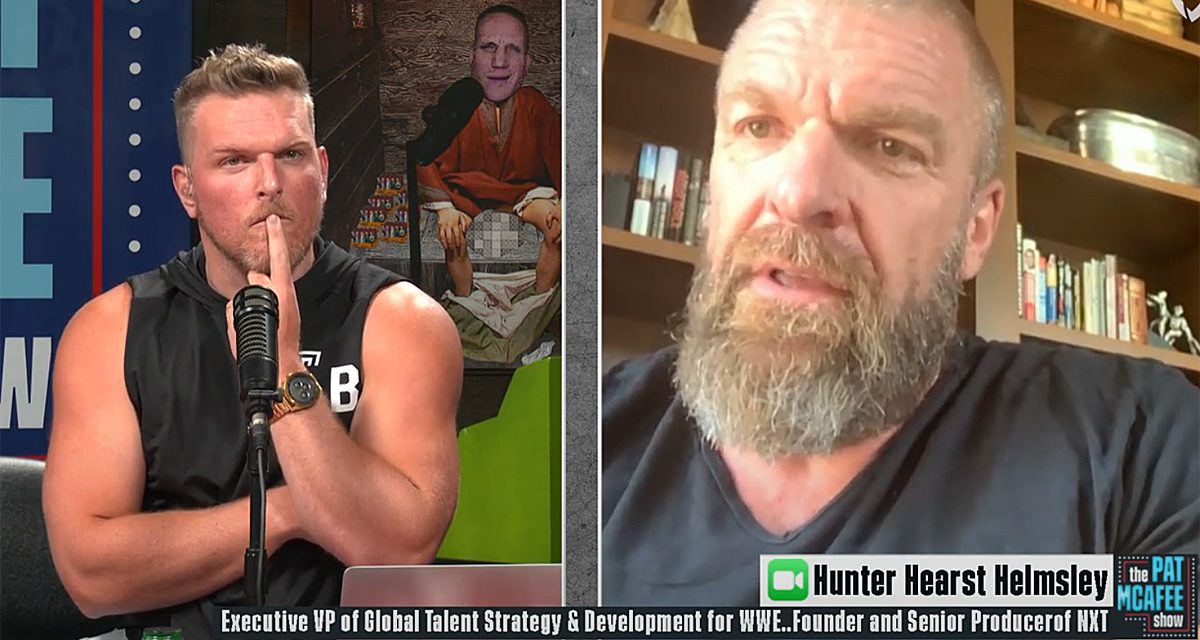 Adam Cole took to Twitter today to apologize for his outburst on the Pat McAfee radio show last week.

“I’ve had the weekend to think about everything and it’s still hard to put into words where to begin,” Cole began.

“First of all, to anyone that was offended, I apologize. I apologize because I represent a brand that commands respect. Not just because of what we do in the ring but how we handle ourselves outside the ring,” said Cole.

“Even though he continued to push my buttons I should have kept my composure and acted like a professional. I’m embarrassed by my reaction and I will make sure something like that never happens again. Thanks for the continued support everyone,” Cole concluded.

Cole’s fans made their opinions known.

I hope #PatMcAfeeShow gets what is coming to him. Don’t apologize #AdamCole – he’s just trying to make himself more relevant at your expense!! #AdamColeBayBay #UndisputedEra #WWENXT #WWE4Life #Wwe

everyone has a line ..everyone..and once its crossed…you have to defend yourself..all you did was defend yourself against a constant agitator who keep pushing your buttons..still the man in my eyes..take care Champ pic.twitter.com/asqAJGTm59

Last Thursday, Cole stormed off the show pushing producer Ty Schmit when he tried to calm him down.

Taking time way from his birthday celebrations Triple H appeared on McAfee’s show today in an attempt to bring both parties together suggesting the two men meet on NXT the next time he is in Florida or meet privately with Cole to talk things out. McAfee is in Florida this weekend as that is where he is getting married.

Triple H revealed that both men do have a contentious relationship behind the scenes and he did sign off the on appearance last week.

“Here’s the thing, I like both of you guys. You are both good guys. You are both passionate about what you do. To me, this is all a misunderstanding,” said Triple H discussing how the lines can get blurred between professional and personal relationships sometimes. He also mentioned that some talent don’t appreciate their industry being mocked by outsiders. They take that very personally.

Triple H clarified that he did speak to Cole but didn’t instruct him to apologize. According to Triple H, McAfee was needling Cole throughout the interview. McAfee had watched the entire segment back and admitted that’s how he had acted.

“There were moments in there where he clearly got agitated and you kept your foot on the gas. I feel like I am talking to my kids right now,” laughed Triple H.

“I don’t know if it will work but I feel we should talk to each other,” said McAfee accepting the invitation to talk things out either in private or on NXT.

McAfee is currently under contract to the WWE. He has participated in NXT’s pre-shows and has hosted WWE watch parties on YouTube as well.