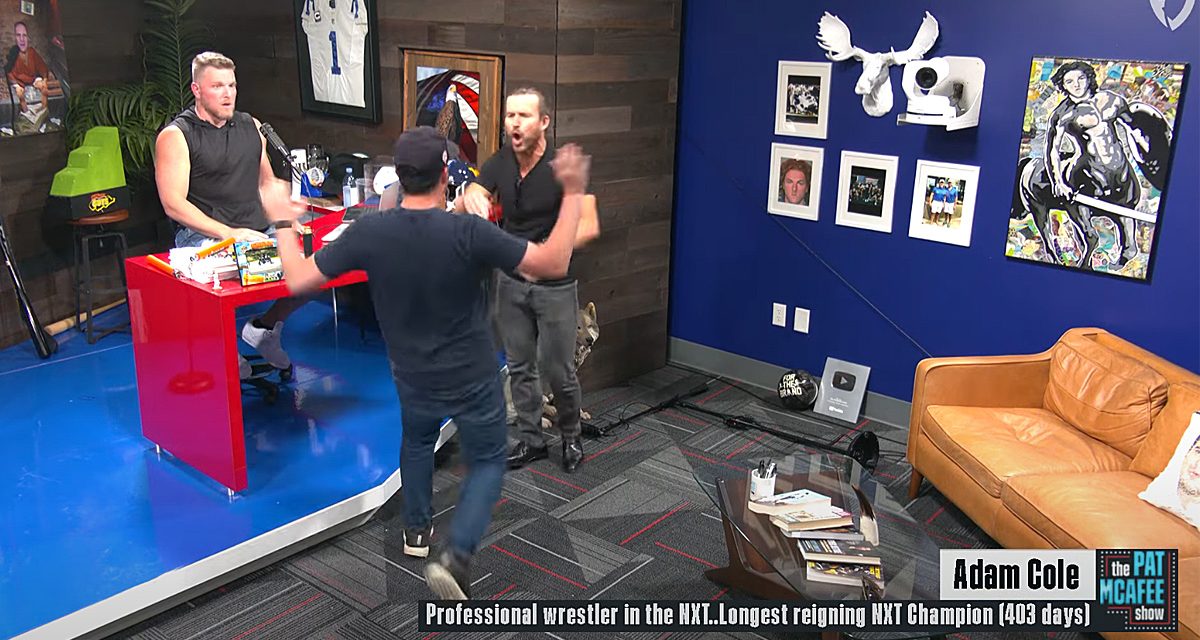 Was it work or not? You be the judge but Adam Cole is seemingly not welcome on The Pat McAfee radio show after an incident earlier today.

McAfee invited Cole to be on his show as they were exchanging texts earlier in the day.

“I extended an invitation for this man to come on the show because he and I has a couple of animosity situations happen before. I have worked with NXT for the last few years. He and I had some run-ins but I have nothing but respect for his work,” said McAfee as Adam Cole came out as a guest.

Everything seemed to be going well until McAfee brought up how much Cole has benefited from having The Undisputed Era in his corner in NXT and then Cole’s demeanor began to change.

“I know you are just doing your job. I took some time out of visiting my family to come and do your show but you are being a total dick right now and I find it so ironic that of all people to say I surrounded myself with really great talent and that’s the reason I succeeded, of all people…you? A punter on a team that literally did everything? You just happened to kick a football now and then,” Cole sniped back claiming McAfee had been taking shots at him the entire show and was a “psycho”. 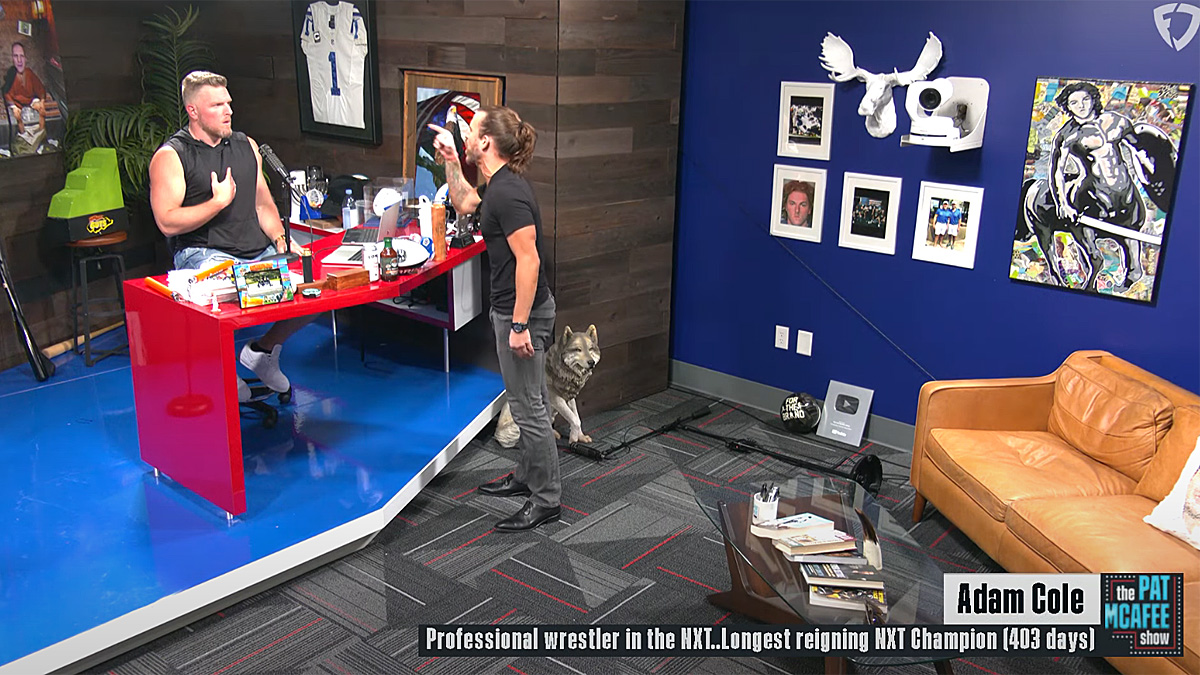 Cole insisted he had climbed the ladder in NXT all on his own.

“Don’t believe that. The Undisputed Era is why you have succeeded. By the way, that is smart. That is good businesses, especially for you because you are kinda small,” McAfee responded.

“F–k you, Pat! I am sick of your s–t! I have taken time away from my family to do your stupid f—–g show and you are going to continue to disrespect me?” yelled Cole standing up, crossing the room as McAfee remained behind his desk.

Ty Schmit, the producer of the show, tried to calm Cole down. Cole shoved him away.

“F–k you!” were Cole’s final words as he stormed out of the studio.

“No, f–k you! Get out of here!” shouted McAfee after Cole.

“What the f–k is wrong with that guy?” McAfee asked his crew.

After the incident McAfee Tweeted:

minutes now trying to figure out what the hell just happened. I obviously never mean to disrespect anybody but, fuck that guy. There’s no way that’s how an ADULT human should act.
I pride our show on being a positive, good time having, upbeat show & he will never be invited back

After retiring from the Indianapolis Colts and the NFL, McAfee has appeared on WWE TV as an analyst for NXT’s Takeover broadcasts and has hosted watch-alongs on the WWE’s official YouTube channel. He has also appeared on Smackdown.

McAfee is currently under contract with the WWE.

Adam Cole has not commented publicly on the incident.