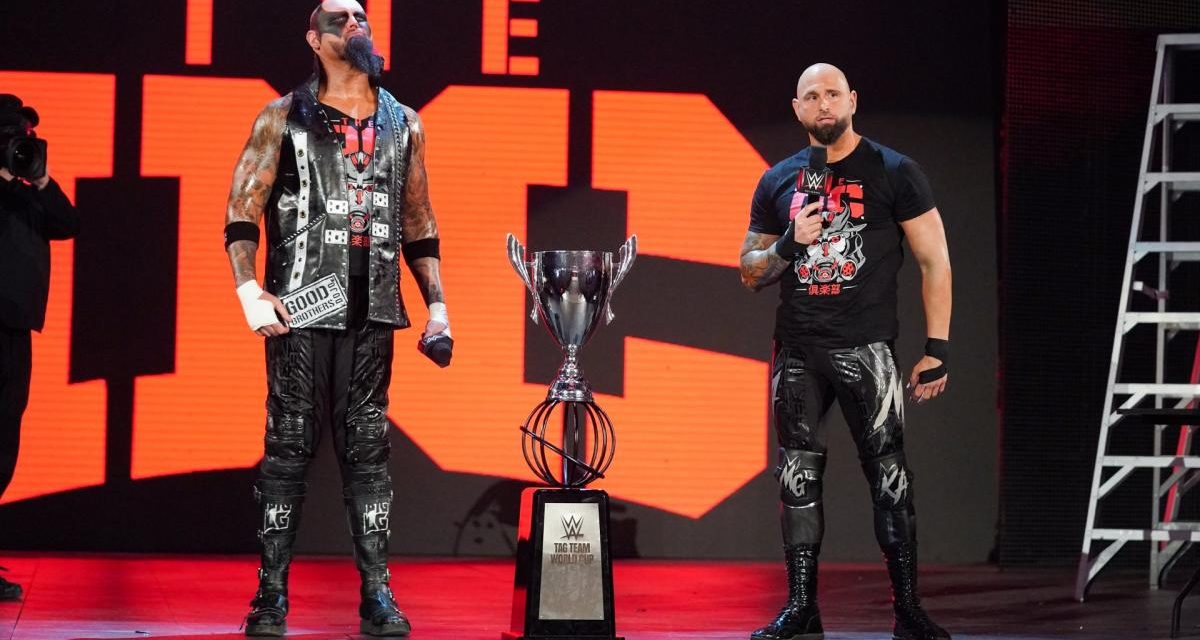 Now that they have signed with Impact Wrestling and are assuredly appearing on the Slammiversary show tonight, Gallows and Anderson are speaking out about their tumultuous time in the WWE where they were never used to their full potential.

The pair revealed that only a short time into their run they were wondering if NJPW would take them back.

“We were ready to ask for our release less than a year in,” admitted Anderson a founding member of NJPW’s Bullet Club.

For the team that had dominated New Japan Pro-Wrestling as part of the Bullet Club faction winning the IWGP Tag Team Championship three times and World Tag League once, it was a disheartening time. Although they were happy with the money they were being paid they were not happy with how they were being used.

The team then met with Kenny Omega in Winnipeg to discuss how they would be incorporated into AEW. The idea was that Gallows and Anderson would arrive on the first episode of Dynamite, reunite with their old friends in the middle of the ring and then lay waste to them.

“It is one of the biggest regrets of my life. It kills me, badly,” said Anderson of not jumping ship to AEW.

Being part of the group who were released early this year was a shock to both Gallows and Anderson. Both received messages from other WWE talent who couldn’t believe they had been terminated as well.

Gallows chatted about Brodie Lee’s message to them which simply said…’Man, they f—-d you guys’.

Anderson took the departure to heart especially reflecting on the conversation he had with Triple H about possibly leaving the WWE.

“Dude, I look at you, I see your kids and I think about what would happen if AEW doesn’t last. I can promise you one thing, WWE will always be here,” said Anderson detailing what Triple H had said to him to get him to stay when they were ready to jump.

“At that point, we stopped being boss and employee and we weren’t friends but we were two humans talking. And I am not saying Triple H could have called somebody or stopped anything or knew anything or even cared but hearing that from your boss and then what happened, it is like they don’t give a f—k,” Anderson sighed.