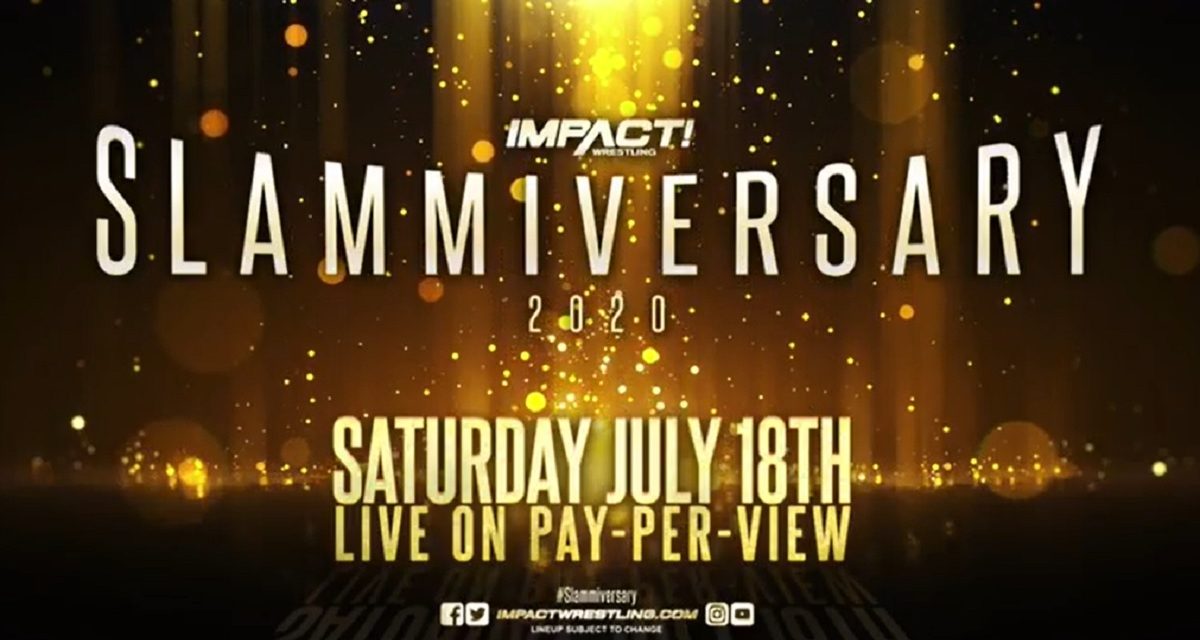 In the weeks leading up to the show, the company has been putting out some pretty high-quality TV, showcasing a strong roster and telling interesting stories through simple and sensible booking. In addition, the company has recently teased that this PPV will feature a number of debuts – or returns – of many stars who were part of the recent WWE roster cuts.

The combination of all of those factors could lead to this being a PPV highlight of the year, and not just this weekend.

Here are our predictions:

With the release of Tessa Blanchard forcing the vacancy of the world championship, the odds-on favourite for this match would seem to have been Michael Elgin. But when he was removed from the company as a result of the #SpeakingOut movement, the outcome became wide open. With Eddie Edwards’ change to more of a hardcore style, he’s had some great feuds, and he wouldn’t seem out of place with the title. Ace Austin has been a really entertaining character, but putting him at the top of the roster seems unlikely. Trey, on the other hand, seems to be the odd man out, and the Rascalz faction member seems more of an X-Division title contender rather than putting the top title around his waist. The unknown factor, of course, is who will be the surprise entrant.

Our Prediction: The fourth competitor doesn’t come out, and lets the three of them battle it out. Just as it looks like someone will win, EC3 makes his triumphant return, steals the win, and buries the memory of his regrettable WWE run. EC3 becomes the new Impact World Champion. 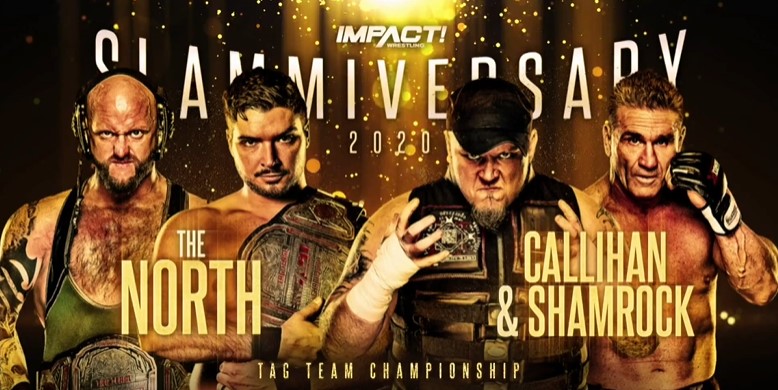 The North (Josh Alexander and Ethan Page) are making a case for themselves as the best tag team in any North American company today. The unlikely pairing of Sami Callihan and Ken Shamrock seems like a temporary detour off the road to Gallows and Anderson, who have all but confirmed on social media that Impact will be their new home.

Our prediction: The North retain the tag team championship.

When “The Virtuosa” Deonna Purrazzo returned to Impact last month, Purrazzo proved that she indeed was ready for television, despite what her former company’s creative team may have thought. Jordynne Grace has had a good run as champion, holding the title for nearly six months. But it’s time for a shake-up, and a big PPV is the right time to do it.

Remember when the X-Division Championship was one of the most prestigious titles in wrestling? As fun as Willie Mack is to watch, he’s more of a comedic character, and certainly the involvement of Johnny Swinger in the build-up further cements this. Which is not to say that Swinger hasn’t been tremendous since his return – honestly, this may be the best stuff he’s ever done. Although he’s banned from ringside, Swinger will likely get involved somehow, but his shenanigans will backfire and cost Chris Bey the match.

The best thing about this gauntlet match is that any of the women could win, and it wouldn’t seem unreasonable. Madison Rayne has been behind the commentary desk lately, so they may give her the win as a reward for stepping up for double duty. Su Yung’s transformation to Susie has been a long journey, but it seems as if her normalcy is fading away, so perhaps she taps into her evil nature to pull out the win. Of course, Taya is a perennial contender, and a former champion, so she could also be a viable choice. Or will her love triangle with Rosemary and John E. Bravo foil her plans?

Our Prediction: Kylie Rae will get the surprise win.

If you’d have said that Tommy Dreamer would be competing for a world championship in 2020, we’d have assumed you’d taken too many Singapore Cane shots to the head. But here we are. The “Old School Rules” stipulation should be the saving grace here and may elevate this to be one of the more fun matches of the night.

Our Prediction: This looks like a job for Super Eric! Eric Young makes his return to the company and helps Tommy Dreamer win the title.

The Deaners seem like they would answer the challenge, or perhaps it could be the Desi Hit Squad make a comeback. But neither of those would be particularly surprising, and since this will likely kick off the PPV, they will likely want to start off with a bang.

Our Prediction: Curt Hawkins and Zack Ryder answer the call. But there is no definitive winner – the two teams get attacked by a returning Aces & Eights faction led by D-Lo Brown and Bully Ray.

Before the show, Impact will be hosting an online CELL-ebration event on Zoom. The event will include Q&A sessions with various Impact stars, interactive trivia contests, and prizes. Attendees will also get a Slammiversary T-shirt, a Cameo video message, and other goodies.