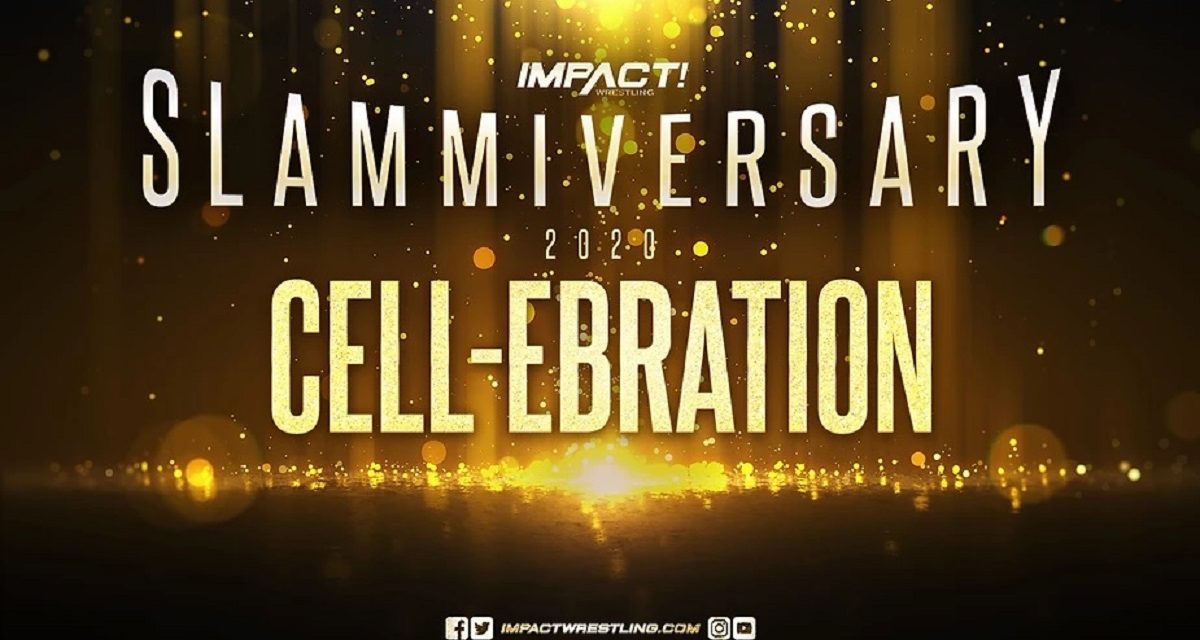 Impact Wrestling has always been a fan-friendly company. In the past, their Fan InterACTION sessions, which were held before PPV events, would give fans the opportunity for meet and greets, autograph and photo sessions, and various other treats. The company resurrected the idea to fit today’s social-distancing reality by offering a virtual session earlier today, in advance of Slammiversary.

Hosted by Josh Matthews – joined at times by his recent commentary partner Madison Rayne – the two-hour virtual “CELL-ebration” session, allowed 100 fans the chance to get to know the roster, ask them questions, and win some prizes along the way.

Matthews capably conducted the session, keeping the event moving, interviewing various stars, and even providing 1-on-1 Zoom lessons to many of the fans who had trouble finding the unmute button.

Some of the wrestlers who were interviewed pretty much stuck to the script and hyped their matches. Ace Austin, for one, mainly focused on his world title opportunity, saying that it was “inevitable” that he would walk out of the show as the Impact World Champion. Moose – stylishly decked out in a blue checkerboard blazer jacket and a bright red facemask – was another, dismissing any thought of potentially unifying his self-professed TNA Championship with the Impact World Championship, as he doesn’t consider the latter to even be legitimate. 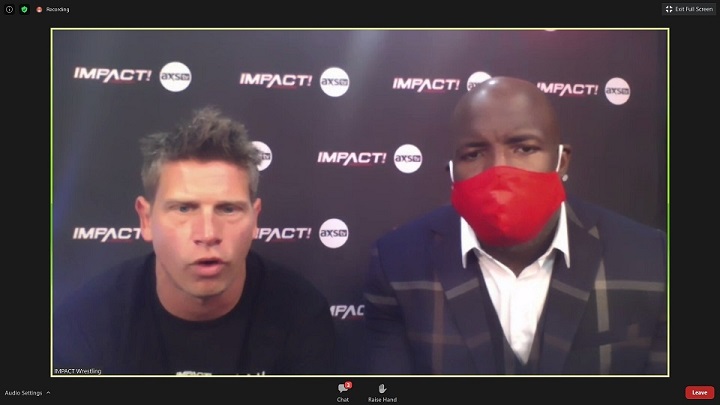 But it was when the wrestlers let their own personalities shine through that the event kicked it up a notch. Rhino, for example, talked about his original ECW days, and shared some of the private jokes he shared with Steve Corino back then. 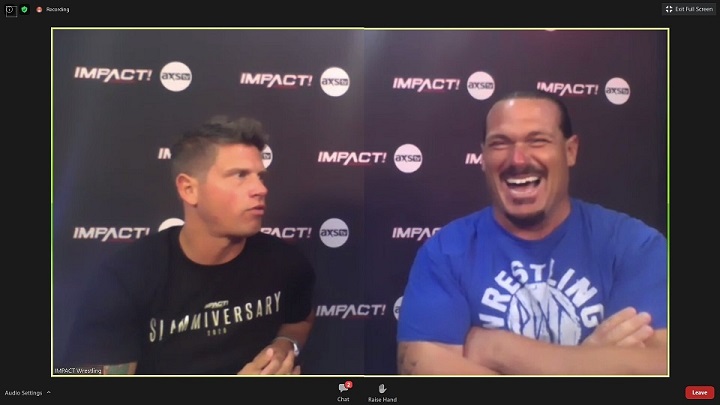 Sami Callihan’s boisterous personality and sense of humour really shone through as well. He jokingly smacked Josh Matthews around a bit, and joked that Steve Blackman would be one of the surprise debuts tonight, and practiced a forced smile since his teaming with Ken Shamrock against The North was making him a de-facto good guy (despite his “Rudos” baseball hat). 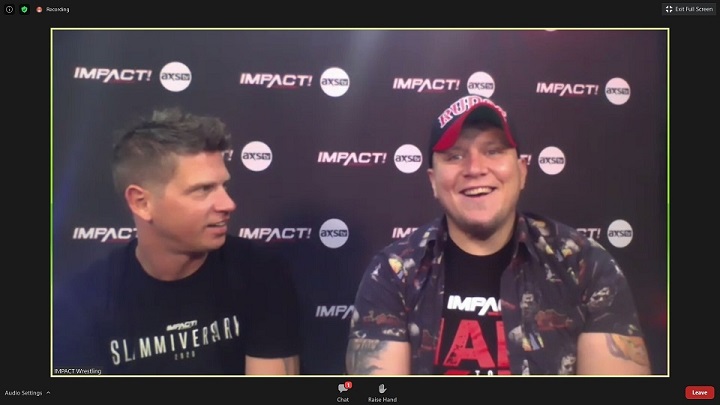 Between discussions, Matthews and Rayne promoted Impact trading cards and there were a few segments where the cards were unpackaged and displayed (all fans in attendance received a few packs as part of the experience, along with a T-shirt and some other goodies).00

Some of the discussion involved speculation as to which stars would be making their debuts or returns to the company, either tonight or in the coming weeks, as many of the recent WWE departures have hinted that they will be making Impact their new home. Names that were dropped – though not confirmed – included Eric Young, Mike Bennett, and EC3.

The best interview of the day was the one Madison Rayne did with Deonna Purrazzo who competes for the Knockouts Championship at the PPV. They talked about how Deonna had actually appeared for the company for two matches in the past before finally signing a contract years later. Recalling her journey, Purrazzo got pretty emotional, tearing up at one point, when noting that she now has the chance to follow in the footsteps of the past champions that she admires so much. For people who don’t know really know Purrazzo, this was an excellent segment for her to let her likeability shine through – if they have time, they really should edit this and show clips on the PPV as part of the pre-match package to add to her babyface appeal. 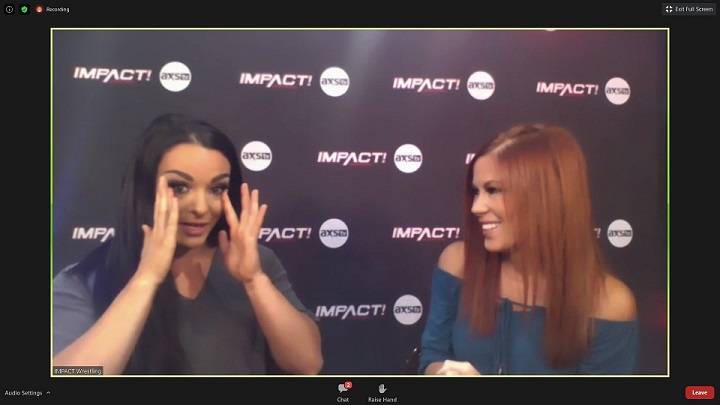 Based on the comments in the Zoom chatbox, the fans who attended the CELL-ebration enjoyed themselves and had a lot of fun. And while the experience obviously wasn’t the same as a live and in-person fanfest, it was the next best thing. And, as the fan who got to ask the final question of the day said, “With everything else that’s going on in the world, this is the type of thing that wrestling fans want… and that many of us need right now.”