Cookies, Coke and Cowboy Boots aka the Latest Episode of Dark Side of the Ring 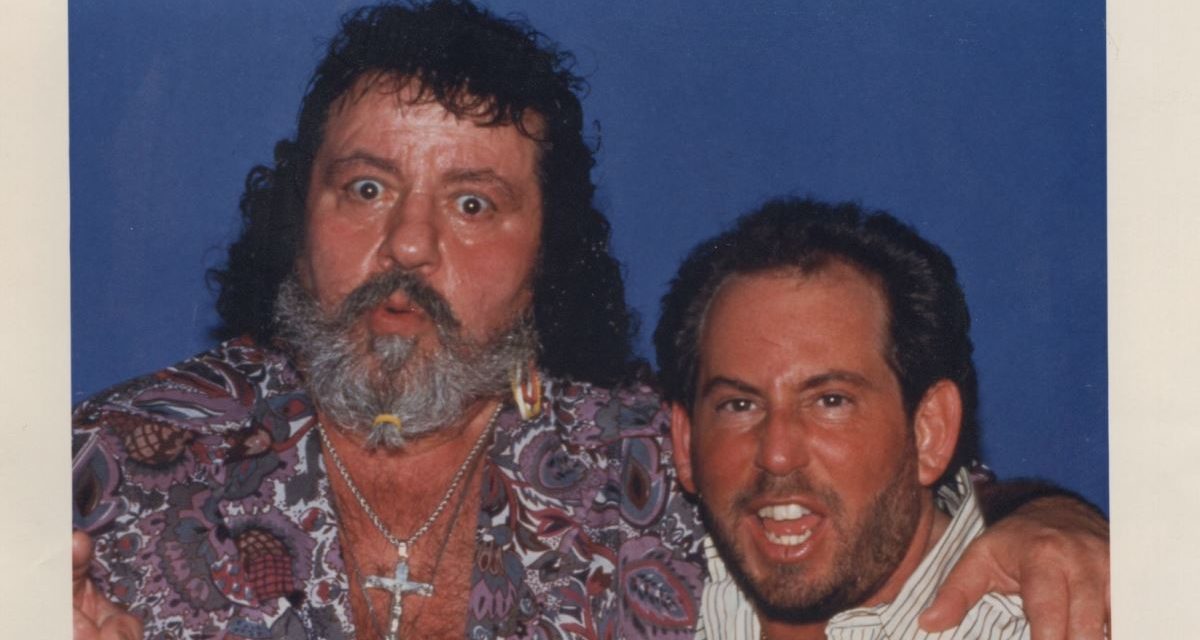 Author and WWE Hall of Famer Mick Foley gave viewers his take on the latest episode of VICE’s Dark Side of the Ring by tweeting before its airing: “Yes it is a tragic, cautionary tale – but as far as tragic, cautionary tales go…it’s a lot of fun!” I’m not one to usually disagree with Foley, but I’m not sure fun is the most accurate adjective here. But as the series name says, we are definitely exploring some dark territory.

Brace yourselves, here we go into episode eight of season two otherwise known as Cocaine & Cowboy Boots – The Herb Abrams Story. The first segment introduces us to uber pro wrestling fan and cowboy boot enthusiast (more on that later) Abrams and his Universal Wrestling Federation (UWF) which debuted on October 1, 1990. It was a federation of big names (including Bruno Sammartino on commentary) and high expectations fueled by Abrams’ desire to take on Vince McMahon’s World Wrestling Federation (WWF, now the WWE).

“I really believed I was stepping into something new and cutting edge with Herb Abrams and the UWF,” shared Foley, who was a member of the UWF roster amongst wrestlers including Dr. Death Steve Williams, Chief Jay Strongbow and Mr. Wonderful Paul Orndorff.

Wrestling historian John Arezzi, who has had many roles in professional wrestling from radio host to hosting one of the first ever pro wrestling conventions, remembers the eccentric Abrams wanting to launch the UWF and recruit talent during one of his conventions. He dubs the resulting press conference “a circus” as Abrams famously said Blackjack Mulligan would be his booker even though Mulligan was incarcerated at the time and Bruiser Brody would be one of his top stars even though Brody had been murdered in Puerto Rico a year ago. You’d think that would be a giant red flag and the end of UWF before it started, but no.

“It was farfetched, but it wasn’t, because the entire wrestling business is farfetched,” remarked Foley. “His (Abrams’) belief in his own words made people around him want to believe.”

UWF wrestlers and managers Rick Allen, Steve Ray, B. Brian Blair and Marty Yesberg are also interviewed and share their first impressions of Abrams and the big promises he made to them. Interestingly enough they all admit to some degree, not to really know Abrams the person nor even his background before agreeing to go into this venture with him. The only person who really seems to know Abrams is UWF General Manager, Lenny Duge, who says he was Abrams’ best friend. The segment ends with Yesberg going to meet Abrams about joining UWF and being set up in a two bedroom hotel room that was “all that and a bag of chips.” According to Yesberg, Abrams would come to the room that night accompanied by two high priced call girls and plenty of cocaine.

The second segment focuses on Abram’s preoccupation with wanting to put McMahon out of business and his often outlandish attempts to grow UWF.

“Herb was doing everything in his power to intentionally needle McMahon and to piss him off,” observed Arezzi. “He wanted to squash Vince. He wouldn’t even be happy with peaceful co-existence. I think he just wanted to put the guy down.”

Abrams launches his first attack by claiming he has acquired Andre the Giant. After Andre’s first appearance on UWF, McMahon quickly gets Andre to return to the WWF. It becomes clear very quickly that Abrams is out of his depth and maybe his mind. Abrams takes on a larger on-camera role for UWF, starting a feud with Yesberg. Merchandise, featuring cookies, and a 1-900 number are launched. And of course this all leads up to the inevitable: an inaugural pay-per-view. Dubbed Beach Brawl, Abrams decides it will be held at the Manatee Civic Center in Palmetto, Florida. Duge ends the segment realizing that the venue is too immense and that “there’s no way in hell we can sell this building out.”

The third segment has the pay-per-view approaching, but Abrams would much rather party and snort booger sugar than prepare. Duge tells Abrams that he has to go to rehab after the pay-per-view or the two will no longer be able to work together. The pay-per-view happens and it’s a complete financial disaster to say the least. Thousands of empty arena seats. Cheques that bounce. It looks like the end of the promotion is near.

Blair recalls going to Abrams to get his paycheque only to find Abrams naked with two (also naked) call girls and piles of cocaine on the nightstands. Blair recalls Abrams paying each of the ladies $2000 and he thinks to himself, “How long is this promotion going to last?”

Yesberg then talks about an incident from a South Carolina show when Abrams “pulled a fast one.” Yesberg says the television crew threatened to walk out if they weren’t paid. Abrams then gets his bank on the phone to let everyone know his account indeed has millions of dollars in it. This next part gets odd and confusing. To be completely honest, I’m not sure why this section was kept in the episode without at least having the narrator Chris Jericho give more clarification. But here goes: Yesberg says that Abrams had two bank accounts; basically one with money in it and one without. Abrams then pays the television crew and I’m assuming the talent with cheques from the account with no money.

Then “all hell broke loose” according to Yesberg. Not sure how everyone knew the cheques were bad so quickly, but again I’m not in charge of this episode. Yesberg continues saying some of the guys working the show even threatened to throw Abrams off the fifth floor balcony. (So are we still at the arena or did this happen at the hotel afterwards? So irritated by the confusion! ) The segment ends with Yesberg saying people even wanted to kill him just because he was associated with UWF.

The fourth segment has Abrams still partying and Allen and Ray discuss Abrams’ extreme paranoia, recalling how he often thought there were recording devices in his hotel rooms or people watching him. They both also claim that Abrams would often destroy furniture looking for said bugs. It is here we also learn from Yesberg that Abrams never took off his cowboy boots; not even when he was naked. And now I’m never going to get that awful image out of my mind. The things I go through for SLAM! readers.

After the success of WrestleMania IX being held in Las Vegas, Abrams decides he should ride their coattails and host a pay-per-view there too. Yep he didn’t learn after the failure of his first pay-per-view. While the resulting Black Jack Brawl hosted at the MGM Grand sees many big names and Foley in a match with his idol, the late Jimmy Snuka, there are again countless empty seats. Arezzi notes that Abrams might have been “coked up” and that the night was a mixture of being hilarious, sad and weird. Blair and Duge note Abrams was acting very strangely, twitchy and jumpy during the event. The segment ends with Foley and Ray sharing that their cheques from this event didn’t clear.

The fifth segment has Abrams’ dreams finally ending with his death on July 23, 1996. Abrams’ death has become the source of several pro wrestling urban legends, as no one really seems to know what exactly happened. Even the interview subjects have varying accounts ranging from Abrams spending his final moments covered in Vaseline and cocaine to him tearing up the room with a baseball bat to him chasing call girls with said baseball bat. It was disappointing not to have a representative from the police force and/or a family member of Abrams to provide a definitive explanation and clear the air for viewers.

“The one thing I know is that Herb Abrams left this world doing what he loved: cocaine and hookers,” concluded Blair.

No offence to Blair, but I felt cheated after this segment. I am very inquisitive by nature and need to know everything. I still have so many questions and there’s only a few minutes of the episode left!

The sixth and final segment has everyone reflecting, some with great emotion, on Abrams’ death. I found the outpouring of emotion unexpected because after watching this episode, I couldn’t come up with any redeeming qualities for Abrams. He sounds like the most irresponsible and terrible boss ever! And no disrespect to Foley, but where’s the promised fun he tweeted about?

Yesberg reveals that he feels Abrams is still alive, while Duge says his friend would have made contact and not stayed away for 30 years. Allen visits Abrams’ grave and expresses that UWF could have been great if the promotion had received more backing and support.

“I think Herb Abrams was this bizarre character who wanted to become a major player in the pro wrestling business and he was never able to succeed because he got in his own way,” declared Arezzi.

Foley concluded the episode by saying if Abrams was still alive, he’d be doing “time.” Foley also said he would have visited Abrams in jail and the two could each toast with milk and eat UWF cookies.