The Revival speak out on Jericho’s podcast 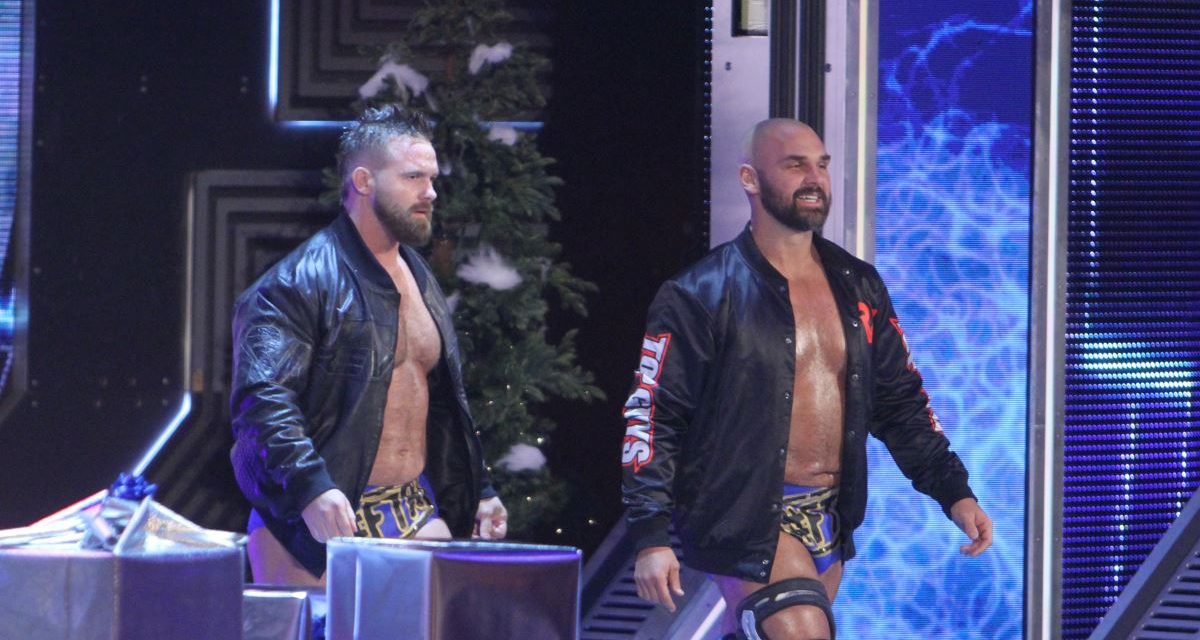 On today’s Talk Is Jericho podcast, Daniel Wheeler and David Harwood (known in the WWE as Dash Wilder and Scott Dawson of The Revival) had a lot to say about what went on behind the scenes during their time in the WWE.

Jericho addressed the pair by their new names: The Revolt (Cash Wheeler and Dax Harwood).

“I don’t want to speak for Cash but I think we are happier than we have ever been,” said Dax Harwood on their exit from the WWE.

Acknowledging that it was awkward in and outside the ring to assume new names, Cash Wheeler revealed where the name ‘Dash Wilder’ came from. He was never in love with the name ‘Dash’ from the start but he stayed with it because it was the name Dusty Rhodes gave him in NXT. Dash was based on the moniker ‘Dashing’ which was given to Cody Rhodes during his time on Smackdown.

“I never told Cody and I won’t hear the end of it now,” laughed Wheeler.

The Revolt explained the main reason why they left the WWE was because tag team wrestling wasn’t being featured as they believed it should be.

“We were adamant that in the long-term not a lot of attention was being paid to the tag team division. There are so many good tag teams there that could contribute so much more,” said Wheeler.

The one angle that denigrated the division was when Braun Strowman and a 10-year-old Nicholas won the Raw Tag Team Championships from The Bar at WrestleMania 34.

“Nothing against Braun. I think Braun’s a great guy. I get along with him really well but he had steamrolled the entire tag team division and then Strowman and a 10-year-old +won the tag titles at WrestleMania. And then no tag teams were featured on SummerSlam until the last minute they added the women’s tag titles, which I’m all for. It’s just it was so last minute people didn’t even know. So, we wanted to make a point like…Look, the tag team division doesn’t get respect, it doesn’t get the time a lot of these teams deserve and we want to take chances on ourselves,” said Wheeler.

The Revolt was given their release almost 15 months to the day they asked for them. According to the team it was a “tense” back and forth with WWE management the entire time with the team being promised the belts and a long run. The Revolt claim their concerns were never about the winning the belts though. They wanted the entire division to be spotlighted so everyone would make more money and receive more attention for their hard work.

“We knew underneath it all there would never be a real push for real tag teams. For whatever reason, I don’t know what it is but if you are in the tag team division and you are two singles guys thrown together, you have a much better chance of being featured than if you are a standard tag team,” explained Hardwood.

A short time before they were released, sketches of a proposed new gimmick for the team surfaced and were promptly roasted by wrestling fans and other talent. 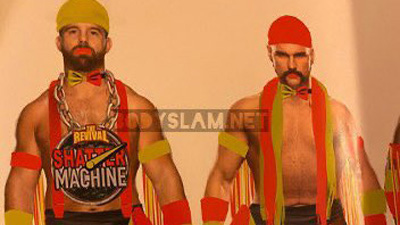 The proposed new gimmick for The Revival. Photo: Bodyslam.net

Wheeler detailed how that debacle came to pass.

“They gave us the last big spiel about how they wanted to use us. It was all Vince’s idea. We had a meeting with Vince and he presented us with these characters that were less than flattering to us. It wasn’t what I felt that we could represent or should represent and I don’t know too many guys who would if they have any kind of self-worth or if they believed in themselves as characters, as people, if they would have taken that opportunity. And we just said…No, it’s time for us to go,” he recalled.

No matter where the team ends up The Revolt has a clear focus on what they want to accomplish going forward.

“I think that was our biggest factor in leaving is that we could go out and prove to everyone that we are the absolute best tag team on this planet. And I say that with as much humility as I can muster from my guts. There is not a tag team on this planet that is as good as we are, that is as fluid as we are and has the one goal, the one common goal in mind and that is to be the best,” vowed Hardwood.

You can listen to Jericho’s entire interview here.