The Big Brother Canada house better be ready to rumble this season.

Global TV has revealed that pro wrestler Sheldon Jean will be one of the houseguests competing for the grand prize of $100,000 this season. 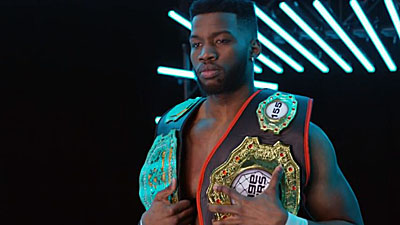 Jean has competed for Border City Wrestling, Pro Wrestling NOAH and Impact Wrestling, among other promotions.

The Ottawa native even brought a little bit of the squared circle to his intro video.

“To be the man, you have got to beat the man and I plan on being the man this year,” he said quoting Ric Flair.

Jean also said that performing in front of a crowd will help him do well in the Big Brother house.

“My main goal is to be the best Big Brother player of all time. Anything besides first place is a failure,” he said.