What’s black and white and grey all over? If you’ve been to an independent show in Ontario in the past 20 years, you’ll know the answer to that is referee Jim “Old School” / “Eddington James” Connolly. And, contrary to what that joke may suggest, he’s a good buddy of ours at SLAM! Wrestling. And we’ll make it up to him by buying him a beer on January 1st, where he’ll be refereeing at a Deathproof Wrestling show.

Connolly is a mainstay at the Deathproof shows, and he’s looking forward to going back to The Rockpile (5555 Dundas West, Etobicoke, Ontario) after a lengthy absence from the venue. 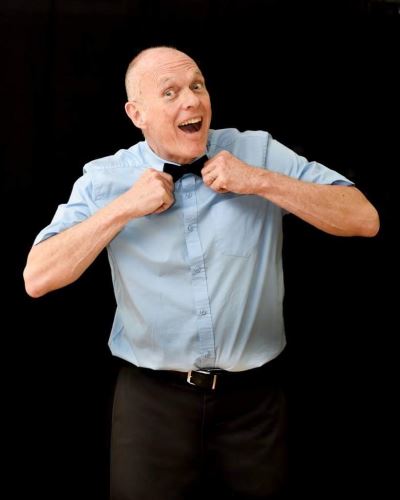 “Deathproof is always unique because it really makes everyone feel like a part of the family,” said Connolly. “The Rockpile venue makes it even better, because that venue really helps give the show a party atmosphere. It’s going to be a great way to kick off the new year.”

It’ll be a year in which Connolly hopes to get in the ring a lot, though he’s not sure he’ll surpass the 200 matches he reffed in 2019.

“I live in Elmvale, and that’s about a two to four hours drive to (most of the) shows. I do two or three shows every weekend. The driving — which I mostly do alone — is getting to me. So I’m cutting down a bit this year, but I’m not retiring yet!”

Indeed, at 65 years old, Connolly isn’t only refereeing, but has actually donned the tights on occasion, wrestling under the name The Zumba King.

“I started training at 63,” he explained, “because I thought it would be me a better referee if I learned more about the wrestling profession. I trained under (Ontario-based wrestler/trainer) Rip Impact. I got to do a few Rumbles, but to be honest, the quote-unquote wrestling was really just about the entrance and was a fun moment for me and the fans. I use Zumba dancing as part of my training, so that was a natural name to use. But I would never say I was trying to compare myself with the wrestlers, who work and train very hard to do what they do.”

Respect for the wrestlers is something that Connolly undoubtedly gained through his friendship with legendary Toronto trainer Ron Hutchinson, with whom he became friends back in the 1970s. He attended plenty of shows as just a fan, and even a few major fan fests and conventions. 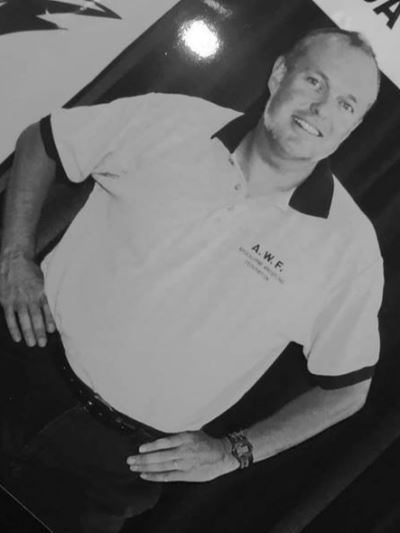 Just starting his refereeing career in the AWF in 2001.

Since then, he’s worked for nearly every promotion in Ontario, and his list is like a history lesson of the Ontario independent circuit.

“AWF, Deathproof, Rock Solid, PWA, Demand Lucha, Greektown,” he listed. “I worked a House of Hardcore show for Tommy Dreamer. (A highlight for me was) a Fight Network exclusive event, where I got to ref a TNA World title match between Jeff Jarrett, Samoa Joe, Sabu, and Rhyno.”

Next year, in addition to his regular shows, he’s going to debut for Northcumberland Pro Wrestling and 365 Pro Wrestling.

Indeed, Connolly’s become such a familiar face in Ontario, and is so recognized as a character, that he actually has a fan base of his own. That popularity eventually led to him selling merchandise and posting videos on his Facebook site hyping his upcoming events. Though well-intentioned, some wrestlers felt that he was encroaching on their territory and that Connolly was trying to take away some of the spotlight.

“I’m a character because of my age, so I did take advantage of that for a short time,” he acknowledged. “I sold merch for two years, but have stopped. In terms of the outlandish promos, I did it for promotions that encouraged me to do so. Again, that was part of me learning the different aspects of the business. But I have never intentionally tried to take anything away from the wrestlers, their matches, or their merch sales.”

Indeed, Connolly is humble — and at times seems even surprised — about his longevity as a referee, and the opportunities he’s had.

“I’m lucky to have had a chance to referee stars like the Young Bucks, and legends like Ultimo Dragon, Jake ‘The Snake’ Roberts, and Abdullah the Butcher. I love that I’ve been able to see young workers progress and succeed, and sometimes even sign with the major worldwide companies.” He’s also hung out with other legends at Cauliflower Alley Club reunions in Las Vegas.

“I have no illusions of getting a shot at ‘the big time.’ Honestly, I feel blessed to be a very small part of the indy scene in Ontario. It’s given me the chance to be part of some great shows, make some life-long friends, and lets me have fun doing what I love.”

Deathproof Wrestling runs “Hair of the Dog”, January 1, 7 p.m., at the Rockpile West in Etobicoke, Ontario. Matches include: a 100 Cheese Graters match, and an Intergender Tag Team Tables match. Tickets are available here.