Former WWE superstar and Survivor contestant Ashley Massaro has died at the age of 39. She is survived by her daughter Alexis, 19.

TMZ reported that the cause of Massaro’s death is not yet known only that she was transported from her home in New York to a hospital Thursday morning. 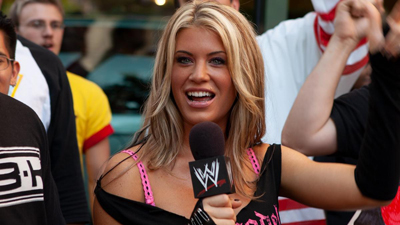 The WWE issued a statement saying: “We are saddened to learn of the tragic death of former WWE Superstar Ashley Massaro. She performed in WWE from 2005-2008 and was beloved by her fellow Superstars and fans around the world. WWE offers its condolences to Ashley’s family and friends.”

Massaro won the WWE Diva Search in 2005 which included $250,000 and a one-year contract with WWE. Although she didn’t win any titles during her three years with the WWE she teamed with Trish Stratus to feud against Candice Michelle and Torrie Wilson as well taking on Mickie James and Melina.

Her rivalry with Melina would lead to a WWE Women’s Championship at WrestleMania 23.

In 2008, Massaro asked to be released from the WWE so she could look after Alexis who was ill.

She joined the cast of Survivor: China in 2007 but became the first player to be voted out on Day Three.

Massaro had a successful modeling and television career winning Miss Hawaiian Tropic USA in 2002 and Miss Hawaiian Tropic Canada in August 2004 and appearing in a number of fitness magazines. She made guest appearances on TV’s Smallville and The Sauce. She also appeared in Playboy.