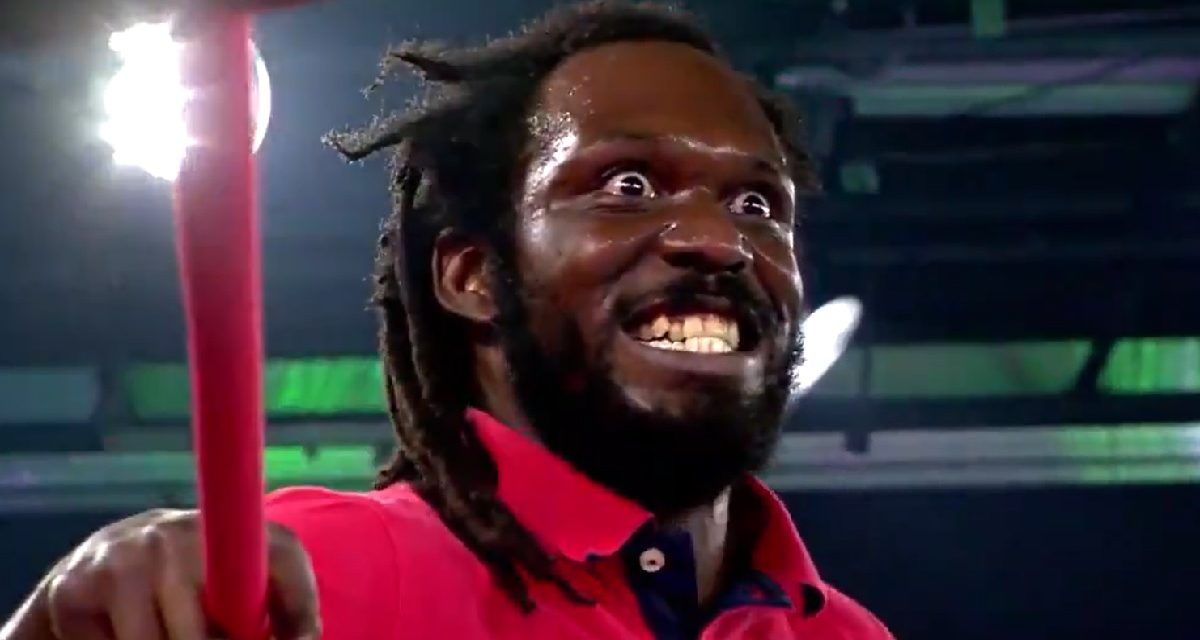 Rich Swann made his Impact Wrestling debut against Cult of Lee member Trevor Lee on this week’s Impact taping. Swann is attempting to rebuild his career after being released by the WWE following his arrest. Swann has rebounded since the arrest and shared his personal trials and tribulations.

Swann was excited that he had the chance to showcase his ability against Lee. “I can’t even put into words, especially given the opportunity to just kill it. Impact Wrestling at the college in Windsor, the crowd, they were ecstatic. They were hyped from the first match to the last match. There was no loss of emotion,” said Swann Wednesday afternoon on an Impact Wrestling media call. 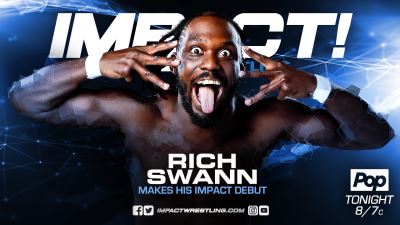 However, earlier this year after WWE released Swann, he wasn’t passionate about wrestling and hit a low point in life.

“I am a human being myself. I kind of fell into a depression. I felt like professional wrestling for me … maybe I should step away. So, I tried to figure something out for myself and me and my wife, we talked it over. I went to the New Orleans WrestleCon and I went to the Impact vs. Lucha Underground and some of the things that I saw, Teddy Hart, Austin Aries, Scott Steiner, Pentagon. All these guys going up and killing it,” said Swann.

“That feeling never goes away. I just decided that I just got to get back in there and I got to find myself and lo and behold, they gave me the opportunity and they gave me the chance, and I’m not going to let that fade.”

Walking into the Impact Wrestling locker room gave Swann social reconnections to many of the wrestlers.

“It felt like I was walking into my home because all of these guys, I’ve known for a very long time and it’s like they brought in family. They assured me that this is a place where we are going to focus on entertaining these people, putting on the best show that we can and look forward to growing as a company and as a whole they accepted me in this company,” said Swann.

This new chapter in Swann’s life is enhanced with the knowledge that he has taken with him from his time at the WWE, primarily as a cruiserweight on 205 Live. “One of the things that I’ve learned (from the WWE) is storytelling, and my wrestling. Making everything mean the most. Making the most out of everything that you are doing in that ring and trying to give the fans their money’s worth. That’s one thing I’ve definitely taken from the World Wrestling Entertainment. To every single company and every single person that I’ve wrestled, I’ve applied my style,” said Swann

In addition to taking his old knowledge that he learned in WWE, Swann put a new twist on his appearance with a new hair style. “There is legend named Minoru Suzuki and I’ve always been a fan of his hairstyle. Always loved it. The crazy designs. The crazy shaved bald in the front with the designs but, oh wait a minute, if you look at the back of his head he has this long pony tail.”