Matt Cappotelli, who was a co-winner during the third season of WWE Tough Enough, has died, a year after his second surgery to combat brain cancer. He was 38.

“Hey Team Capp…I’ve been struggling with what to say and how to say this, and I’ll probably end up rambling, but here goes. Today my love-my strong, sweet, beautiful love-took his last breath at 3:30 a.m. and went Home to be with Jesus…exactly one year after his brain surgery. You think you can be prepared for this when you know it’s coming, but you just can’t. The only person who’s comfort I want right now is the one who can’t give it to me. I miss him so much. I know where he is now is so much better, but it doesn’t change how much I miss him.”

A native of Caledonia, New York, born November 12, 1979, Cappotelli attended Western Michigan University, where he played football. But pro wrestling called to him, and he came to the attention to wrestling fans through the WWE’s reality show to find new talent. 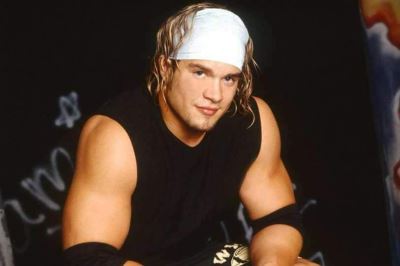 The third season of Tough Enough came to a close in January 2003. John Hennigan, who would go on to wrestle as Johnny Nitro, John Morrison, Johnny Impact, and more, was initially announced as the winner, but then Cappotelli was named as a co-winner.

Cappotelli never got much time on WWE programming however, seeing on sporadic appearances, before being assigned to Ohio Valley Wrestling, which was then a WWE-affiliated developmental promotion.

On August 3, 2005, Cappotelli captured the OVW Heavyweight title, beating Johnny Jeter; he was champion for three months before coming upon a foe he could not defeat — a brain tumor that eventually proved to be cancerous. He surrendered the title on February 8, 2006. WWE kept him on its payroll until January 2009, when he was released. He worked as a personal trainer in Louisville, Kentucky, while battling health issues.

A major part of the brain tumour was removed in 2007. Ten years later, Cappotelli shared the news that the tumour had returned.

In a 2010 interview, Hennigan said he kept in touch with Cappotelli. “He’s one of the most positive people that I have ever known. It’s great that he’s so positive because of all his difficulties health-wise, luck-wise,” he said.

Naturally, Hennigan mentioned the what if? “We still talk about it, the possibility of him coming back. I think it would be awesome if he did, but it’s only if his health issues permit him to. He’s one of the most natural and charismatic babyfaces that I’ve ever had the chance to work with or be around. I always think it’s a real shame that he never got a chance to show that to a bigger audience, and tell his story on the biggest stage of them all, which is World Wrestling Entertainment.”

In an interview with Ruth Schenk, of Southeast Christian Church, Cappotelli talked about two of his tattoos. One on his right forearm read “It is finished.”

“‘It is finished’ is a daily reminder of what Jesus did on the cross for all of us,” Cappotelli told Schenk. “It’s the culmination of His purpose in coming here—to die and take our punishment. If He can do that for me, then I need to fulfill my purpose. Anything I have to go through pales in comparison to what He went through for me.”

On the other arm, the Hebrew letters for “through His blood, I am healed” were inked on Cappotelli’s skin.

Visitation will be from 3:00 pm until 8:00 pm on Monday, July 2, 2018 at Newcomer Cremations, Funerals & Receptions (235 Juneau Drive, Louisville, KY 40243). Visitation will continue on Tuesday, July 3, 2018 from 12:00 pm until 2:00 pm in the Fireside Room at Southeast Christian Church (920 Blankenbaker Parkway Louisville, KY 40243) with the funeral ceremony to begin at 2:00 pm in the Chapel at Southeast Christian Church. In lieu of flowers memorial contributions may be made to ABC2.org and/or bu.edu/cte. For more, including a spot to leave memories, see the funeral home web page.