With the death of Stan “The Big K” or “Krusher” Kowalski on October 20, 2017, the world lost more than just a father, a World War II veteran, a tireless fundraiser, and a professional wrestler. It also lost a great friend. 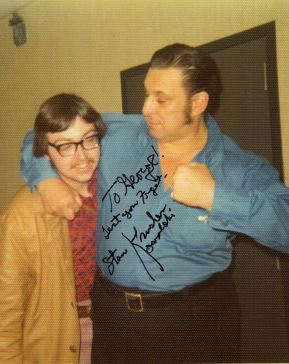 While I knew Bert Smith — his real name, but that’s beside the point — and had interviewed him and hung out with him on a few occasions, and penned a lengthy feature on him in 2011 (“The Big K” Stan Kowalski gives and gives), I don’t pretend to be one of his pals.

To mark Stan’s passing, I am pleased to be able to share two posts by long-time Minnesotan industry insiders, both of whom I consider friends as well.

They say it far better than I can.

Mick Karch is a long-time fan, even running a fan club for Nick Bockwinkel, until he later got involved in the business as an announcer, including in the final days of the AWA. Here’s his post from Saturday morning on Facebook:

It is with deep sadness that I announce the passing of my dear friend and one of the greatest human beings God ever put on this planet, Stan “Krusher” Kowalski. He suffered from a litany of medical issues for the past several years, and died peacefully on October 20, 2017.

Much will be written and said about Stan from this day forward. I will certainly share many stories about him. For now, my heart is so heavy I can’t find the right words to express the love and admiration I have for him. Not too long ago at a Steel Domain Wrestling event, I had the absolute honor to introduce Stan to the crowd at the Richfield American Legion, and they responded with a sustained standing ovation. Truth be told, we could stand and applaud him forever, and it wouldn’t be long enough.

Those who know me are aware that I had only two real wrestling heroes in my life, Nick Bockwinkel and Stan Kowalski. With Stan, it goes back all the way to the time I attended my first wrestling card as a child. My relationship with him has transcended 55 years. He has been a constant, a force, a mentor, a role model, and above all, a cherished, treasured friend.

As I stated above, I will share many memories of Stan Kowalski as time goes by. For now, let me just say this. For all of his achievements in the wrestling ring over a career that spanned well over a quarter century, the real Stan “Krusher” Kowalski was a magnificent man, a beacon of hope for the armed forces veterans in this country, particularly the homeless vets, as well as a tireless spokesman for the United Way. In every sense of the word, he is a Hall of Fame human being that will never—and I mean never—be duplicated.

To Scott and Stacy, I don’t have to tell you how much your Dad meant to me. Thank you so much for sharing him with all of us over all these years. Life goes on but will never be the same. I loved your Dad so much and my admiration for him is beyond words. Please cherish his memory.

God bless you. I am completely heartbroken. 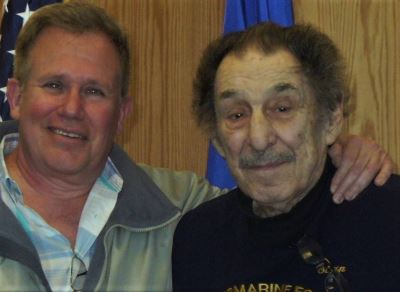 George Schire is a long-time fan, historian, author, collector, and an all-around “Authority” on all things AWA and Minnesota pro wrestling. Here’s his post from Saturday on Facebook:

STAN KOWALSKI, MY HERO, MY FRIEND!

This past week has been a difficult one for me. I went to visit Stan at the nursing home on Wednesday, as his son Scott called me and said that the time was drawing near. Seeing Stan was a treasure as always, but it was also extremely painful, as I too knew that his clock was slowly winding down. My heart was heavy for Scott and Stacy who were holding their Dad’s hand and trying to make him comfortable.

Last night at 8pm, I got the word from Scott that Stan was once again with Cleo, his beloved wife of over 60 years. I had pulled off the road to read the text, and my eyes were now to blurry to drive. Stan, you made me cry. I have the last precious memory of seeing you on Wednesday for the final time. When Scott told you I was there, you pointed and said, “George”. That made me smile, even though the sadness of seeing you so frail and tired will be my last memory of you, my life of memories can fill the universe.

As those of you who know me well, you know Stan (along with Tiny Mills) were the two wrestlers that turned me on, wait, make that got me addicted to professional wrestling back in September 1959. When I got to know Stan personally in the mid 1960’s he became a friend for all these years since.

There are dozens of wrestlers through the decades that I have liked, but my personal list of favorites is small. Stan Kowalski has always been on that list. I could say a million more things and share a million more memories, but there would still be million’s more to add. Scott and Stacy, thank you for sharing your Dad with the world and most of all me. My love and hugs to you both.

REST IN PEACE STAN, you’ve earned it. My prayers and sympathy to your family, friends, and fans. 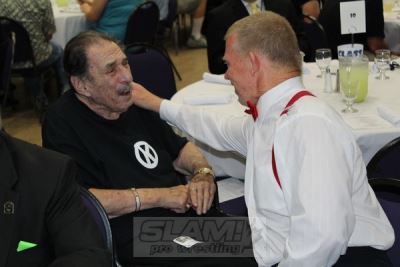 Stan Kowalski meets with Bob Backlund at the 2016 Tragos/Thesz Hall of Fame induction in Waterloo, Iowa. Photo by Greg Oliver

Even since the 2011 feature on Kowalski on this site, he’s been honoured for his efforts. It was a thrill to be in attendance at the Tragos/Thesz Hall of Fame banquet in Waterloo, Iowa, in July 2016 when Kowalski was presented with a Lifetime Achievement Award. Jason “The Wolfman” Sanderson and George Schire presented the unannounced award on behalf of the Improved Order of Redmen, formerly the Sons of Liberty. It is called the Patriot’s Award, and was presented for the first time to “Krusher.” The award was a recognition to his dedication to helping out American veterans.

In May 2017, he was brought to Target Field, home of the Minnesota Twins, where he raised the American flag and got a lengthy ovation.

And, in perhaps the most fitting of tributes, there is now a Stan Kowalski Award presented by the Veterans of Foreign Wars.