Rock Rims, who worked with “Rotten” Ron Starr on his autobiography, confirmed the passing of Starr on Thursday, and brought up something that Starr often told him, referring to his professional wrestling colleagues: “We’re dropping like flies.” 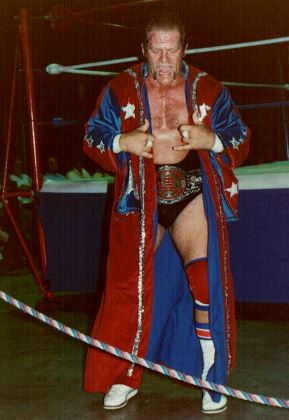 Ron Starr in Atlantic Grand Prix in the summer of 1989. Photo by Harvey Ring

It had been a rough road physically for Starr over the last few years. In 2013, he told his writer, “I’ve had three strokes and a heart attack,” and that “my memory is not what it should be.” Turns out it was four heart attacks and four strokes, bringing him close to death many times, along with his chronic pain in his back, neck and hips.

Fortunately, Rims was there to collect the life story of Nutt/Starr, and he gave some thought to Starr’s legacy:

“While some may say he was underrated in pro wrestling’s history, I have to respectfully disagree. I feel it’s more accurate to say that his impact and place in the mat game’s history was under-acknowledged. For anyone who ever watched him work, whether they were fan or peer, had nothing but the utmost respect for his ability to work in the ring, give the fans their money’s worth, and illicit an emotional response – whether that response was to cheer him on at the top of their lungs or call him ever curse word in the book.” 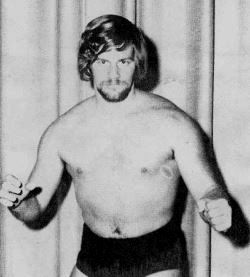 The book that Rims and Starr collaborated on, Bad to the Bone: 25 Years of Riots and Wrestling, was reviewed here on SLAM! Wrestling by Marty Goldstein, who called it an “essential volume for any true fan of the business” since it detailed the territorial system so well.

The foreword for the book was written by Mick Foley, who talked about Starr in his own groundbreaking autobiography, Have a Nice Day, explaining that the Continental wrestling territory was where he really learned to brawl:

“Rotten Ron Starr was a veteran wrestler with a forehead that looked like pink taffy from all the years of bloodshed he had endured. He had come to the territory even though Fuller and Golden accidentally injured his neck years earlier.

“I had my first match with Rotten Ron in Meridian, Mississippi, and we clicked right away. Rob (Fuller) had cut a great promo about Starr, saying he was hot at Cactus Jack because Cactus had done a number on Starr’s ‘love child that he’d had with a little senorita down around El Paso.’ It may have been a ridiculous premise, but Starr played it up big, to the point that he came across like on mad S.O.B. when he tore into me in Meridian. It was a true give-and-take match, with Starr giving out punishment and me taking it. We fought in the ring and outside it, up the bleachers and back down, and when I stumbled off into my dressing room, Starr returned to the ring to a huge ovation.

“The next day, Ron was putting me over big time and concluded by saying, ‘Do you know who you remind me of kid?’ My mind started racing. Who? Harley Race? Terry Funk? Ray Stevens? His answer was a bit of a letdown. ‘Mike Boyette,’ he said, beaming. I only knew Boyette as the guy who had run off over 100 straight losses in Bill Watt’s Mid-South group, and I guess Ron could see my confusion as he let me in on the fact that at his peak, Boyette, the California Hippie, was the premier bump man in the sport.

“We took out match around the loop, always ad-libbing and always creating new twists along the way. Our run peaked with a memorable and bloody TV brawl at the Montgomery Civic Center that left Starr as the unlikely biggest babyface in the company. Our feud was short-lived, however, as we received word that the company would be shutting down right after Thanksgiving.”

He was the first-born of five children to Oscar and Betty Nutt, of Atlanta, in 1951. It was also in Atlanta that Betty grew to love professional wrestling, sharing her passion with Bobby and his siblings through the years.

At 18 in 1970, expecting to be drafted anyway, Nutt enlisted in the U.S. Army. He spent “eighteen months in hell” in Vietnam before heading home. Like many, he had a hard time adjusting to regular life after wartime, but eventually settled into construction work alongside his father, and worked out at the YMCA — where he met some wrestlers. The rest, as they say, is history. 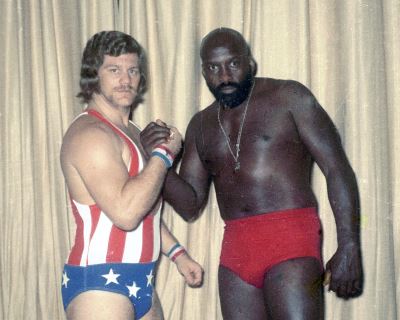 Though he never worked for the WWF/WWE, Starr has an impressive resume that includes titles in the Gulf Coast region, Central States, San Francisco, the Pacific Northwest, Los Angeles, Southeastern, Stampede, Atlantic Grand Prix, Memphis, and Puerto Rico. He also traveled to Japan, China and South Africa, and wrestled for a time as “Mr. Wrestling.”

He was also a two-time NWA World Junior Heavyweight champion, beating Pat Barrett in 1976, and then Les Thornton in a tournament in 1980. 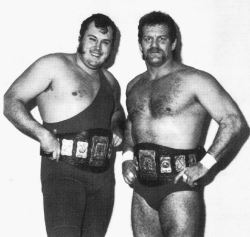 In 2013, Starr recalled all his time in Canada. “I started out in B.C. my first time up there. When I went back, I was in Calgary. From there, I went over to New Brunswick,” he said. “I made it all the way across, back and forth. I enjoyed working up there. It was expensive, the damn gas was expensive as hell.”

For some of his travels, his wife Jackie was alongside him as his valet Miss Peaches, particularly in the Maritimes and Puerto Rico. She also wrestled a bit.

Starr’s full-time career wound down in 1992.

“Ron’s being a pro wrestler also allowed him to follow his passion and do what he loved for a living, allowing him to fulfill a boyhood dream,” wrote Rims after Starr’s passing. “We should all be so lucky. It was a tremendous thrill to watch him wrestler, an honor to co-write his autobiography, and a privilege to have him as a friend.”