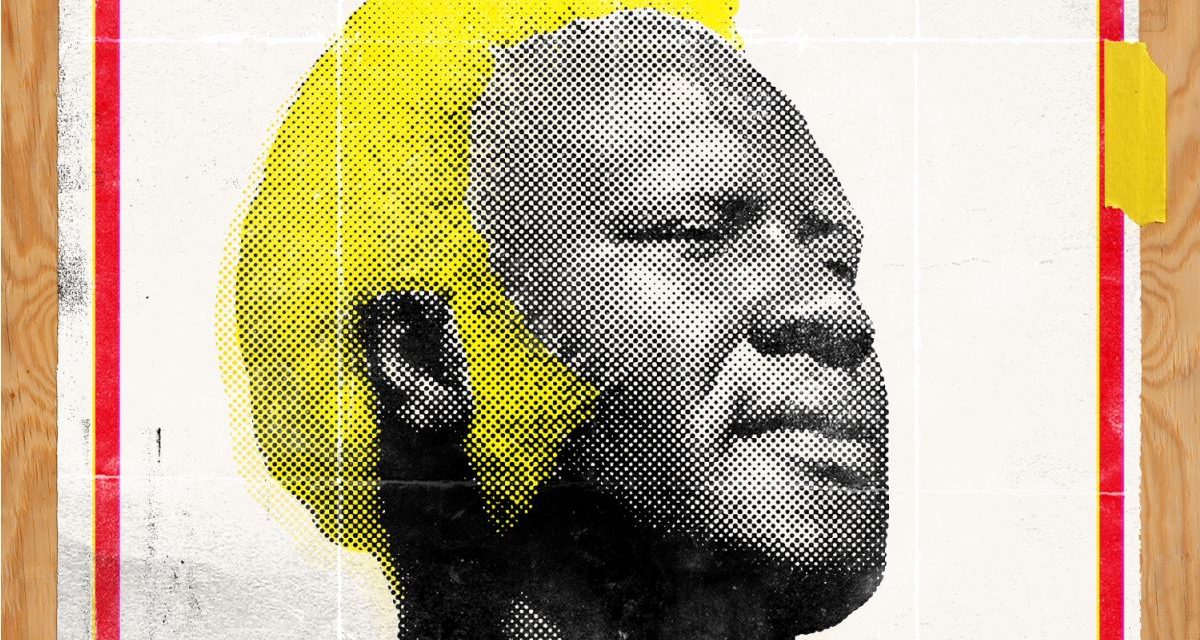 TORONTO – There was plenty to take away from the first public screening of the new documentary Sweet Daddy Siki on Friday night. There was the great reception that Siki himself got from the audience, one more moment in the sun at age 83. There was the satisfaction of a job well done, as I wrote the initial script and was a pretty major part of it. There was cake and champagne to celebrate. There were handshakes and hugs, introductions and shared stories. And there was a pretty decent hangover too.

Where to start in telling this story though, interweaved as I was throughout the process? 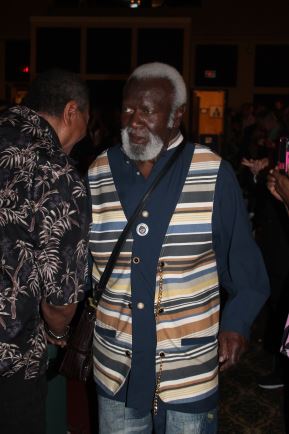 Sweet Daddy Siki heads down the aisle to his seat before the screening of a documentary about his life. Photo by Greg Oliver

Jian and Page Magen, hustlers extraordinaire, had been bugging me for years about convincing Sweet Daddy to let them tell his life story; after the success of their documentary about the Iron Sheik, who they had a long history with, they were eager for something new. And, for years, Siki had been telling me that he was working on his autobiography and not interested.

Then something changed. Over lunch a few years back, we all managed to convince Siki and his son Reggie that it was time, that no one is around forever and his story was compelling and worth telling. The money was a factor too, but not a big one, as Siki has always been careful with his finances.

So we all set off on a unique journey, but not as unique as Siki’s.

He’s the son of sharecroppers in Texas, with a father who drank and beat his wife. When his mother passed away, Siki and his siblings were taken in by his aunt and uncle in Los Angeles. There, he got into boxing and then pro wrestling, with a stint serving his country in Korea, just after the peace treaty had been signed, in there too.

Then it’s into pro wrestling, an African-American who got a big break on the wrestling show on the DuMont network, and an even bigger one when he befriended “Nature Boy” Buddy Rogers, one of the biggest stars of all time, who helped Reginald Siki get booked into New York.

The turning point, though, was deciding to bleach his hair white — shades of Etta James — which truly made him stand out. He became “Mr. Irresistible” and “The women’s pet, and the men’s regret.”

This is the Sweet Daddy Siki that most remember, the strutting, confident star with the white gloves, shiny outfits and a mirror to primp in front of.

Jumping ahead, he becomes a trainer, and mentors Ron Hutchison, Edge and Christian, among others.

All the wrestling info is pretty straightforward and common knowledge, so it was the goal of everyone involved to showcase other sides of Siki.

One of the continuing themes throughout the documentary is racism, and a comes in many forms. For Siki, marrying a Caucasian woman from Toronto altered his wrestling career, and therefore his life. Toronto became their home, in part because it was more racially tolerant, and he was seen in rings across the Great White North. The story of their relationship and Anne’s illness and passing is among the most emotional moments in the doc.

The story of Siki’s life is not complete without the music too. He always sang, including recording a single in the 1950s, followed by his three country music albums decades later. For the last 20 years, he’s deejayed and run karaoke around town. For me, one of the most magical moments is when Siki and country music legend Charley Pride do a little duet. He was over the moon with excitement on that one, and I take great satisfaction in suggesting the meeting in the first place.

There are plenty of moments like that in Sweet Daddy Siki for me — things that I suggested, questions that I asked (and re-asked), locations that I had a hand in securing, people that I lined up for an interview. Getting to spend so much time with Siki was pretty awesome, and I am honoured to have gained his trust — the film wouldn’t have been made without it.

There’s plenty on the cutting board too, many other people who were interviewed about Siki that just couldn’t be fit into the doc. Producer Jeremy Shell called me and Keith Elliot Greenberg the “conscience” of the film, since we went for accuracy with the wrestling side of things, which as a pretty cool compliment (as was Page Magen calling me the “nicest guy in wrestling”).

While this is hardly my first time on screen, it was my first writing credit for a film. I wasn’t exactly sure how I was supposed to feel about it, but I was not nervous. No, that was the director, Harv Glazer, who admitted to me before the movie began screening at the Revue Cinema in Toronto’s west end that he was on pins and needles, worried about what people might think.

In the end, people laughed where they were supposed to, cheered in a couple of spots, and all came out of it having enjoyed the film (even if the mix in the theatre had the music too loud).

“I got to tell a story of an amazing man,” Glazer said after. “We could have made five movies about Sweet Daddy Siki.”

On Sunday night, the rest of the Canada gets to see Sweet Daddy Siki too. I’m certainly looking forward to hearing what you think about it!

ADDENDUM: In late 2020, Sweet Daddy Siki was added to Amazon Prime in the United States. For more on the film there, click here.

Greg Oliver is a little rough this morning. This story probably should have been written hours ago. I’m going to blame Jeremy Shell for everything. Greg can be emailed at [email protected], and you can follow him on Twitter @gregmep.