Mat Matters: Mulling the memories from the Pro Wrestling Hall of Fame

Jon Soto, one of the hard-working volunteers at the Pro Wrestling Hall of Fame in Amsterdam, New York, made a simple post yesterday to Facebook, with a lonely-looking photo, but it really struck home: “That’s all she wrote… Farewell.”

My trips to the PWHF were an annual event, and often a highlight of my year. 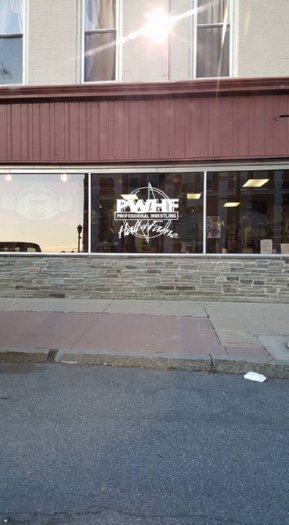 The Pro Wrestling Hall of Fame looks lonely on Sunday in Amsterdam, New York, its last day of operation. Photo by Jon Soto

So many memories come flooding back as I reflect on those adventures, saddened by the knowledge that the PWHF is moving to Wichita Falls, Texas. It’s a bigger city and in the long run it will be the right move, but that doesn’t mean that it doesn’t leave a void in my life here.

Toronto is about five hours from Amsterdam, which is just off the I-90 interstate, which would take you to Albany in another 45 minutes further eastbound. It’s a straight shot, really, though the time to get there was always dependent on the border crossing, usually in Buffalo.

I was fortunate to find many different travelling partners to the Hall of Fame induction weekends, which usually fell over the Canadian Victoria Day holiday. 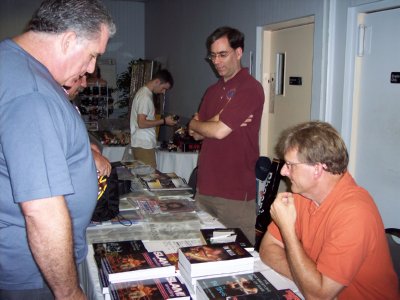 Steven Johnson and I try to convince Larry Dwyer to buy a book. Photo by Andrea Kellaway 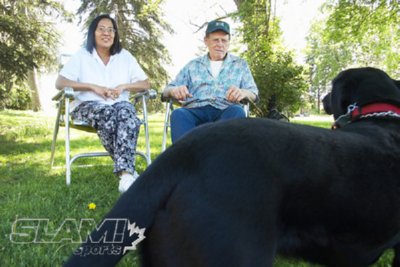 As for the PWHF weekend itself, man, I could go on and on, but here are a couple of moments that stick with me: 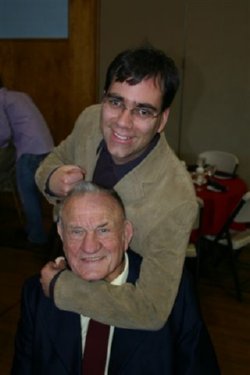 That time I beat up Gene Kiniski. Photo by Andrea Kellaway

Phew. That’s a lot of emotion right there. Even looking back through the old photos, with so many friends and wrestlers no longer with us, was a roller coaster.

Without hesitation, I can say that the Pro Wrestling Hall of Fame is in good hands with Cowboy Johnny Mantell, his amazing wife “K” and the new shepherds of wrestling history in Wichita Falls.

It’s a long, long trip to get there. I’ll make it one day, but it just won’t be the same as my adventures to Amsterdam, the year’s best road trip.