Stan Holek was as tough as they come

When you are a tough guy wrestler, what do you do after your wrestling career for a challenge? How about wrestling steers? Hunting for gold? Running a ranch? Stan Holek, who passed away on Saturday at the age of 82, did all those things and more. 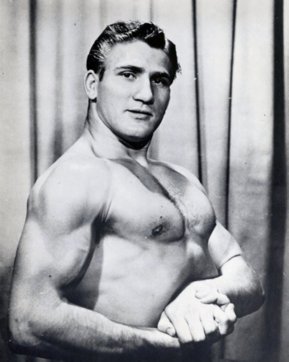 “He was just as tough as he appeared to be,” she said. “To give one example, he’d break his arm and I would go out there and help him at the barn. He’d mix up some plaster of Paris and get gauze and set his own arm. He was quite the man.”

The toughness continued on through the years, including the last few years. Holek was diagnosed with colon cancer two years ago, but kept it secret from many people, traveling to Salt Lake City from his rural home in Crescent Valley, Nevada, for treatment.

On Thursday, Thanksgiving Day in the United States, he took a turn for the worse, and was hospitalized. He died early Saturday morning. Befitting his demeanor, Holek insisted there be no funeral or celebration of his life; after all, he always joked that an urn was unnecessary, since he had a perfectly good empty Schlitz beer can in his office where he used to load his guns.

Holek was born in the small farming community of Northwood, Ontario, near Chatham, on April 4, 1933. His parents, Charles and Ann Holek, grew corn, wheat, and oats, and the family consisted of six boys, Joe, Laddie, Stan, Dan, Chuck and Frank. Stan’s older brother, Laddie, broke into pro wrestling before Stan did, but only lasted a couple of years in the business.

Both began in nearby Detroit under promoter Bert Rubi. Initially, Stan Holek was his wrestling name, but he also worked as Stan Lutze in New England for Paul Boswer and as Cowboy Elliott Hardy in Hawaii.

But his biggest fame came as a tag team wrestler working alongside Reggie Lisowski — the future Crusher — as the Lisowski brothers, and then alongside Art Neilsen as the Neilsen brothers.

Having a partner helped with his stuttering. “I had that impediment all my life … when I was a kid, I could hardly talk,” Holek said. “I was no talker, that’s why I always had to have a partner to do the talking because the people don’t have a half-hour to hear two, three lines.”

“Cowboy” Bill Watts loves to tell the tale of his first match, with Dale Lewis, which came about because neither Neilsen brother was going to make it to Portsmouth, Ohio to work that night.

“I used to go to the matches each evening. I was playing on the football team, working out and going to the matches,” said Watts. “Art Neilsen, who was a big star, called me and he said, ‘Take your bag because it’s clear down to Portsmouth, Ohio, and I’m not going down there. It’s not going to pay worth a dang, and I’m not going. So take your bag and they’ll have to use you.’ Then about five minutes later, I get a call from Art’s tag partner, Stan Neilsen, who stuttered real badly but was a neat, neat guy. ‘T-t-t-t-ake y-y-y-our b-b-b-a-g, I’m not going to show up and you’ll t-t-t-ake my place tonight.’ So I knew I was going to wrestle.” 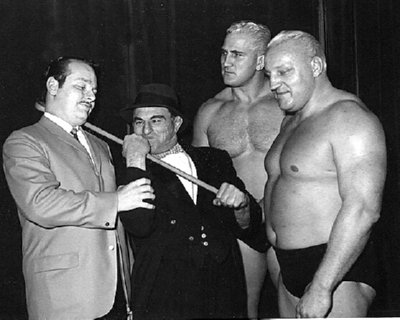 Reflecting on his wrestling career in 2004, the 6-foot-3, 240-pound Holek said that “it was a bad business to get into. There were a lot of cutthroats, there were ass-kissers … kind of like on a Hollywood set. It’s the same thing.”

Post-wrestling, Holek’s career is like a movie tough guy … so of course, he played a tough guy in the movies a couple of times.

One film was The Wizard of Baghdad with James Caan — “never won no Oscar” — where he was promoted as the champion of Baghdad and then wrestled the heel, another famed wrestler-turned-actor, Mike Mazurki: “He was complaining ’cause I didn’t belong to the union and this and that. It was just a little part!”

The Ring magazine had a short piece on Stan Holek in October 1959. “Holek combines speed and leg wrestling. He can also handle his dukes with the best. Raised on a farm with five brothers, Stan says you have to use your feet and hands to defend yourself,” it reads. “Married to an attractive model, this 25 year old star of the mat has one of the most ardent followers in his wife Ruth, who hails from Plainville, Michigan. They spend the most of their leisure time on the farm and in the open country. Stan likes to catch up on his reading during off hours while Mrs. Holek makes his fancy jackets and the majority of her own wardrobe. According to Ruth, Stan is a model husband. Someday they hope to own a ranch.”

Cindi and Lori Holek were a product of that first marriage. Stan married Camille, his second wife, in the early 1970s.

Both in their 50s now, the Holek sisters used to go with their father to see the wrestling, but the memories of his friends at their home is equally memorable.

“When we were little, he would have Rocky Johnson and Ray Stevens and Kinji [Shibuya] would go to our house at times,” said Lori Holek. “The wrestlers were always in the kitchen, and they’d all be there with their shirts off drinking beer. Once they did that for a while, they’d go across the street and throwdown steers — because my father was a steer wrestler, and he was trying to teach them how to steer wrestle.” 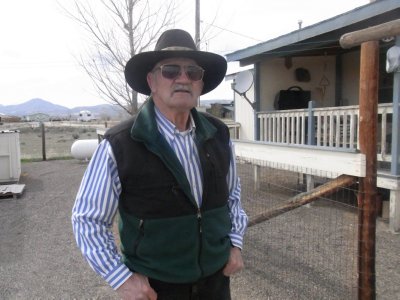 Stan Holek on his ranch in April 2011. Photo by Shuhei Aoki

In 2006, Holek talked about another famed wrestling wildman, Ray Stevens, who also loved the world of rodeo. “He was around horses a little bit when I was rodeoing. He wasn’t into it as much as I was. He bulldogged too, but not a lot, not like I did,” said Holek. “He had a real nice horse and I wouldn’t have minded owning that horse. Horses are like dogs, you’d like to find a real good one in a lifetime. He had really a dandy.”

Jack Roddy was a World champion cowboy and is in the Rodeo Hall of Fame. He explained a few years back how he taught Stan Holek to take on steers.

“Stan was the first guy that I taught to steer wrestle. I remember there was a bar in San Jose called the Red Barn. I had a big picture and a bucking horse in it. I was in there one night, and these two big giants walked in,” said Roddy. “He then wrestled under the name Neilsen Brothers. He walked in, weighed about 260, in a blue suit, long blond hair.”

Holek tapped Roddy on the shoulder.

“Are you Jack Roddy?”

“Whatever I did, I apologize.”

“I hear you wrestle animals.”

“I wrestle people, but I want to learn to wrestle animals.”

Holek was a quick study, said Roddy. “Three years later, he won the steer wrestling at the Cow Palace,” he said, comparing it to winning’s golf’s PGA championship as an amateur. “It’s unusual to have somebody who couldn’t ride a horse three years later beat all the pros in the country, but Stan did do that. He was tremendously quick and strong. They were very courageous guys. When they practiced, which was tough to practice in our sport, they were able to take that kind of beating to learn to be good.”

“I watched him take the bulldogging championship at the Cow Palace,” said Watts. “I was there that night. Stan was a neat, neat guy.”

Roddy also said he himself went a few rounds with Holek, given that Stan had boxed a bit growing up.

“I used to spar with him, and I’d stand there and spar, and all of a sudden, he’d grab my arm, get around, and get me around the neck,” said Roddy. “I’d hate to ever fight a wrestler because they had the natural moves and Stan could really fight. But he never looked for it.”

Post-wrestling, Roddy helped Holek land a job in San Jose driving a beer truck for Lucky Lager. Holek also worked in a gold mine in Nevada — “That was the best job I ever had” — running some of the machines searching for microscopic gold.

Even in so-called retirement, Holek would help on other people’s ranches. As he aged, his cauliflowered ear made it difficult to hear.

Her voice cracking, Lori Holek finds it hard to believe that anything could have beaten her father.

“He was as tough as he seemed to be. He didn’t complain. He was strong, he was tough, and he was just an extremely strong man. He was everything people thought he was. He’d say, ‘Hey Popeye’ — he called me Popeye — ‘come spot me while I bench press’ when I was a little girl. The most I saw him do was 300 pounds 13 times. It was just me and him. He was invincible.”