In an article in The Wrestling News from the early 1970s, Jim Cornette — then a writer and photographer — lamented that Tommy Gilbert, who died today at the age of 75, didn’t get the respect he merited.

“Tommy has been overlooked to a large extent by the promoters and fans, and has not received the publicity that he deserves,” wrote Cornette.

But his peers knew. 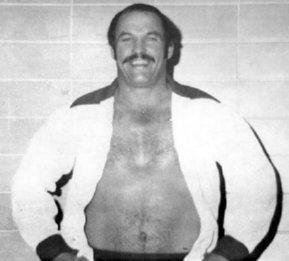 Former NWA World champion Terry Funk got to know Tommy Gilbert in the Amarillo territory when Funk first broke into the family business. “I wouldn’t be the wrestler that I am today without him,” Funk said in 2011.

Likewise, the Cauliflower Alley Club honoured the entire Gilbert clan in 2011 with a Family Award.

Arlee Gilbert was the father of Tommy Gilbert, and he was a Tennessee-based wrestler for years. His son (born January 15, 1940 in Lexington, Tennessee), and then two of his grandsons, “Hot Stuff” Eddie Gilbert (born in 1961 and died in 1995), and Doug Gilbert (born in 1969), would enter the family business too.

As for Tommy’s wife, Peggy, she went a slightly different direction than pro wrestling, and became an alderman for the city of Lexington, Tennessee.

In a 2011 interview with SLAM! Wrestling’s Ryan Nation, Tommy Gilbert described the toll the industry can take on a family by stating, “The business is very hard on families. You have to be away from home so much. If you have children, you miss a lot of their lives and important events in their lives.”

Tommy Gilbert was there for his sons to get into pro wrestling, though.

In fact, the eventual entry of Eddie Gilbert into the mat game was a forerunner of much of today’s social media scene. Eddie was in love with pro wrestling from an early age and began booking and writing about the sport. He penned articles for newsletters and magazines, and took photos. When he started wrestling, initially as Tommy Gilbert Jr., there were already many who knew about him. The Gilberts knew the importance of publicity and often attended fan conventions, mingling and taking photos with the fans years before “selfie” was a word.

In conversation, Tommy Gilbert was always appreciative and honoured for the chance to work with legends. In The Pro Wrestling Hall of Fame: Heroes & Icons, Tommy talked about Lou Thesz, whom he worked with in Tennessee in 1974.

Before the match, in the locker room, Thesz laced up his black wrestling boots and turned away. Gilbert figured he was in for a licking, a young ‘un taking on a champion who had a reputation for roughing up rivals that he didn’t respect. “He fooled me. We had the greatest match that I’ve ever had in my life that night. But he didn’t say anything to me when we got back to the dressing room,” Gilbert remembered. A week later, Thesz walked into the dressing room for a return match and thwacked his right hand across Gilbert’s left thigh. Call it the slap of history. “Kid,” he said, “You’re going to have to help me. … Once they’ve seen Thesz one time, they’ve seen him every time. You’re going to have to call it from now on.” Said Gilbert: “I never will forget that. That was the most precious night in my life in wrestling, when that gentleman told me that.”

Later, Tennessee legend Jackie Fargo told Tommy: “You better watch your back. Thesz is getting you over too damn good. There’s going to be some people here that don’t like that.”

In a Facebook post, Les Thatcher called Tommy Gilbert “a super talented performer & class act,” and mentioned that Don and Jackie Fargo “will have a great babyface to get heat on” up in heaven.

We’ll leave it to Cornette’s ancient article for the last word (and usually Cornette gets the last word): “But the attribute that makes Tommy Gilbert an exciting wrestler is not his ability, or the belts he’s won, but his spirit, the fact that he never gives less than 100%. No matter what the match or situation, Tommy always tries as hard as he can to give the fans their money’s worth of action.”

Corny quotes Tommy Gilbert in the piece: “There’s something about the roar of the crowd that makes the old adrenalin flow and excites me to make my match more action filled for the fans.”

Details of the funeral for Tommy Gilbert are unknown at this time.