Carlito reflects on his WrestleMania memories 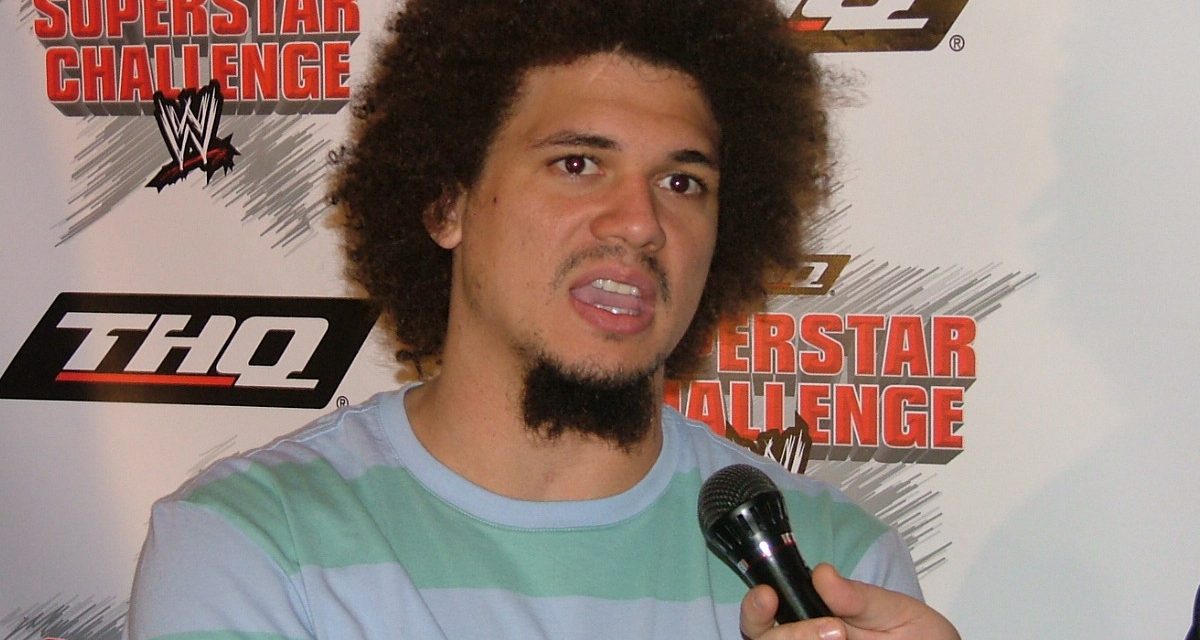 There are many famous families in wrestling. Storied names such as Von Erich, Hart, Henning, Orton and Guerrero have entertained the fans for generations. These names have also been on the card for many Wrestlemanias. Another name that has been included in the biggest wrestling event of the year is Colon.

Colon is a name that is synonymous with wrestling and the Puerto Rico territory. Carly “Carlito” Colon grew up in his famous fathers, Carlos Colon, promotion World Wrestling Council. As he progressed through the ranks he was eventually signed to a WWE contract in 2003. In 2004 he made his Smackdown! debut as Carlito Caribbean Cool. He infuriated the crowds by disrespecting people by spitting apple bits in their faces. One thing he didn’t disrespect was the grand stage of WrestleMania. 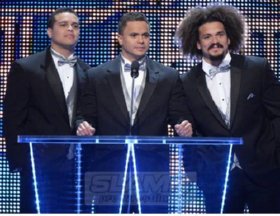 Primo, Epico and Carlito Colon introduce Carlos Colon at the WWE Hall of Fame ceremony at the Smoothie King Arena, in New Orleans, on Saturday, April 5, 2014. Photo by Mike Mastrandrea

At WrestleMania 21 Carlito made his debut by interrupting Piper’s Pit which included “Stone Cold” Steve Austin as his guest. The following year he teamed with Chris Masters to try and take the tag team championship from Big Show and Kane at WrestleMania 22 in Chicago’s AllState Arena. He appeared again at Wrestlemania 23, at Ford Field in Detroit, Michigan, where he teamed with Ric Flair defeating Chavo Guerrero and Gregory Helms in a dark match.

WrestleMania 25 took place on April 5, 2009, at the Reliant Stadium in Houston, Texas. Carlito called this his favourite WrestleMania moment because it included family. “It was on the pre-show. I tagged with my brother (Primo) against Morrison and The Miz. We had a good little time,” said Carlito Colon. “We had a good experience.” At WrestleMania 25 the Colon brothers unified the World and WWE tag team titles with a win over their opponents.

The event all wrestlers crave to be featured on is WrestleMania and Carlito Colon is no exception. “You know it is our Super Bowl,” said Carlito Colon. “It is the biggest show of the year. If you don’t want to be on a WrestleMania then in my opinion you shouldn’t even be in this business. You know what I mean?”

The grandeur of the WrestleMania production is career fulfilling for many wrestlers. Once you have appeared on that show your name is etched in the history of professional wrestling. “You should want to be on that show,” said Carlito Colon with firm resolve.

In 2014, WrestleMania 30 emanated from the Mercedes-Benz Superdome in New Orleans, Louisiana. While Carlito Colon was not on the card that night, his father Carlos Colon took to the grand stage. Carlos was presented to the crowd of 75,167 as a member of the WWE’s Hall of Fame class of 2014.

The night before WrestleMania the WWE hosted its annual Hall of Fame ceremony. Among the 2014 class were Jake Roberts, Mr. T, the late Paul Bearer (represented by his sons), Lita, Razor Ramon and The Ultimate Warrior. Carlito, Primo and their cousin Epico inducted Carlos Colon into the WWE Hall of Fame. “It was cool. It was a great honour,” said Carlito Colon. “They asked me to do it and I was glad I was there. I was able to do it with my cousin and brother. So, yeah, it was a real fun weekend.”

The enormity of the honour of being inducted into the Hall of Fame was not lost on Carlos Colon. “He was moved by it,” said Carlito Colon. “He tried to down play it, but he was very honoured by it and very humbled by being honoured with the induction.”

Carly “Carlito” Colon has been able to entertain on the greatest stage of them all, WrestleMania, four times. The moments that stand out for him are those he shared with his family. Colon, the name might as well mean wrestling.