‘The Weirdo Hero’ to wrestle with depression 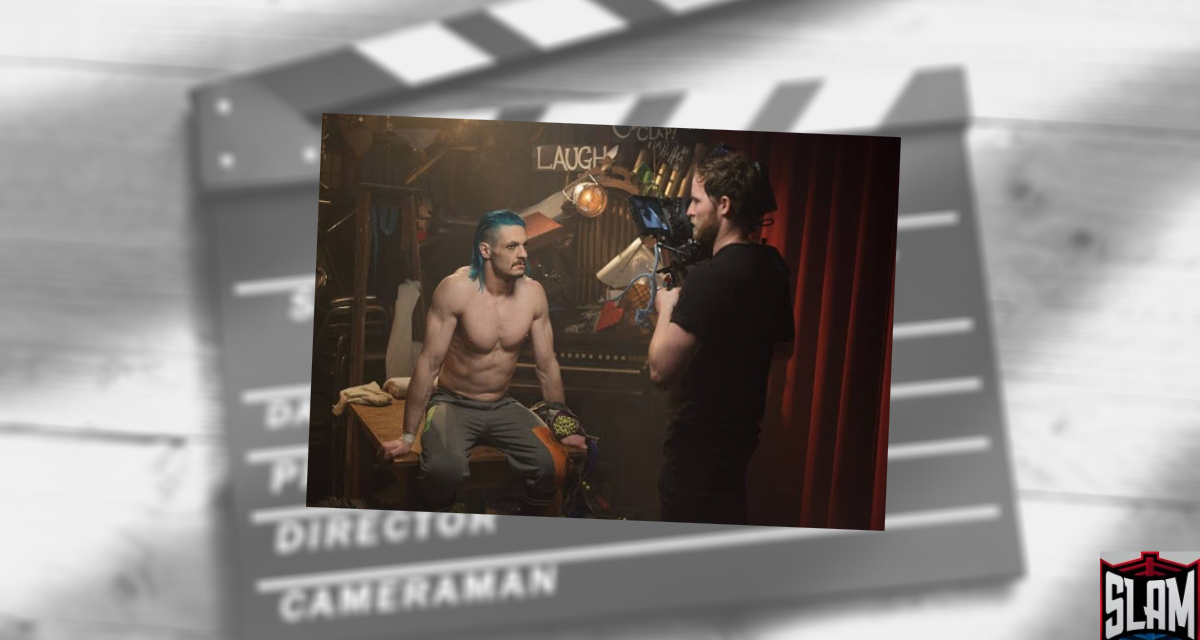 Two British Columbia wrestlers have targeted depression, and hope to dropkick away with an IndieGoGo campaign to finance a short film titled The Weirdo Hero.

In many ways the subject of depression is still somewhat a taboo subject. With those such as TSN’s Michael Landsberg and other high-profile figures speaking out, more is being done to help people with this struggle.

ECCW’s “MR2” Michael Raines and Randy Myers are the minds behind The Weirdo Hero.

As Raines explained it, the genesis of The Weirdo Hero short film stems from a number of factors, one of the biggest of which were conversations Raines had with friends and family about the death of actor Robin Williams.

“Many people I talked to just didn’t understand how someone so loved and outwardly amazing could do this,” remarked Raines. 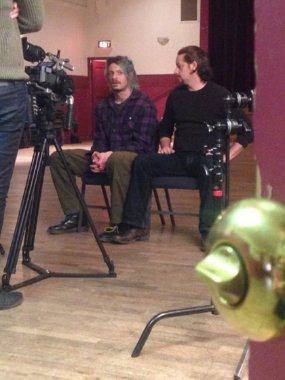 Randy Myers and Michael Raines during the early days of The Weirdo Hero.

“They don’t always see the other side so I ended up defending him inadvertently. Although, I do not condone his final decision, I can relate to that feeling of just wanting the pain to go away so bad that anything seems like a good idea. Then there is that brief moment in time when you are alone and everything hits you like a sucker punch. It’s in that brief moment when this seems like the right answer, and it’s not. It’s these conversations that are the nucleus of this film.

Additionally, Randy Myers had become more vocal about his issues with depression, and after knowing him and his ‘out-there’ character for a number of years, I was shocked. I wrote up my original concept and my own issues almost didn’t let me hit send. Thirty minutes later of back and forth I did. There is some additional inspiration from the TV show M.A.S.H. and the Bon Jovi video, Superman Tonight, but it is hard.”

The original concept, as Raines detailed, came together pretty quickly in the form of a basic outline. Once he and Myers agreed to work together, they sat down one day at a local restaurant when they were each suffering a nasty flu bug, and after ordering some chicken noodle soup, hammered out the foundation of what would later become The Weirdo Hero short film. Ultimately, Raines and Myers decided on the brief format because they felt that the movie will address the issue of depression in a very rapid and impactful way within the 20-minute running time. However, Raines did acknowledge that he could perhaps down the road see it becoming a feature length film, but that the short film format will make an impression regardless of its length.

For Raines, part of the reason he felt that the issue of depression was such an important one to deal with is because when it hits someone, they are filled with unbearable agony, self-doubt, self-loathing and unable to see the beauty that exists in the world.

“Sometimes the public perception of those who don’t fully understand the pain of depression is that, when so and so commits suicide because of depression they were nothing more than a weak and selfish coward,” explained Raines. “This only fuels the stigma of depression and that makes everything worse. The stigma of depression comes from the negative nature of the illness that’s unattractive and unreliable. When someone has depression and the stigma hits them as well, it makes that person feel shameful and secretive and can prevent proper treatment. This is why we need to help those who suffer to understand that it’s okay to ask or seek help. Openness and education in schools can really help.”

Raines himself has had depression impact his own life which would result in his going weeks or months in a long funk where he was just a shell of his former self.

“Going through the motions, but unable to really enjoy anything with the occasional blip of happiness,” recalled Raines. “Even the good days seemed hollow. Eventually, I got some help and support and that has made a world of difference. A lot of it comes from friends and family putting myself in a better place mentally. It is not easy, but it is better.”

Depression is also something that affected Raines as a professional wrestler as it filled not only him with self-doubt, but also his fellow wrestlers.

“I have seen it affect others and myself,” noted Raines. “Most recently, I was in a tag team match a few months ago. I messed up a rather important part of the match. People really didn’t notice and the rest of the match was fantastic, but for the next three weeks I could not get out of the funk of that single screw up. It was all I could see and remember about that match despite the great reviews. I just couldn’t move on and nothing else mattered.”

In order to raise money for The Weirdo Hero, Raines and Myers have turned to IndieGoGo, a fundraising site, in large part because they will transfer to them the funds instantly and once their deadline of March 13th is reached; after the deadline, IndieGoGo will continue to accept donations for the project.

“Our bare minimum goal is $9,800 and that’s not paying any person for their time and being beyond frugal with some out-of-pocket expenses,” elucidated Raines. “We start shooting March 14th, 2015, so we need every dollar to secure buildings, permits, insurance, locations, equipment rentals, food for extras, etc. That’s bare bones $9,800 doesn’t include going to festivals to raise even greater awareness that is required.”

Several other ECCW wrestlers will be taking part in an onscreen role in addition to Myers, including Peter Powers, Peter Brown, otherwise known as Big Brother Canada, and they will also have three other matches that will mostly be for the fans that they need to fill the Russian Community Center when they will be filming on March 15th. 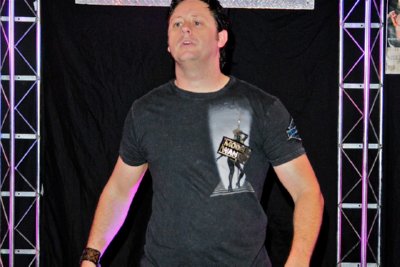 Michael Raines headed to the ring.

Also, the Abbotsford Special Adventurers, who are a non-profit organization for teens and adults with disabilities, will be a participant in The Weirdo Hero project.

“Their program is totally funded by their own efforts and by the community and their donations,” explained Raines. “They meet on Wednesday nights during the school year for games, crafts, and other activities. There are 32 clients and 18 volunteers. We have more information about them on our website. One of the Special Adventures is Sandy Hammond. She will be playing the role of Amy and the Amy character is arguably one of the most important roles in the entire film. We will have a few other people from the Special Adventures helping us out and in the film. They are very excited and very proud. They are truly fantastic people.”

With regards to what he hopes to accomplish with the film, Raines hoped it would achieve its main objective of helping those who don’t understand what it’s like to live with depression, while reminding those who struggle with it that they are loved, not alone, and that there is help.

Raines also expressed an ambition to have the film entered into film festivals and also to have it shown at schools and community centres.

“We have every intention of entering this film into as many festivals as possible,” Raines told Slam Wrestling.

“The Weirdo Hero is an amazing story with such a strong and powerful ending that it has the potential to be a major festival darling. We just have to exceed our funding goal there. We are not just making this film because it’s personal to us. We are making this so that everyone can learn from this film, especially our youth.”