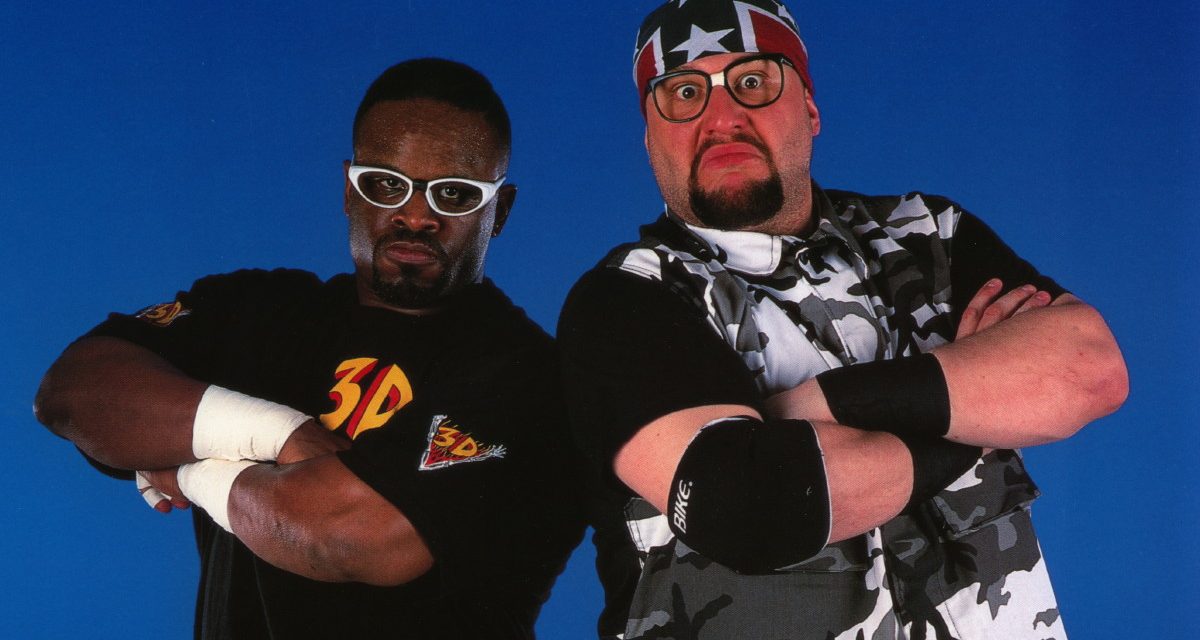 D-Von, get the bookers some common sense!

What I remember best about The Dudley Boyz isn’t them cutting one of those sly R-rated promos in ECW. It isn’t them putting some poor slob through a table. It isn’t their feuds with Edge and Christian, The Hardy Boyz, The Gangstas, The Steiner Brothers or your pick of any of the best tag teams past or present. The thing I remember the most is how Bubba Ray Dudley saved the day.

Even at the best of times, to the best of media organizations, things can go wrong. Wires get crossed. Emails lost. Details slip through the cracks. Crap happens. 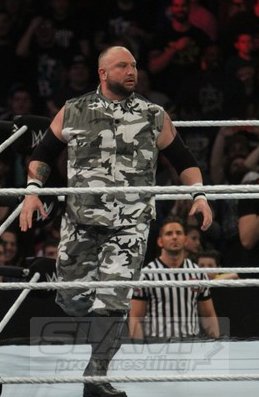 Bubba Ray Dudley in the Royal Rumble this past January. Photo by George Tahnios

On a road trip with the SLAM! Wrestling faithful years ago, we drove from Toronto to the Burt Flickinger Center in Buffalo, New York, to catch an ECW house show only to find out that due to some mix-up, they weren’t expecting us even though we had made arrangements months in advance. We weren’t on “The List.” That meant no access. No tickets. No interviews. No nothing. It looked like we would have to turn around and go home empty-handed.

As we politely argued our case with Security, Bubba Ray Dudley happened to be walking by and took an interest in our very vocal debate.

“What’s the problem,” he asked Security.

“They say they are here to cover the event but they are not on The List,” replied the guard pointing at his almighty clipboard as evidence.

Dudley asked us which media organization we were with. We told him.

“They are here to cover the show? Let them in,” Bubba Ray Dudley instructed Security, standing stock-still to drive his point home. Security fumbled around with the pages on his clipboard then finally agreed to allow us into the show. Then and only then did Bubba turn to leave. Stunned, we expressed our thanks. Bubba just shrugged his shoulders, said he hoped we enjoyed the show and headed backstage.

As I would come to learn, that is just the way Bubba Ray Dudley rolls. It is should be no surprise to anyone that following his surprise appearance and appreciative crowd reaction at the Royal Rumble, Bubba Ray has floated the idea in the media, both social and otherwise, that a return to the WWE by The Dudley Boyz would be a good thing. I would agree not because he pulled my bacon out of the fire years ago but because as Triple H is very fond of saying, it is good for business.

Besides Dean Ambrose and Bray Wyatt, the WWE is severely lacking when it comes to any kind of edge in their product. It is the reason why many mature fans have moved onto other entertainment options. The current product is just too sterile. Too milk toast. Too safe. Anyone who tuned into the TLC pay-per-view last year could see that. To bring back many of those lapsed Attitude Era fans, the WWE is going to have to kick it up a notch, here and there. There is nobody better to do that than The Dudley Boyz.

Thankfully, the WWE is putting the time and the effort into growing and their tag team division. The Dudleys, former 10-time WWE tag team champions, would fit right in as the team to beat or the team to push younger pairs. Their timing couldn’t be better.

The thing is The Dudley Boyz shouldn’t have to prove anything to anyone. Their track record speaks for itself. Their hardcore matches at WrestleMania are some of the best Mania matches ever. They have won every conceivable tag team championship. They have proved they can function very well as singles competitors as well. The Dudley Boyz being available is like having a Rocket Richard or Mario Lemieux on the free market. It would make sense for any organization to snap them up as the squared circle veterans have the skill and are without a doubt a serious draw, and always have been.

If the whole Royal Rumble debacle proved anything it is, the out of touch WWE needs to listen to their loyal fan base more closely, especially during the current business cycle where mainstream support and interest is noticeably absent and has been for years. That doesn’t mean every outcome and every angle has to meet the approval of fans. That would be far too predictable. It just means giving fans what they want can also be what the company needs and what the WWE needs is The Dudley Boyz.