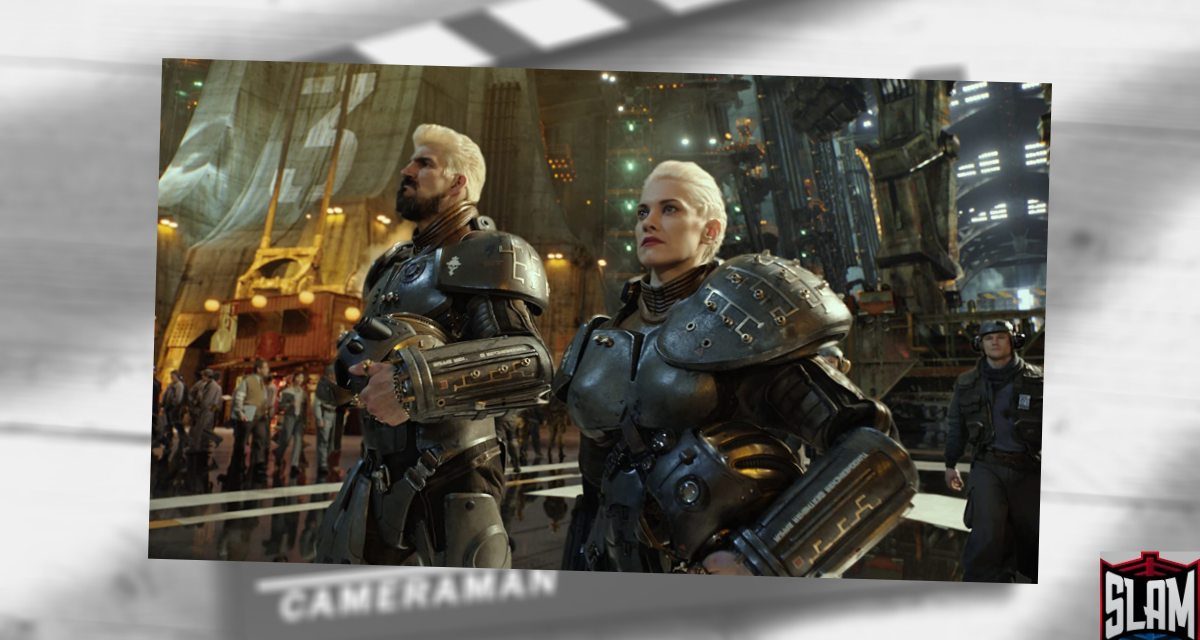 Robert Maillet is used to being recognized — after all, he’s a seven-foot behemoth. But it used to be because of his wrestling days, in the WWF as Kurrgan and on the indy circuit a bit. Now, it’s because of his film roles.

And, after this summer, where he is appearing in three big blockbusters, that’s only going to increase.

The biggest of the big is Pacific Rim, the robots versus alien monsters movie from the fertile brain of director Guillermo del Toro, which hits screens in July. Equally big movies coming out are The Mortal Instruments: City of Bones and Percy Jackson: Sea of Monsters. 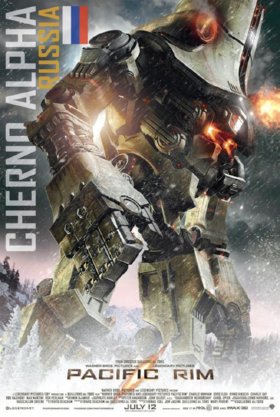 In two out of three of the flicks, you can actually tell it’s Maillet too; in Sea of Monsters, he’s under a costume, but has two separate roles.

It’s one of the biggest movies ever, and one of the most expensive too. The marketing for the film has already been going gangbusters, with more still to come.

“It’s an homage to the kaiju, the Japanese monsters. For del Toro, it’s his love letter to the monsters, the Godzilla films, kaiju, Mecha, Robotech,” explained Maillet from his home in New Brunswick. “He has an incredible imagination. He has so many details, little details, in his film that makes the world more real. It’s incredible. And the amount of resources that he had to play with as well.”

Maillet has been in movies big and small since his WWF contract was severed in 1999. The biggest was the Sherlock Holmes reboot with Robert Downey Jr. and Jude Law. In that one, Maillet has a couple of fight scenes with the good guys, and eventually shows he has a heart of gold. He also got some publicity for breaking Downey’s nose during shooting; Downey sent a bottle of champagne to his trailer afterwards, accepting it as an accident.

A shot of Robert Maillet in The Big Bang

It was a role in 2010’s The Big Bang that put Maillet on del Toro’s radar. In that one, Maillet plays a Russian boxer.

“It’s a film that really didn’t get noticed. Not a lot of people saw it. It was a unique indy film, small budget with an amazing cast,” he said, listing the likes of Antonio Banderas, William Fichtner, James Van Der Beek, and Sam Elliott. del Toro saw it though. “He liked my role in it, so he specifically cast me as the Russian in the movie.”

The Big Bang can now be retitled Robert’s Big Break. “For me, I had the role of a lifetime in that one. I was the heart of the story, my character. Banderas, he played the private eye, and I asked him to find this girl. So I chase him throughout the film, sort of this love triangle thing. It was a great role for me,” he said. “It opened a door for me to be in the biggest movie of the summer.”

Maillet was cast in Pacific Rim about five months before shooting started, and learning that it was giant robots against giant aliens, naturally he figured he would be a bad guy, likely used for motion capture footage.

It turns out he is one of the humans recruited to operate the Jaegers, the huge robots constructed to combat the aliens.

The Russian team, Maillet as Aleksis and Vancouver actress Heather Doerksen as Sasha, are in a complimentary role to the leads.

“Our presence is more important, controlling those huge vehicles and fighting. We’re the supporting team,” he said. “Just the way we look; we were the biggest pilots there. The way our armour looks, especially me, I look like a tank, with the blond hair and a black beard. We did stick it out a bit.”

The 25-story tall Jaegers are a story in and of themselves. For Doerksen and Maillet to work in synch, they were required to train with a dance choreographer for weeks before the filming began. They were strapped into the robot, which was moved by remote control.

“You look bad-ass, but it’s not comfortable to be in,” he chuckled, saying he felt like a kid pretending to be a robot much of the time. “It’s very limited in its movements, those armoured suits that we had. So then you’re strapped in there, your feet, your arms are all attached to it, so it’s very limited in your mobility. Then you’re moving around, they move you back and forth, there’s water thrown at you.”

He only got to see the full movie last week at a screening in Toronto, and posted this mini-review: “Verdict: You will be Blown away by this Epic film as we did! Like Jurassic Park, Terminator 2, Matrix and Avatar before,this will be a Game Changer! A Fun ride that will bring the Kid out of you! Very Proud to be part it! Great job on everybody who worked on it! 3D is RECOMMENDED!!” 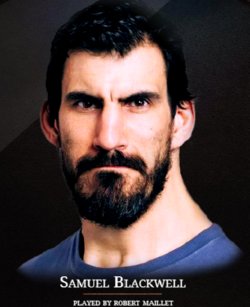 From The Mortal Instruments: City of Bones

In The Mortal Instruments: City of Bones, Maillet plays Samuel Blackwell, a Shadowhunter/half-human that fights against demons that are invading the Earth. Based on the best-selling novel, Maillet teams with Jonathan Rhys Meyers as Valentine Morgenstern, the leader of their faction, and Kevin Durand as Emil Pangborn, in an attempt to wrest the Mortal Cup away from others.

“It was a fun shoot”, said Maillet, in part because he became good friends with Durand, who is originally from Thunder Bay, Ontario, and like Maillet, speaks French. Maillet also got to use his French while shooting Percy Jackson: Sea of Monsters in New Orleans. The Acadian got a crash course in the Cajun world — the British deported French-speaking settlers from the Maritimes 400 years ago, and many settled in the French colony of Louisiana. “So for me I felt like a long distance cousin from the mainland,” Maillet said. He brought his family along for a mini-vacation as well. Some of the movie was also filmed in Vancouver.

He has two characters in the sequel to 2010’s Percy Jackson & the Olympians.

“The first role I play is Polyphemus, the Cyclops, who is central to the story. I’ve got something that the kids, the heroes, want and they try to get it from me. So there’s a lot of fights,” he said. “It was a huge suit with a helmet, like a Cyclops head on me.”

The other role is Laistrygonian, a henchman, and it was far more complicated, requiring hours of makeup preparation compared to the animatronic helmet to be the Cyclops.

Despite his commitment to moviemaking, Maillet still gets requests to wrestle.

“It’s tough, because years ago, you wouldn’t say no, I wouldn’t say no to an opportunity to work. For me, it’s hard to say no, but I have to,” he said. “I can’t do both, like The Rock does. The Rock has a different situation for sure. But for me, I can’t do it, because it is conflicting scheduling. And if I do get hurt wrestling, that screws up my deal.”

He was approached by the Dupres to work on the summer Atlantic Grand Prix tour in the Maritimes. That was hard to turn down because Emile Dupre gave him his break two decades ago.

It’s been a great ride.

“It was a thrill of a lifetime. It’s all the same for me, from when I started wrestling to what I’m doing now,” concluded Maillet. “My first big opportunity, my dream really, that I had been thinking about since I was a kid, a teenager, was wrestling. Working for Emile Dupre, Grand Prix Wrestling I watched for years. I was a big fan of it, and all of a sudden you’re in the ring with your heroes. It was a big thrill, and I remember that summer very, very well. It was memorable for me, and one of the highlights of my career. When Emile called this year, I had to say, ‘No, I can’t do it.’ It is tough. It’s all fun for me to do. I still love it. I don’t have the passion that I used to have, I’m not into the wrestling as much as I used to be, to do it. But I still like to watch old matches here and there.”