My early case of Macho Madness 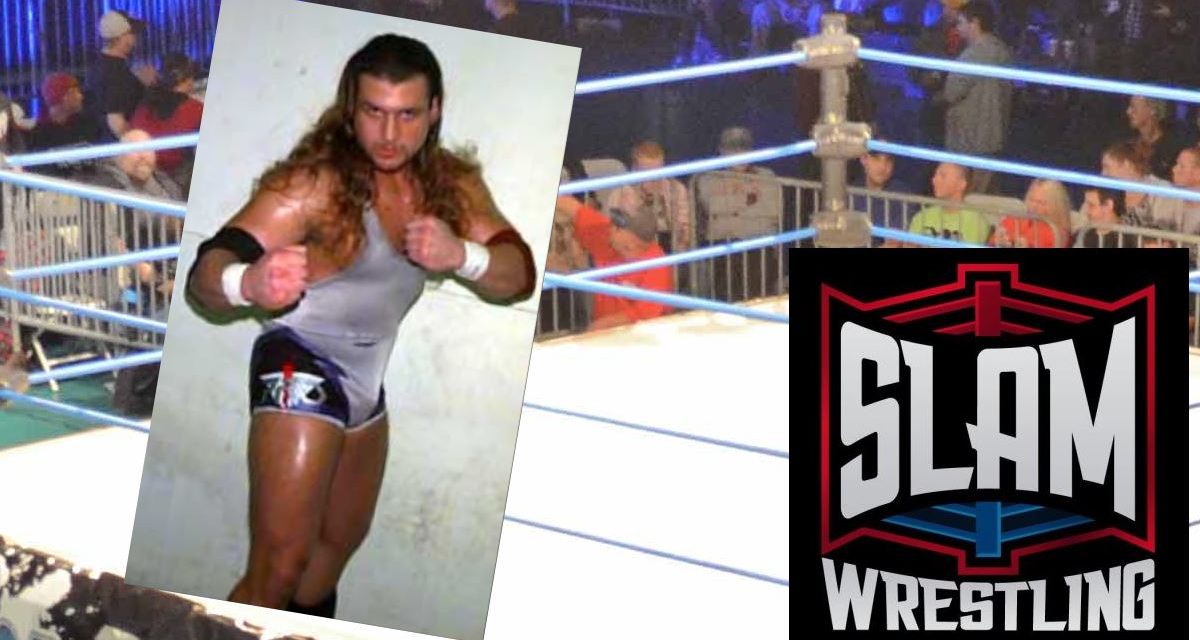 Honestly, was there ANY other way to open a chapter highlighting my devotion to the cause of Macho Madness?

The answer is, of course, an obvious no!

Here’s how it all happened… 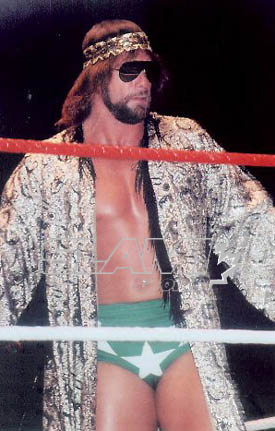 As I mentioned earlier, I was a pretty devoted fan up to this point and my interests in wrestling characters and support thereof had turned a little bit darker.

But I was fiercely proud of it and really enjoyed arguing with people for “my team” as this was an excellent time to be a heel fan.

Being that this was the era of Hulkamania, you might consider me mad for such a statement, but I’m sure my upcoming explanation will help you understand my position on this matter.

You see, with Hulk Hogan being the centerpiece of the entire industry at this point and the World Champion, there were simply not too many mountains for the fans to support him in climbing. Therefore, you needed not only a good selection of “heels” to feed him for his title defenses, but they needed to be interesting heels so that people would not only want to see Hulk win, but to see them lose to the Hulk.

On top of this, the heels needed a good undefeated run on TV in order to validate their claims as a top contender. Ask yourself this.

If you see a guy lose to the Junkyard Dog on TV one week, Tito Santana the next and Ricky Steamboat the following, are you really going to care (i.e. pay good money) to see Hulk beat him too? Even if he jumped Hulk on TV and left him lying in the ring on the weekend before you went to the event, you really wouldn’t expect Hulk to have any real difficulty beating him and ONE punch revenge would suffice. 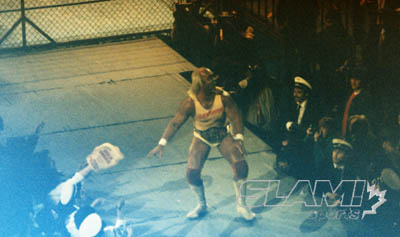 Hulk Hogan gets some fan support at Maple Leaf Gardens in Toronto. Photo from the Greg Oliver Collection

Well, this was the aggrandizing of Randy Savage and it worked on me!

He showed up on TV as “the hottest free agent in the WWF” and had the big, tacky (and at the time, unique) robes along with an interesting move-set that, well, set him apart from the rest of the pack.

He spoke like an obscene phone call from beyond the grave which everyone told me made him sound stupid, but I knew was genius, and here is why:

You do a (probably) poor Savage impression.

So does EVERYONE who has ever watched him.

It’s THAT voice that kept him relevant in modern wrestling, even though he’d been off TV for more than a decade. And when he passed in May, it was why mainstream media covered his tragic death from a heart attack while driving.

I was (and still am) a massive fan of his work and have the recent box-set just for nostalgia purposes. I still study older matches and am in a certain amount of agreement with the unwritten “Savage Philosophy” that “Motion Is Entertainment.”

Most of his matches were him running/flying around in/out/above the ring, or him running away from his opponent and getting the crowd mad at him for it. He rarely grabbed a hold unless it was a rear chinlock to give the opponent a breather just before the match burst forward faster leading to the finish.

He was an action wrestler and I was his biggest fan and had almost ALL of the merchandise.

Would it be Heenan? Hart? Blassie?

His storyline was that all of the current managers (Bobby Heenan, Freddie Blassie, Jimmy Hart, etc.) were trying to sign him to their stables and he was fielding offers. It gave the instant impression of “star power” and only lent to his legacy — and he’d only arrived in the company a few months prior!

It was the talk of all the fandom.

Hart was his manager for years in the south. But Heenan was kinda considered the top manager in the company. He had sworn to bring Hulk down and Savage was already talking about Macho Madness eclipsing Hulkamania. Still, Blassie used to be Hulk’s manager years ago and knew how to beat him, he just needed a talent like Savage to do it. He had only squashed enhancement talent.

Savage had only spoken about how great he was, but never actually proved it to a higher degree. He’d only been in the company for less than six months. But the Macho Man was the talk of the wrestling industry and everyone was sizing him up for his new WWF title belt.

(I actually thought it would go nicely with those tacky robes; when you start considering fashion accessories to championship belts, you have really crossed the line in to a 100% freestyle nerd. I speak from experience… and it’s just a bit sad!!)

The weeks moved forward and the date was announced for Savage to commit to a manager. I was on the edge of both my seat and imagination daily as this was an industry-changing decision.

This was the man to beat the Hulk, but who would lead him there?

I raced home from karate/kung fu class to be sure to be in front of the TV for the big announcement. The phone was off the hook, the TV volume was turned up and all in my home were threatened with genuine physical violence if they were to speak or interrupt this monumental occasion in any way!

WWF Maple Leaf Wrestling began its broadcast precisely at noon and, as Dire Straits’ “Money for Nothing” played over the opening montage, the rest of the world faded away.

In truth, my demands for total silence were completely unnecessary as a bomb could have gone off right next to me and I wouldn’t have blinked for fear of missing any detail of the big announcement.

Here we were, on the precipice of greatness and of the final piece of the puzzle in the passing of the torch from Hulkamania to Macho Madness.

And I was a witness!!

We came back from commercial to Savage already in the ring with the other managers and he put each one over as being so close to his choice. This was great as it didn’t turn him babyface by saying “no” to anyone in the ring.

He then turned his attention toward the wrestlers entrance to the arena and said: “And here she comes,” signaling his new manager to enter the arena and end the suspense. 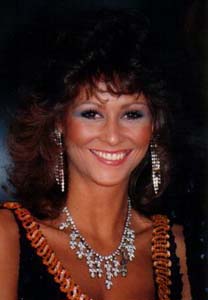 That’s when “she” came in to my life!

The lovely Miss Elizabeth, the First Lady of Wrestling and an INCREDIBLE asset to the Randy Savage package!

Plus, she was ALL kinds of HOT!!

For the next few weeks Savage’s opponents fell at his feet as easily as his fans fell for her. She was the perfect addition to him as she never cheated and barely even spoke. She was an innocent who got bullied around by the Macho Man and it only helped increase his heat. It’s something that never occurred to other wrestlers with female valets as once they cheat too, they no longer become sympathetic and wind up just getting the heel over as a face because the (VERY vocal) young male audience will cheer for any guy who can get a HOT girl on his side and on their TV.

It didn’t work on me, though!! I would cheer Savage no matter what and I wasn’t alone. No matter how much Gorilla Monsoon would put him down, I would only stand for him more and I saw plenty of Savage signs in the audience to validate this stand.

Eventually, we (as Savage fans) got what we wished for. Savage vs Hulk for the title and we were HOT for it. It was the one WWF event in Toronto for about five years that I couldn’t get tickets for! It was such a big deal that they had it live at MLG and on closed circuit TV (WELL before PPV) on two locations around the city, and in locations nearby like Kitchener.

Needless to say, we weren’t blessed that night as the Macho Man lost the match, but still had a series of rematches set up for around North America. Most notably a series of three in Madison Square Garden in New York City.

But my thirst for victory was not to be quenched just yet. Therefore, I felt I had to take matters in to my own hands. This meant starting my own wrestling federation: The WWA. It was there that I could bring my textbook knowledge of wrestling to the limited masses I hung with and be the champion I wanted to see on TV.

Essentially, to be a BIG mark!!

This was my introduction to “Backyard Wrestling.”

All the best and God bless. 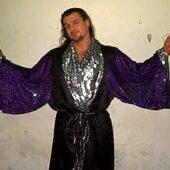