Riley mentally getting ready for Money in the Bank

As a former quarterback and linebacker at Boston College, Kevin Kiley, Jr. has been involved in a fair share of big moments.

None of those moments, though, will compare to when Kiley, who has transformed into Raw superstar Alex Riley, steps into the ring Sunday at WWE’s Money in the Bank pay-per-view in Chicago as one of eight men in the Raw Money in the Bank match.

For Riley, this will be his first ladder match in WWE and he’s been preparing by telling himself anything can happen.

“You go in there and you pretty much check your body at the door,” Riley said. “You may or may not have everything intact when you come back through the curtain.” 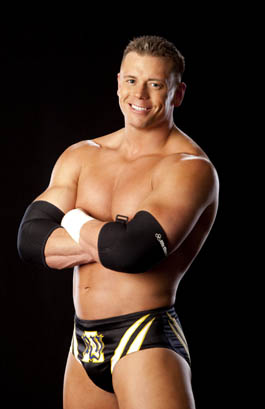 Riley is fresh off a pay-per-view win over The Miz last month and has a chance to win Money in the Bank less than a year after his debut on Raw.

“I feel like I’ve already been lucky enough to get these opportunities, and I think when they gave me the ball, I ran with it,” Riley said.

When it comes to Sunday’s match, Riley is confident he’ll be able to take advantage of the big opportunity being in the Money in the Bank match affords him.

“If there’s a guy to win it, it’s me,” he said of the bout which includes Rey Mysterio, R-Truth, Alberto Del Rio, Jack Swagger, Kofi Kingston, Evan Bourne and The Miz. “I was with The Miz when he won it and I know what it can do for somebody’s career. I have the momentum, I’m hot right now. I’m going to go out there and try to get my hands on (the briefcase) and I’m going to leave my body out there. You’re going to see some crazy stuff. I’m not usually the biggest high flier, but for this, I’m leaving it all in Chicago.”