New Cena DVD one Experience too many

For those who came into this DVD review not knowing what you were going to get, I appreciate your visit; but let me be frank upfront: The John Cena Experience, unlike just about any other recording I’ve reviewed on SLAM! Wrestling, was one I just could not sit through. 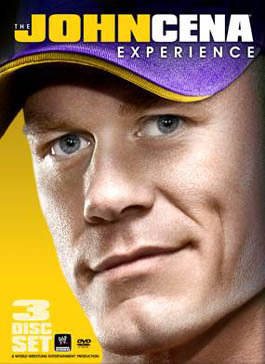 I’m sorry folks, but after seeing two Cena DVDs (Word Life and My Life), I just could not put myself through the exercise of a full third DVD dedicated to Mr. Cena.

Now in the first two, we got the standard WWE DVDs — one which gives you the match and promo compilation, the other giving you the rise to fame story.

The new disc, The John Cena Experience, does neither of those formats, instead focusing on John’s exploits primarily outside the ring. You get Cena leading the Parade of Roses, John Cena on ESPN, John Cena at WrestleMania, and other such goings on.

Watching the DVD portion I could, it felt like I was watching a promotional video, willing me to bring Mr. Cena in for an event I was hosting rather than paying tribute to the superstar. Seriously, I’m surprised there wasn’t a scroll across the screen: “To book John Cena for your next corporate gig, please call!”

Look, I get that Cena’s popular and that he probably warrants another DVD from a sales standpoint, but there’s nothing meaty here in terms of documentary content. We know that Cena does all these amazing things and gets invited to all these gigs because WWE talks about it quite frequently on Raw and Smackdown. The behind-the-scenes commentary doesn’t excite me in the least.

So when you take the doc away from the DVD, you’re left with a match compilation, and given that there are, as mentioned, two other Cena DVDs already out on the market, your pickings are pretty slim. Still, WWE does include some good bouts with the likes of Shawn Michaels and Kurt Angle (the latter of whom, by the way, WWE should just suck it up and make a proper tribute DVD of), but unlike other DVDs, like the recent Chris Jericho compilation, you don’t get any rare gems. Throwing on a match or two from Cena’s Ohio Valley Wrestling days or having Cena do commentary on three or four of his favourites growing up would have been fun, but you don’t get that here and that just makes the DVD less inspiring to buy.

Now as I alluded to in my Mat Matters from a couple weeks back, I say this as a card carrying member of the non-target demographic — i.e. I’m not a kid/teen/tween. It’s all well and good that those targets pick up the DVD, regardless of what this curmudgeon thinks.

But for the rest of the DVD-buying public, I say skip The John Cena Experience, and wait for the next compilation to be rolled out.