Since Ring of Honor ran its first show in Philadelphia in February 2002, a major part of the promotion’s history has always been talent leaving the company. The list of talent that have left ROH includes some of the biggest names in the wrestling industry today, people such as CM Punk, Daniel Bryan and Samoa Joe.

ROH owner Cary Silkin took control of the company in 2004, and is now in his sixth year with the promotion, which is nearing its ninth anniversary. He has witnessed another set of highs and lows for his company throughout 2010.

The loss of top talents such as Austin Aries (who was released from the company) and Tyler Black (who departed to WWE) have undoubtedly been low points for the company, but re-signing talent such as the Briscoes (Jay and Mark), Eddie Edwards and the Kings of Wrestling (Chris Hero and Claudio Castagnoli) as well as having Homicide and Christopher Daniels return to the company after their respected departures from TNA, have strengthened their roster and have seen the company make a great statement about their intentions for the future. 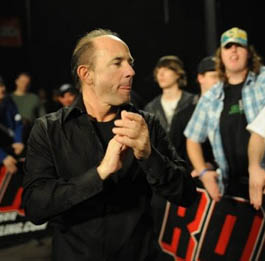 For many years ROH has been a hotbed for the future stars of WWE and TNA with a number of talents honing their craft at the promotion before moving on.

Most recently ROH had to endure the decision made by Tyler Black to leave for WWE, while he was still the ROH World Champion. Silkin feels that he and his crew are more than capable of dealing with this or any loss.

“Of course, you don’t want to lose people of this stature, calibre or in this nature but with people leaving other guys will get opportunities to move up the card, to enhance their careers and stand out. There’s also a chance for us to gain people back to the company though such as Daniels and Homicide.

“These two coming back came out of left field as no one expected them to be signed Ring of Honor talents six months ago when they were with TNA. While of course it’s a shame to lose a person like Tyler Black, you never know who is going to come to ROH.”

With top talent being plucked from ROH, it is no surprise that the company has become very efficient at replacing stars they helped create, with new personalities who have the passion to show the drive and determination to fill the spots that have been left.

Silkin fully believes that the current crop of guys at the company’s disposal are some of the best talent in North America, but most haven’t been able to show their full potential yet.

“Over the years, guys like our current ROH Champion Roderick Strong haven’t come in as stars, they work their way up and we help enhance their career and fulfil their potential. We have guys like Eddie Edwards, Kenny King and Rhett Titus to name but a few who people haven’t seen the best of yet. These guys are slowly climbing up the ladder and will make a huge impact, bigger than they have already.

“Looking to the future we have some real good rookies now such as Adam Cole and Kyle O’Reilly, who is being mentored by the great Davey Richards. So when a talent leaves it opens up a door and it is a measure of our success that we have been able to make new stars to fill the void of others.”

Silkin has always been a lifelong wrestling fan, but the 53-year old former ticket broker has found it hard to believe that the company, which started only doing a couple of shows around the Northeast area of America, have toured internationally and are regularly presenting internet pay-per-views as well as featuring weekly on TV with Mark Cuban’s HDNet station.

“It’s quite unbelievable but it’s great. It’s been a very slow, gradual progression from a small company to now being on pay per view and having a regular TV deal. We have come a long way, it’s very exciting. We have done shows in England, Japan and Canada, we were involved in the Mickey Rourke film, The Wrestler, which was great and gaining the iPPV deal with Go Fight Live as well was great.

“I’m proud that we have been able to survive for this time, it’s been a long strange trip but it’s been very gratifying and worth it.”

Silkin explains that since day one, the message of what Ring of Honor is all about has never changed even with the growth of the company. Now, nearly two years on from their debut on HDNet, he believes the fans that have stayed with the company since the beginning have seen the promotion’s vision stay the same throughout.

“We still intend to do what we set out to do and that’s produce the most entertaining wrestling product in the world,” explains Silkin. “The mentality has always been the same from this company and the crew behind the scenes. What we all like is good wrestling and it’s what we are passionate about.”

“Everyone just wants to present the best wrestling possible and not insult the fans. We are all wrestling fans too; we certainly know what we don’t like and what fans don’t like.

“We just want to produce a great night of entertainment, whether it’s our biggest show or our littlest it doesn’t matter. We will always do our best to entertain every night and that’s a mentality that ROH has always had.”

Many wrestling promotions over the years have, for one reason or another, struggled to last beyond a certain point, whether it be financial reasons or fans losing interest in the company but ROH has grown a tremendous amount over the past few years, garnering a huge fan base.

Silkin is quick to stress that part of this growth has been due to the TV deal with HDNet, which is what he sees as key to their continuing development.

“By having the weekly TV show means we can reach a larger audience. HDNet has been a great partner to work with, the production that has been provided for us is fantastic, we are happy to work with them and hope it continues for a long time.

“I don’t think [being on TV] has changed perceptions of ROH for fans who have always been with us, it has just helped us garner new fans, helped us introduce our product to fans who haven’t seen ROH before.

“They don’t really have a lot of concern for other wrestling groups, so being on HDNet is a massive opportunity for us to gain exposure to these people and show them what we are about.” 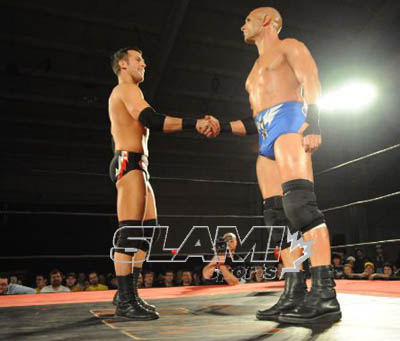 Roderick Strong and Christopher Daniels shake hands before a recent Ring of Honor show in Toronto. Photo by Mike Mastrandrea

This Saturday marks the ninth Final Battle event and the one year anniversary since the company made their debut on IPPV. The events that are streamed through the Internet have been groundbreaking for the wrestling business and with relative low costs in regards to production of these, this venture is one that Silkin sees the company continuing for the long term.

“I just love the idea that wherever you are in the world you can watch us.

“This concept truly gives anyone in the world with an Internet connection the chance to watch the show. The numbers that we are getting for the IPPVs are getting better all the time.

“We are not in a position to run regular PPVs on TV, at least by being on the Internet we make a healthy profit and can be viewed by a greater audience. It’s a huge opportunity for us and for fans to see events they couldn’t make it to.

“So if you’re unable to get to New York to see the show live watch it on IPPV at www.GoFightLive.tv and you can watch Ring of Honor Final Battle 2010 in the comfort of your own home for a mere 14 bucks. We are very excited for December 18th.”

The Manhattan Center is once again due to host another ROH IPPV as Final Battle rolls into New York City. Many fans are eagerly anticipating this event as ROH World Champion Roderick Strong defends against Davey Richards, a bitter feud will come to ahead in a Fight Without Honor where Kevin Steen puts his ROH career on the line against El Generico’s mask and Christopher Daniels will face Homicide.

You can watch ROH Final Battle 2010 on Saturday 18th Dec 8pm at gofightlive.tv