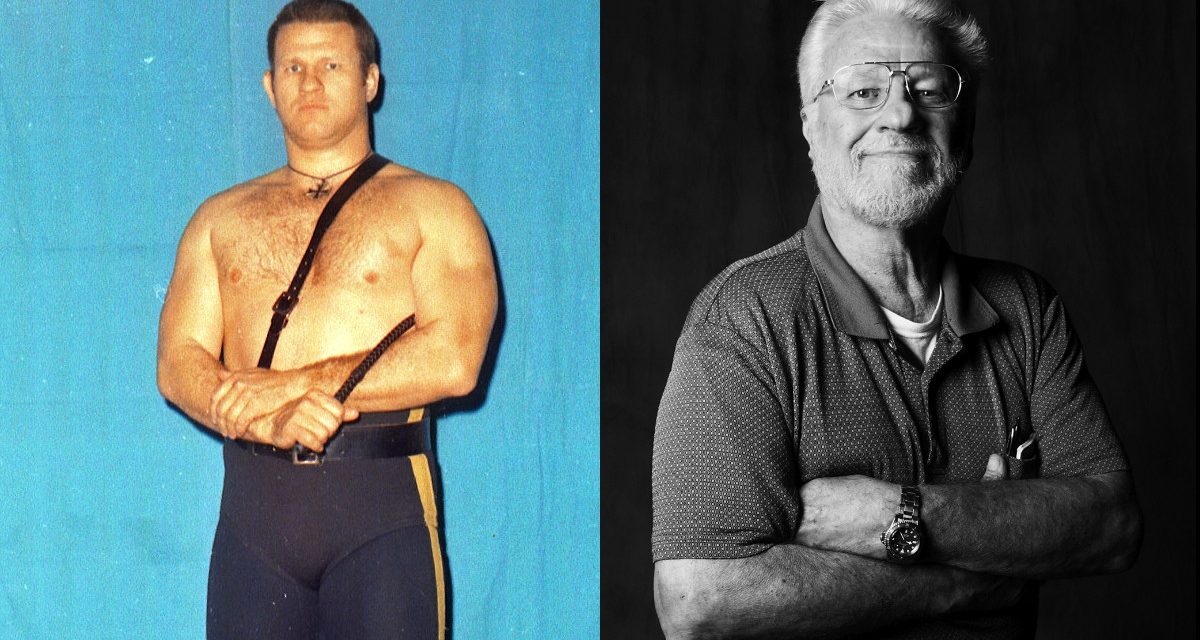 ELMIRA, ON — There, beside the coffin, were two of his German outfits, cleaned and pressed, hanging at attention, almost daring Wally Sieber to rise from his casket and don the uniform again to become the despised bad guy Waldo von Erich.

Yet it was not to be. 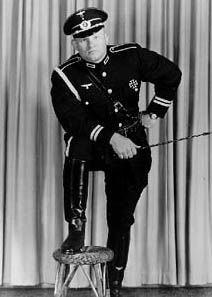 Instead, family and friends celebrated the dual life of a departed loved one on Monday morning.

There was the life in wrestling, the crowds booing, yet plunking down their hard-earned money to watch him.

Contemporaries “The Hungarian Wolfman” Willie Farkus and Sweet Daddy Siki came to the Dreisinger Funeral Home in the small town of Elmira to say goodbye.

“This is really hard for me to believe,” said Siki. “I was on the road with him for a long time.”

Farkus said von Erich was the best he ever saw at doing what needed to be done to get a rise out of the crowd. He also explained how he used to piss Wally off. von Erich would be in the ring, doing his necessary goosestepping and “Heil Hitler” raised salute. In the other corner, the Wolfman would mimic his friend, but only raise his arm a tiny bit, held tight against his hairy belly.

Later, von Erich was a trainer in Cambridge, Ontario, helping young men become professional wrestlers themselves. One student who hit the heights in WWE, Highlander Robbie (Derek Couch), was one of the honourary pallbearers. (Sieber will be cremated.)

“He was good at explaining so much, teaching you,” explained former student Eddie Osbourne (Mike Becherer). “We’d always been taught to respect the veterans, the guys that made our way. Without them, we would never even be able to dream about wrestling or anything like that. They sold out buildings. It was great to have somebody with the wisdom to teach you stuff.”

“Uncle Waldo” was never bitter about the past, and was happy to help the youngsters, Osbourne continued. “He was always willing to help, help, help, even if he couldn’t get in the ring at the end, he’d still get so excited about it. You could see him loving wrestling.”

Then there was the life away from the ring, which is where most of the attendees knew Waldo from — neighbours, former co-workers, friends, family.

The only son of Paul and Anna Sieber, Walter Paul Sieber grew up in Toronto, and fell into pro wrestling after getting into weightlifting at a YMCA. His trainer was Red Garner, and he debuted when he was only 17 years old.

At a show in Richmond Hill, Ontario, Sieber spotted a fetching young lady in the second row who had come to the matches with her father. Waldo took a chance and asked Betty Anne if she needed a ride home, and the rest, they say, is history. They married November 7, 1959, and had three “tomboy” daughters, Anne, Mary Jane and Barbara Jo.

It wasn’t “easy or normal” to grow up with a father who wrestled and was away all the time, she started. When the family settled in Elmira to be close to family in 1972, most people just assumed that his wife was a widower, and that he was an occasional gentleman caller.

Mary Jane talked about going to visit the Tattries in Pittsburgh, where Newt Tattrie made a base for travelling as Geto Mongol. On another occasion, they all headed to Indianapolis, to visit the Snips, with patriarch Billy Red Lyons having passed on just a few weeks before von Erich.

In Texas, the three von Erich girls had wild times with Jack Adkisson’s Von Erich boys, Kevin, David and Kerry. “We never knew what would happen,” laughed Berry, explaining how they all decided one day to see who would be able to slide down the barn roof and land on a pig.

On a more personal level, she talked about her father’s love for cats, for garlic and onions (“I will miss that smell”), his penchant for making soups and crock pot creations — but one was never to ask what was in the concoction. Turns out that Wally disdained throwing out food, and things like egg shells just got thrown in the blender and eaten. Apparently, Sieber also liked to sing, which elicited snickers from his traveling partners, Farkus and Siki.

Being the closest to her father, both physically living nearby and emotionally, Mary Jane had the duty of taking care of her dad during the challenging last few months of his life, before his sudden death from a heart attack on July 5, 2009 in hospital.

“I was glad I was there at the end,” sobbed Berry. “It’s very hard to say goodbye.”

To conclude, she read the poem from the final Father’s Day card she sent to him, followed by a letter to her found by her father’s bedside after his passing. There was hardly a dry eye in the place as his voice echoed in everyone’s minds, saying that if his daughter “was a star in the sky, I’d have no trouble finding her.”

Greg Oliver doesn’t like to see food wasted either, and brought home some of those little sandwiches you only ever seem to get after funerals and church services for his wife’s lunch on Tuesday.