Having been the cornerstone babyface of the TNA Knockouts division for so long, wrestling fans are going to be surprised by Gail Kim’s convincing turn as a menacing, evil assassin the upcoming movie Royal Kill. In fact, she was so good in her small part that the script was rejigged to give her more to do.

Heading to theatres in very limited release on April 10, Royal Kill fictionalizes the true story of the massacre of the royal family of Nepal, with the lone surviving member of the family in America, teen actor Lalaine (Lizzie McGuire), and Kim sent to eliminate her as well. 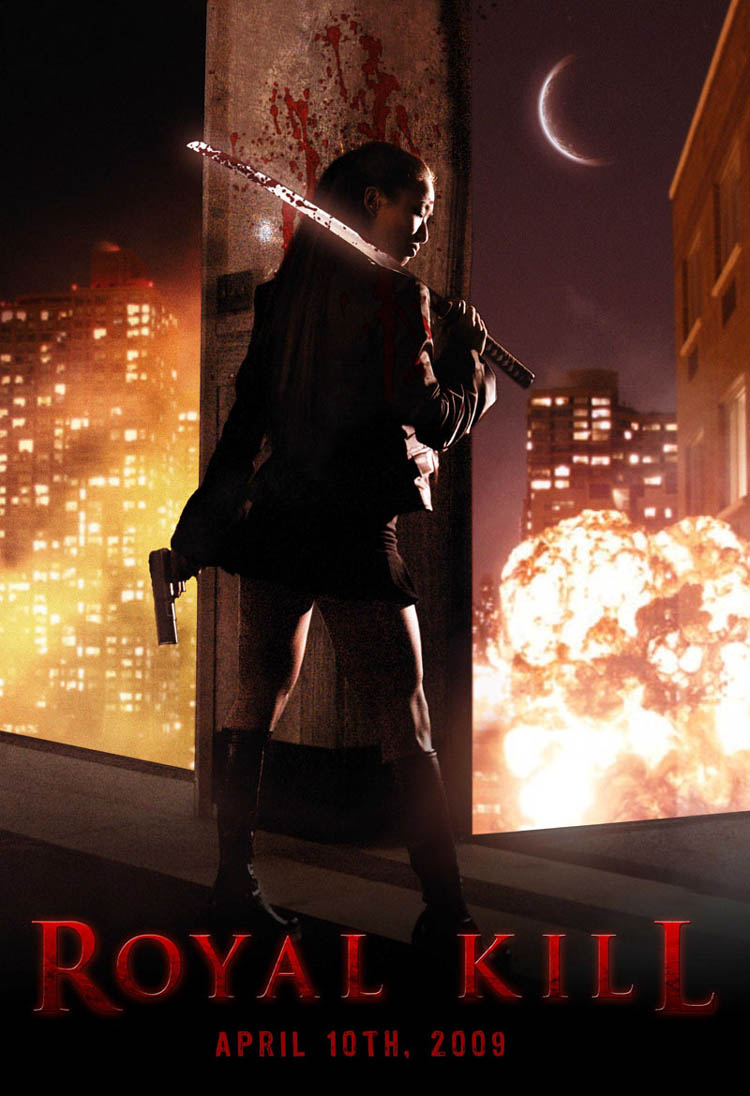 The movie is also notable because it is the last role for Pat Morita, who died in November 2005. By coming on board and filming his role early, Morita made it easier for other actors, like Eric Roberts, to be recruited.

It’s the second feature film for director Babar Ahmed, after the award-winning Genius. Ahmed took some convincing by former WWE writer and current SLAM! Wrestling Movie Database boss Ranjan Chhibber that a wrestler was right for the role of the assassin.

“The role of the assassin is one of the toughest, because in the story, the hero of the story and the drama are really defined by the antagonist. So how threatening the villain is, is how scared the audience will be. Because you can have the greatest hero in the world, you can be James Bond or Superman, but if there’s no adversary worthy enough then why should someone care. My objective was to get someone really petulant, and someone who could really portray menace,” Ahmed told SLAM! Wrestling.

“I felt that women wrestlers have been neglected by mainstream filmmakers. You hear of The Rock and John Cena in films, but where are the charismatic female wrestlers? The gender bias against female wrestlers within their own industry unfortunately trickles out to Hollywood in this way: if their own profession doesn’t offer them a spotlight role equivalent to their male counterparts, then why should Hollywood treat them seriously,” said Chhibber. “That’s why I felt that Gail Kim should be offered this role, and why I pushed Babar to give it to her. Her involvement in this film will hopefully shatter the glass ceiling for women wrestlers today.”

Ahmed was “skeptical” when Chhibber — whom he’d met while both taught at The George Washington University in Washington, D.C. — pitched him on Kim, but it worked out far better than he anticipated.

“In the very first test screening, Gail Kim had the role of the antagonist, but it was relatively small. So Gail Kim comes, all hell breaks loose, the story continues,” Ahmed said. “When we had the first test screenings, I expected the focus to be on, maybe, this is Pat Morita’s last movie, or focusing on certain elements of the story. But apart from the reaction to the ending of the movie — ‘We had never seen that before’ — apart from that reaction, Gail Kim in the whole movie had the strongest reaction to her. Her role is extremely impactful, extremely. They totally were scared of her.”

Kim’s role was increased, and more scenes were shot. “That then boosted the whole film, and the whole of the movie took a slightly different turn in that Gail Kim became much more of a focus in the movie,” Ahmed said. “Her performance in the movie is one of the strongest aspects of the movie, not just because she acts well and she can do amazing things in terms of her fighting abilities.” 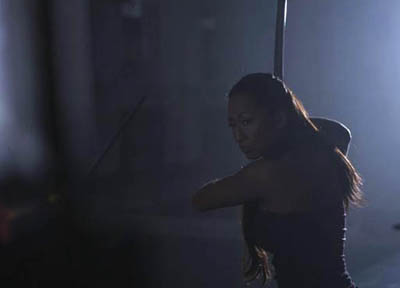 In the film, Kim has a hand-to-hand fight, a gun fight, sword fight, and speaks in certain scenes in a different language. “There’s a lot of complexity to her role,” said Ahmed.

Chhibber knew that Kim could pull off the role, but even he was surprised at how committed she became. “Gail did not only all her wrestling stunts, but she refused to use a stunt double anywhere,” Chhibber said. There is one scene where she drops from a ceiling, maybe 15 feet high. “She just said that she was going to do that. That’s a testament to Gail’s brave nature. I don’t think I would have done that.”

The only other wrestler in the movie is WWE Smackdown star Jimmy Yang. “Jimmy has a very small but very impactful role. He comes, there’s carnage, then he leaves,” explained Ahmed. “Jimmy was actually crucial because some of the moves that Gail does, she could only have done with Jimmy. It was very important that he was there so we could up the level of the stunts in the movie.”

Though Chhibber knew Yang, it was Kim who brought up his name. “I was just there to do the wrestling stuff. That’s why I talked to Gail, and I said, ‘We need you to work with a guy. Who are you most comfortable with?’ And she said Jimmy Yang,” Chhibber said. “He came on board, and he was there to spot her, to do these very, very cool moves. The way Babar integrated these wrestling moves into this film don’t make it look like corny wrestling moves. They look like tremendous bad-ass stunts.”

Both Ahmed and Chhibber think that Darren Aronofsky’s celebrated film, The Wrestler, has made wrestling more respected. Each also has more respect for wrestlers as well.

“I also want to add that Jimmy Yang took a number of tornado DDTs on the cement floor, without padding, nothing,” said Chhibber, explaining that the scene was shot 20 times or more from different angles. “His head was getting more red and bruised, so I called for shooting to be suspended and told Jimmy to stop. But he pushed me away and said, ‘No, I can do it again. This is nothing!’ He reminded me of the guys in National Lampoon’s Animal House who say, ‘Thank you, sir, may I have another.'”

Ahmed is still in awe. “It showed me the commitment and the courage of someone in the wrestling industry, that this is almost beyond human level.”