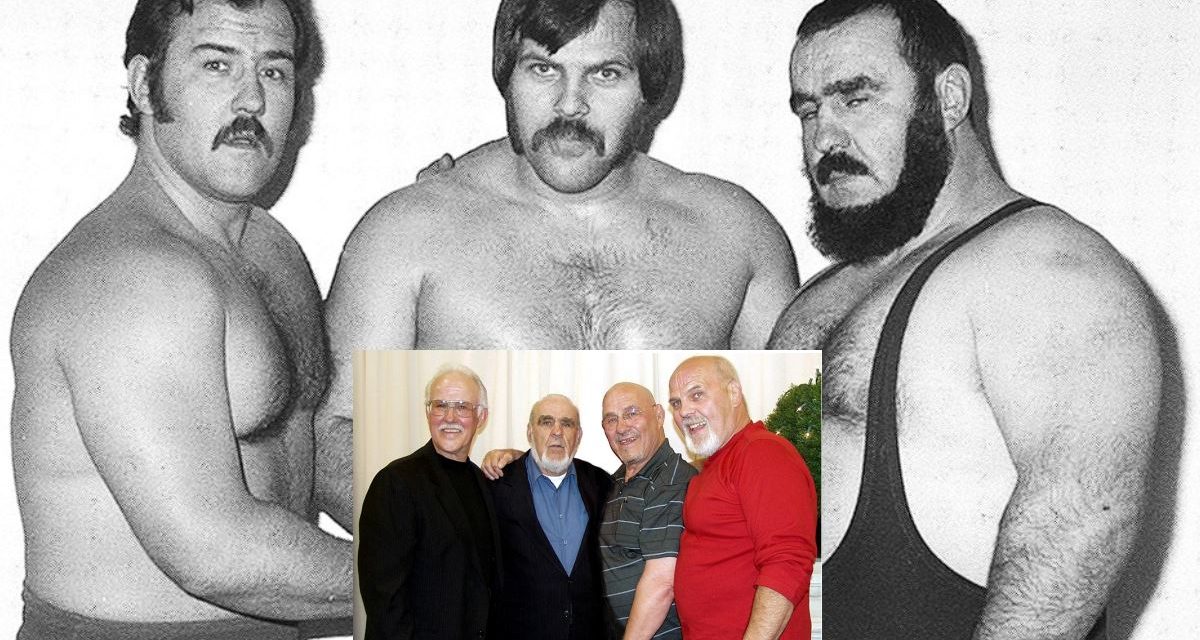 Jean-Louis Cormier, a wrestler under the name Rudy Kay and a promoter in the Maritimes under the Eastern Sports Association and International Wrestling banners, died Sunday night in New Brunswick. He was 65.

One of 13 children from the Cormier family, Jean-Louis (born June 24, 1942) was the third brother into the wrestling business. Malcolm was the first (and had a short career as a wrestler before becoming the referee Mel Turnbow), followed by Yvon, who worked as The Beast; Leonce (Leo Burke) and Bobby followed into the ring. 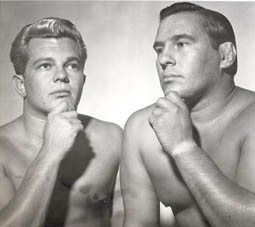 Burke said he was called yesterday to say that they were operating on his brother for a problem in his stomach, and the doctors hoped that the infection would clear. His own near-death experience with blood poisoning had Burke fearing the worst. “I just knew when I heard it that he would not make it. I got a call this morning at 4 o’clock that he passed away,” he told SLAM! Wrestling.

“It happened so quick,” said Yvon Cormier. “It’s hard for me to believe he’s gone.” Jean-Louis is the fourth sibling from the family to pass on.

Aside from a little schooling from Yvon, Jean-Louis trained for pro wrestling with Dutchie the Spinner, and later worked with Emile Dupre and Don Jardine, who especially helped get him booked in the States.

“You start from nothing, a country boy here. You’ve got nothing. It’s only a dream. We were watching wrestling at the time. I was boxing at 14 years, I was boxing at 147 pounds. When I started saying that I was going to make it into professional wrestling, they’d say ‘You’re crazy. Everybody weighs over 200 pounds and you can never make it.’ It goes to show that when you have something in your mind and you really want to do it, that you’re going to wind up doing it,” said Jean-Louis, who was generously listed at 5-foot-9, 225 pounds.

“We just didn’t make it into wrestling, we made it into wrestling and wrestled just about all over the world, plus wrestled in main events for world championships and stuff like that, which is just not saying ‘Well, I’m a wrestler and I was on the card and tried to look up my name.’ We went to a lot of places besides the Maritimes where we were main attractions.”

One of those places was Australia.

“I remember Rudy and I were in Australia, doing real, real good there,” the Beast recalled. “April came, and I said to the office that we’re leaving in May. They all took a fit and said ‘you can’t leave, you can’t leave! You have to stay here.’ Well, I said, ‘I’m afraid that I am leaving. I have my return ticket here. Always when spring came, and May, I had to go home.”

The Rudy Kay name came from a booker in Indianapolis, who thought he was a dead ringer for another, older wrestler named Rudy Kay from Chicago; Jean-Louis started as Young Rudy Kay.

“We never thought of going on our real name, Cormier. Most of the places you’d go, like down south, they’d never be able to pronounce that in a million years,” he laughed in 2002. “And places like Australia, and places like that. But after we came back and made it big in the Maritimes, we didn’t hide that even though we were under different names that we were real brothers and our name was Cormier.” 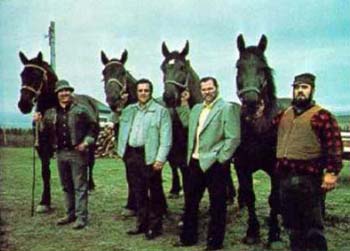 The brothers Cormier, from left to right, Rudy Kay, Bobby Kay, Leo Burke and the Beast.

The brothers teamed for the Eastern Sports Association and International Wrestling promotions, which ran from 1969 to 1976 in the Maritimes. Al Zinck was the figurehead promoter for the groups, the name that the fans associated with the promotion; but it was Jean-Louis Cormier behind the scenes.

“Rudy was the brains of the business, and Bobby [Kay] had good ideas. They were good for business,” remembered Hubert Gallant. “They were the ones who were running it. Al Zinck was the promoter who was the promoter, and that’s it.”

“Rudy didn’t have the business end of it,” said Zinck, explaining how he was recruited to help out. “Outside of that, he knew his wrestling. … that’s why we were so successful.”

Les Thatcher was the colour commentator for the promotion in 1970, and recalled Rudy Kay. “We were next-door neighbours in Charlotte in ’67, ’68. He’s the one that put me behind a microphone for the first time. In 1970, I did the Halifax TV. George Cannon was doing the TV and had to leave,” said Thatcher. He and Rudy had talked about it Thatcher’s next step, and Rudy just called to tell Les to bring his dress clothes to Halifax. 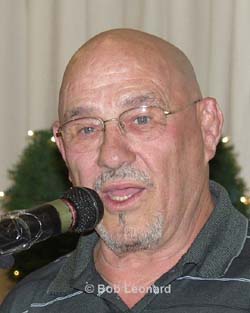 Rudy Kay at The Recognition Night for the Cormier Family, Saturday, May 13, 2006, in their hometown of Memramcook, New Brunswick. Photo by Bob Leonard

When Jean-Louis retired altogether from wrestling, he worked for Federal Express for five years. Health-wise, he had knee replacement surgery.

The entire Cormier family was feted at a big party in their hometown of Memrancook, NB, in May 2006.

“I always felt like we were the little guys from the Maritimes,” said Jean-Louis in 2002. “To be in a territory like Charlotte, North Carolina, where all the top wrestlers were, and then all of a sudden you get the opportunity to wrestle for the world championship, you’re in the main event in Richmond, Virginia one night. Then you’ve got guys that you’ve watched and heard about for years that are under you on that card. That’s a good feeling.”

Jean-Louis Cormier is survived by his wife, Claudette, two daughters, Monique and Michelle, and two sons, Jamie and Jason, as well as his brothers and sisters, and extended family.