Stryking back against heart disease

Wrestlers returning to the ring after a couple years away is not exactly a rare occurrence. Chris Jericho did this last year, Shawn Michaels did it earlier this decade and Terry Funk does this on a seemingly annual basis.

While their reasons for their return to the squared circle are varied, none are quite as inspiring as the cause that is bringing Darren Metselaar back to the ring this weekend for shows in the Alberta towns of Fairview (Saturday, May 3) and Bezanson (Sunday, May 4) for Western Canadian Championship Wrestling (WCCW). 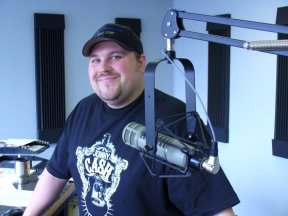 The return, as Metselaar explains, is strictly for the two shows, which are benefiting a cause that hits close to home.

“An opportunity arose to put the boots on for a charitable cause, and I am taking advantage of it. The shows are… for the Heart and Stroke Foundation. I lost my father in 1994 to a massive heart attack and this is something I feel is the right thing to do,” he says.

In his comeback, Metselaar will walk down the aisle as himself, not his alter-ego “The Dynasty” Steve Stryker. Stryker was a mainstay in River City Wrestling and also competed in the CWF/NWA and other independent leagues. He would also run his own promotion, Power Pro Wrestling for a short time.

“The ‘Dynasty’ Steve Stryker will always be a part of me and the great memories and not so great memories that have come with that name,” Metselaar says of his past work. 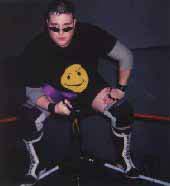 Metselaar’s departure from the squared circle, as he remarks, came for a couple reasons, including a persistent wound that haunted the Manitoba native from the time he was 19.

“The shoulder injuries did play a part as well, but also there comes a time when one has to realize that the contract with a big company is never coming,” he says. “A lot of people never come to grips with that. Luckily I did at a younger age and saved myself from more bodily harm.”

After retiring from the ring, Metselaar stayed involved in the wrestling business doing a number of different jobs, including as a promoter and consultant for the industry. Now as a radio host in Grand Prairie for Big Country 93.1 FM and with his priorities shifted, he sees his return as being a one-time occurrence, though he does admit that the age-old wrestling retirement credo, as always, is present.

“Well I guess you can never say never, but there are no plans what so ever at this point to make wrestling a priority in my life. I am now married with a career and loving every second of it.”

Stryking out on his own