Sex, blood, vulgarity…and Rey Misterio, Sr.? Yes, folks, the new movie Wrestlemaniac has something for everybody. 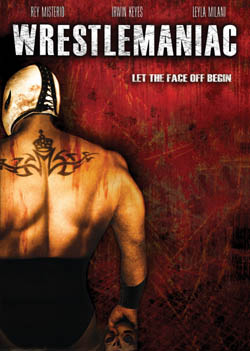 What makes this film intriguing to the wrestling population is that after each brutal (bloody is an understatement) confrontation, El Mascarado rips the face of his prey, much like Lucha Libre where the loser of a match has his mask removed in the ultimate sign of humiliation.

Blood is the most-used prop in this movie and in that regard, this is not for the queasy or the puke-easy.

There’s even a bit of a “match” (read: beatdown) in a makeshift ring between El Mascarado and the cameraman Steve (Jeremy Radin), a heavyset wrestling mark who knows the Mexican wrestling language.

Leyla Milani co-stars (and is the lone female not to show her breasts) as Dallas and has a great performance, even if many of the scenes focus on her toned glutes. No complaints here, by the way. Milani is known to fans as a 2005 Diva Search contestant and from the Raw commercials on USA saying she’s a member of the Raw Fan Nation.

Misterio doesn’t have any speaking roles in the movie, just grunts, groans and epic violence all while wearing his white mask, tights and wrestling boots.

At certain sequences in the movie, the viewer gets the same vibe one might get from watching Halloween or Scream. That means Wrestlemaniac is on par with those movies, at least in this reviewer’s eyes. During no part in the movie is there a boring lull and the soundtrack always has you thinking to the next scene of brutality. Or a keyster shot. 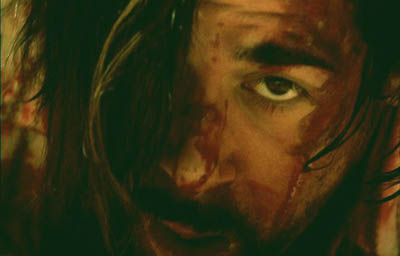 The first scene in the movie is great use of foreshadowing as a crimson-masked Milani screams into the camera. Why? Watch the movie. You will not be let down.

Wrestlemaniac may not get great reviews, if any, but for a horror movie fan and wrestling fan, this movie fills both needs and keeps you from getting distracted. You WANT to watch this movie, even if you know how it probably ends.

Then again, maybe you don’t.

Matt Mackinder’s two-year-old son, Ethan, wanted to watch Wrestlemaniac, but Matt wouldn’t let him. He sent him upstairs to watch From Dusk Till Dawn instead. Nice father skills, eh?