There have been many pro wrestling documentaries in the past decade, whether about the business aspect or its history. But few have hit the spot as much as the latest offering from Historia, the French counterpart of the History Channel. 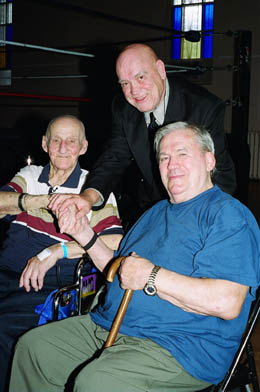 Loosely translated, the title means “Traveling performers of the ring, the golden days of pro wrestling in Québec.” It studies Québec’s wrestling scene over the years, and takes it miles further by taking not only taking a look at the business and history, but also its influence in society and the evolution to what we see today. Many wrestling legends, along with journalists, sport anthropologist and even Alys Roby, one of Québec’s prime cabaret singer and former premier Lucien Bouchard lend their opinions on the social impact of pro wrestling in Québec society.

Besides the interviews — including a frail, whispering Bob “Legs” Langevin just days before his death at the age of 91, there is some really great old footage and clippings shown in the program.

The man behind the documentary is Vincent Parisien. He has always loved pro wrestling and admitted to SLAM! Wrestling that meeting many of the legends for the documentary was like a dream come true. “I grew up watching most of these guys on TV,” he said. “I felt like a kid all over again. These guys were such a huge part of Québec society; at one time Yvon Robert was as big an athlete as Rocket Richard.” 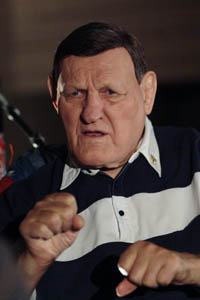 Paul Leduc echoed those sentiments and added that to this day, he stills gets recognized, even though he retired over two decades ago. “I still have people stopping me in the street, it’s a great feeling but most important, it tells me that wrestling was indeed a big part of Québec culture.”

Leduc’s son, Carl, probably best described the importance of pro wrestling in Québec’s history: “It’s amazing how these athletes are still remembered by the fans, even the young ones who never saw any of these legends on TV, but remember them by names and clips from archives. It tells me that pro wrestling was a huge part of their lives and as important to some as hockey.”

The documentary airs in three parts, each covering distinct periods: 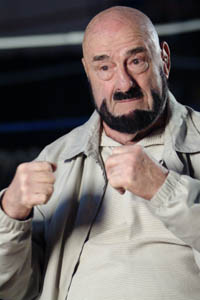