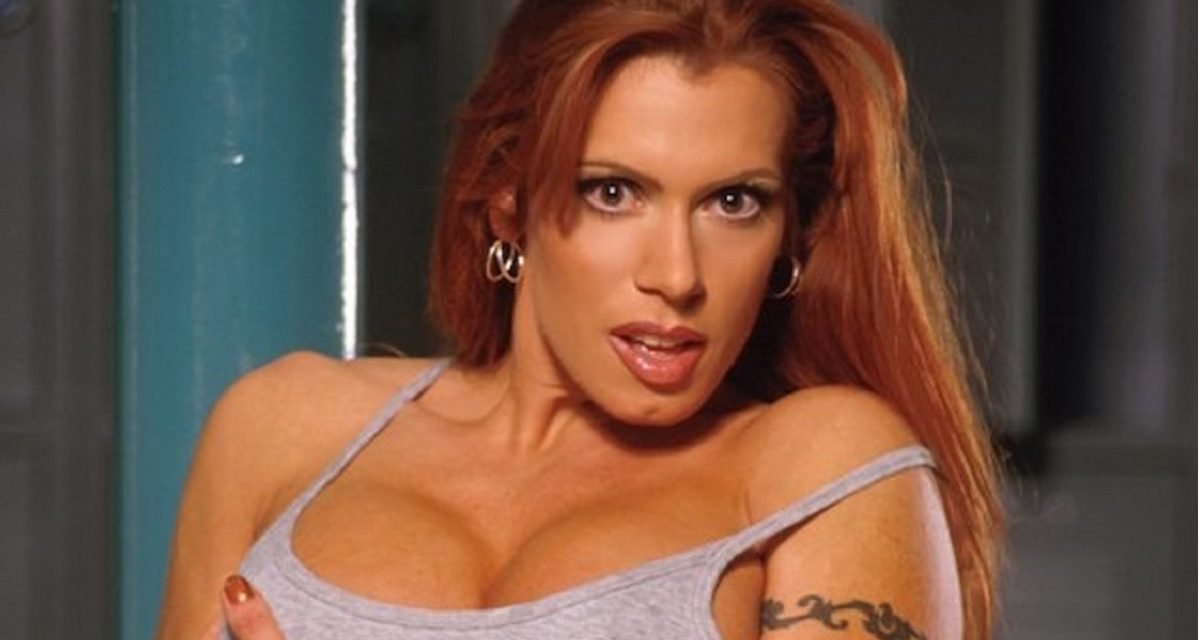 The last couple of months have been pretty hard on April Hunter. She’s broken her nose, sprained her ankle and had an ex-boyfriend arrested for assault.

In Toronto for the Naked Women’s Wrestling League (NWWL), the personable Hunter took the time to share a few of her woes — and some of her joys — with SLAM! Wrestling.

For one, she’s never worked for a company quite like the NWWL, run by Carmen Electra, and offering DVDs and PPVs of, well, naked women wrestling.

“Honest to God, it’s one of the most professional companies I’ve ever worked for,” Hunter said, adding that they even had a car waiting for her at the airport.

Having come in from Mexico, where she had suffered a sprained ankle, the NWWL promoters made her go to the emergency room to have it looked at after it was further aggravated during training for the NWWL show. “They took me, they paid for it, they took me out to eat afterwards. They’ve been extremely, like, you’re telling me they’re wrestling promoters!?” 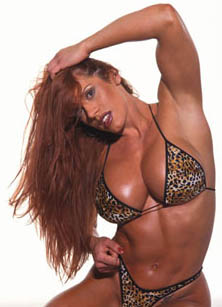 Then there was her broken nose during training for the NWWL show, which happened during a routine hip-toss in a run-through. It meant that she was very limited in what she could do during her matches on the show. “They’ve been really, really, really good to me, so I want to do what I can, salvage the angle and everything.”

Hunter, 34, is matter of fact about her life on the road. “I’m usually kind of beat up, but they bring you in to wrestle, so you have to wrestle.”

She’s learned a lot in the five years that she has been involved in wrestling, having been a fitness model before becoming an NWO girl in WCW. She has also learned that she has a reputation; it’s a reputation she does not feel she deserves.

Given that she is 5-foot-9, and 150 pounds, she is physically bigger than many opponents. “They should understand that if they’re getting into wrestling, they should be doing it because they like wrestling and they like getting in the ring, not because they’re trying to become superstars.”

Her travels are taking her many places these days, from Japan to Mexico to England to Canada for her first-ever visit with the AWE out of Winnipeg.

“I don’t get tired of hotels, but I do get tired of not being home,” admitted Hunter. “I get behind. I run my own business at home. I do webmastering work, so I get a little behind on that sometimes. That’s hard. I have a boyfriend that doesn’t live in the same country as me. We’re apart a lot, and that’s hard. It’s not easy.

“The expenses of being on the road are very hard. You make some money, but you sure spend it between gym passes and food on the road and long distance phone calls and these type of things. I try to keep in touch with family to let them know you’re alive. I’m always lying to my parents all the time about how hurt I really am because they think this business is completely f–ing stupid, and why am I doing this to myself?”

The self-analysis comes up as well when Hunter somewhat reluctantly discusses what went down between her and Slyck Wagner Brown in December. It resulted in her ex-boyfriend being arrested for assault.

“Long story short, he and I, we met at school, we went out for a while and worked together, which made it very difficult to completely sever our relationship as clean as it should have been,” Hunter explained. “We moved to Connecticut together. It was a state where we didn’t have any friends or family, so it was hard for either one of us to move out.

“The apartment was mine, so I’d asked him to move out, but financially he wasn’t able to. We split up last summer, and I continued to let him stay there. … Seven months later, I started seeing somebody else. I told him, ‘Dude, you really have to go. I really need to move on with my life.’ I don’t know if he thought I was serious or not, or he thought we’d get back together or what, but it became a bit of a mess.”

Hunter takes a deep breath before continuing. “We got into an argument, and it went to a place it shouldn’t have, and that’s what happened.”

The experience is one more life lesson for Hunter. “The worst break-up I’ve ever been through, honest to God. It’s extremely messy. He can be a nice guy, just not a great boyfriend to me.”