By STEVE LAFLAMME – For SlamWrestling

When one talks about pro wrestling in Eastern Canada in the late 1970s and 1980s, it is important not forget to mention Milt Avruskin’s contribution. Avruskin was the voice of Superstars of Wrestling from 1977 until the mid-1980s, then the voice of International Wrestling in Ontario and Quebec, in 1985-1986.

Actually, he was more than just a voice, though it wasn’t well-known to those watching at home. “Superstars of Wrestling was, factually, my creation,” Avruskin told SLAM! Wrestling. Indeed, Milt Avruskin has been more than an announcer on the pro wrestling scene in Eastern Canada, even if that is how most of us remember him.

Avruskin started in the wrestling business in the mid-1970s working for Universal Wrestling, an independent promotion featuring talent that had broken away from The Sheik’s Detroit promotion. Avruskin was a ring announcer at first, and soon was asked to do commentary. “It was then that I first met George Cannon, who they had brought in to do colour commentary. We became very close friends,” he said.

Shortly after, in 1977, Avruskin pitched the concept of Superstars of Wrestling to Global TV, who accepted it to replace the Universal Wrestling program. George Cannon took care of booking the wrestling talent, and Avruskin would promote the show with the goal being to eventually sell it throughout Canada. Over time, Avruskin had become a distributor of other TV programs as well — not just wrestling — so he could handle the selling aspect of wrestling very well. 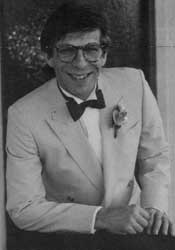 Then came the opportunity to meet Vince McMahon Jr. in New York City. “That initial meeting led to [George and me] working for Vince. I represented the WWF in placing their Canadian show on TV across the country,” he said. Avruskin was a consultant for the WWF for about a year, until the opportunity to be commentator again came along, this time for International Wrestling.

Along with Gino Brito Sr., and sometimes “Pretty Boy” Floyd Creatchman, Avruskin hosted International Wrestling shows that were seen in parts of Ontario, as well as Vermont and, of course, Quebec. Most of the shows were taped in various parts of Quebec, from Hull to Montreal, as well as Verdun and Quebec City. Since he controlled the TV wrestling contracts with the stations in Eastern Canada, Avruskin replaced the WWF show with International Wrestling.

“Milt had a very good eye for TV,” said Gino Brito Sr. “He used to kind of know which guy would get over or not, which guy to feature on TV, which guy to put in an interview, which was a good help to us because, by the letters we would get in those days, he would call the shots before everything would happen, which was good.”

Avruskin recalled some of the talent he was particularly impressed with in International Wrestling:

When International Wrestling folded, Avruskin teamed with Angelo Mosca on Pro Wrestling Canada, an NWA-affiliated promotion that brought shows to Hamilton, Kitchener, Peterborough and a few other locales. PWC ran from the fall of 1986 to the spring of 1987, and included a TV show that aired clips from Jim Crockett Promotions.

After International Wrestling and Pro Wrestling Canada closed show, Avruskin turned his attention full-time to his own company, Rebel Media Ventures Corporation, selling TV programs and acting as executive producer on several documentary series. “Believe it or not, I had been studying to become a chartered accountant at the University of Toronto,” chuckled Avruskin, who moved to Toronto when he was 18.

When asked what he learned from working for wrestling promotions, Milt Avruskin had an interesting answer: “I probably gained some insight into the psychology of the masses.” He regrets not having stayed in touch with most of the people he worked with, but is always happy whenever he bumps into one of them.

Avruskin admits that, even though he does not feel like he had any mentor, he enjoyed watching and listening to Mean Gene Okerlund and Ed Whalen. He still watches pro wrestling on TV from time to time and, contrary to many former wrestling personalities who feel that today’s wrestling is not worth much, Avruskin has the utmost respect for today’s wrestlers, who take bigger bumps, who are bigger and stronger than ever.

Does he believe in the return of an Eastern Canadian independent promotion on TV? “It is possible, but not likely,” he replied. A return as a commentator/announcer would be “enjoyable” but also unlikely.

Steve Laflamme teaches French and literature at college, which is kind of odd in the eyes of people who know him, since Ric Flair and Ole Anderson have nothing to do with Mrs. Bovary and Eugenie Grandet. However, Steve is pleased to tell them that there ARE similarities between wrestling and literature. He started watching wrestling in the early 1980s, during the good old days of Varoussac Promotions, and is still desperately searching for anything regarding that era. He can be emailed at [email protected].