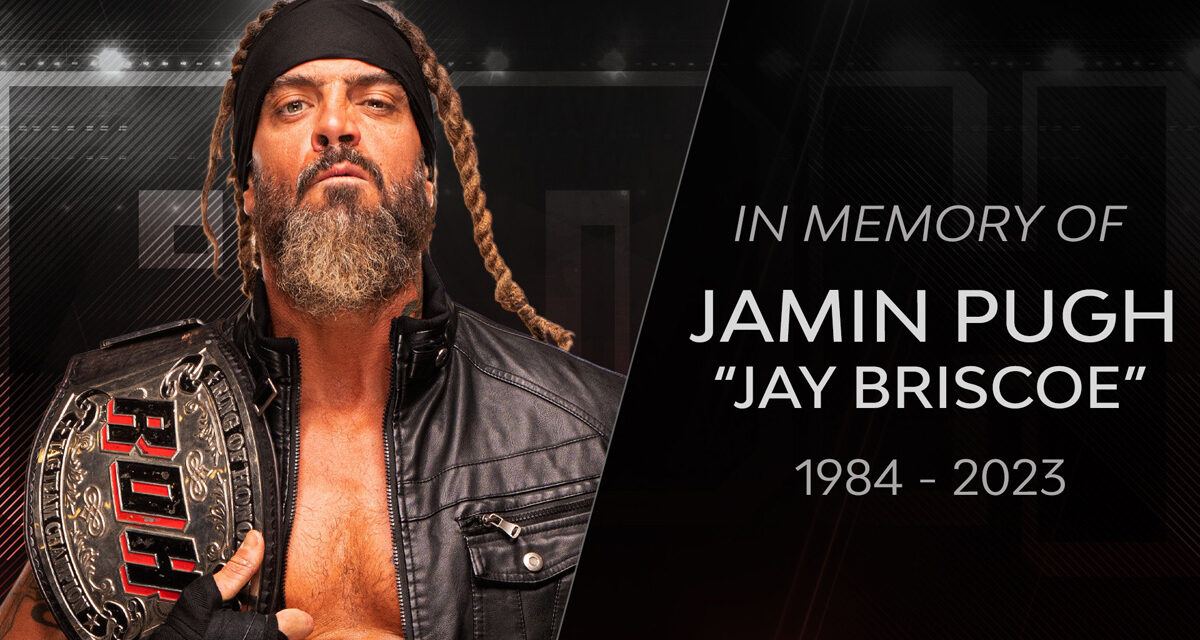 Ring of Honor and Pro-Wrestling Tees are now selling a Jay Briscoe tribute shirt with all of the proceeds going to his family.

The following statement has been made by Ring of Honor:

“On January 17th, the wrestling world lost one of its most beloved family members when Jamin Pugh, known professionally as Jay Briscoe, tragically lost his life in an automobile accident. A member of the Ring of Honor family from the very beginning, Jay became a multi-time ROH World Champion, a 13-time ROH World Tag Team Champion, and a first-ballot ROH Hall of Famer with his brother Mark. Together, The Briscoe Brothers were a part of ROH’s foundation, the heart and soul, and were essential in building that company into the most influential wrestling promotion of the last twenty years. But more than that, the Pugh family lost a husband, a father, a brother, a son, and in an effort to both honor Jay’s memory as well as support those left behind, we are offering this “Reach For The Sky” t-shirt with 100% of the proceeds going to benefit the Pugh family as they cope with this tragic loss.”

You can check out the shirt and purchase options at the link below.