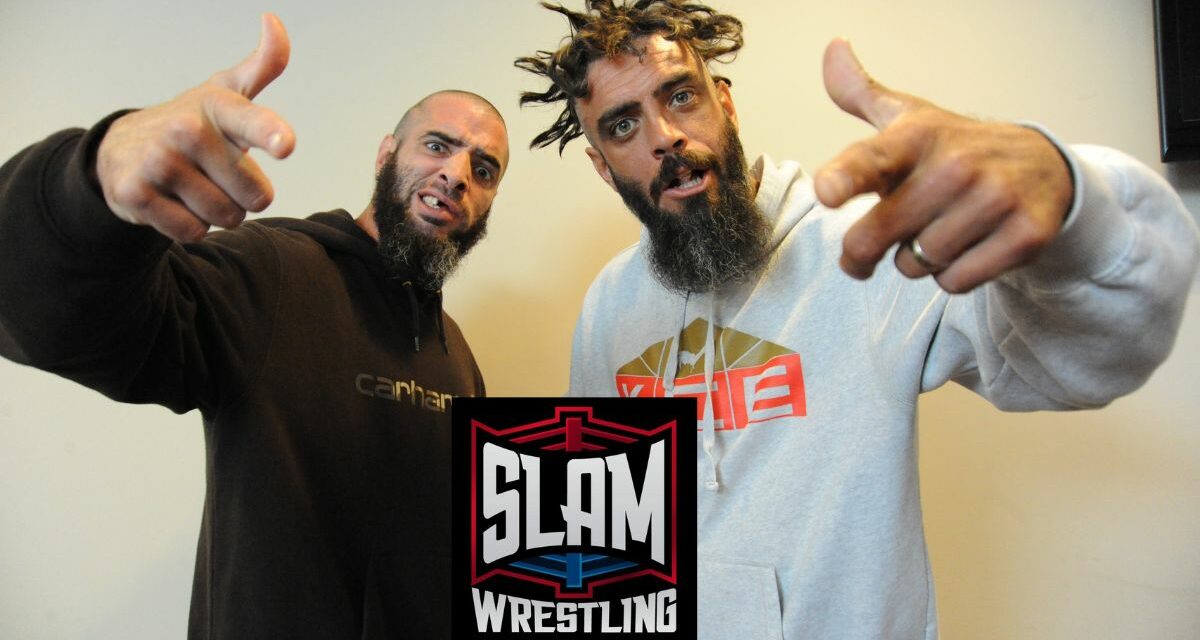 In his own words, Jay Briscoe wasn’t exactly cosmetically pleasing.

Crazy hair, wild eyes, tattoos all over his body, a voice that at first listen was a little hard to understand, somewhat undersized – Briscoe entered the wrestling business with few advantages.

But to wrestling fans, his peers and almost anyone who bought a ticket to see him wrestle – maybe he wasn’t cosmetically pleasing (like he famously said John Laurinaitis told him following a WWE tryout) – he was undeniably beautiful.

The sudden and devastating passing of the former Ring of Honor World and Tag Team champion at the age of just 38 following a fatal car crash on Tuesday, January 17, sent shockwaves through the wrestling and entertainment industry.

Briscoe – aka: Jamin Pugh – and his brother Mark are just one month removed from completing an epic trilogy of matches with FTR that breathed new life into the ROH brand. Many considered the double dog collar match from December’s Final Battle pay-per-view as the match of 2022. 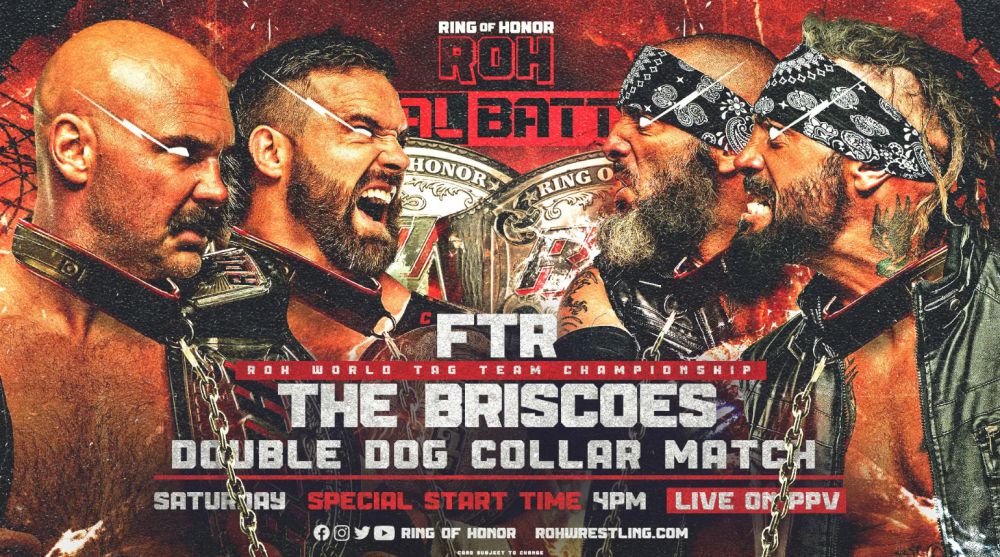 But just looking at 2022 alone is nowhere near enough to grasp the legacy that Jay and Mark made across the world.

As a western Canadian saturated with WWE, WCW and TNA for years, the only way to come across ROH in its early days was tape trading. There was no YouTube, no FITE and so few ways to stay connected to the east coast wrestling scene.

But the chatter about what was happening at ROH eventually dripped west. Names like CM Punk, A.J. Styles, Colt Cabana and the Briscoes began appearing more and more online.

Borrowing tapes from friends, reading results online and trying to find whatever was out there on the Internet helped myself and other fans gain an appreciation for the Briscoes from thousands of kilometers away. 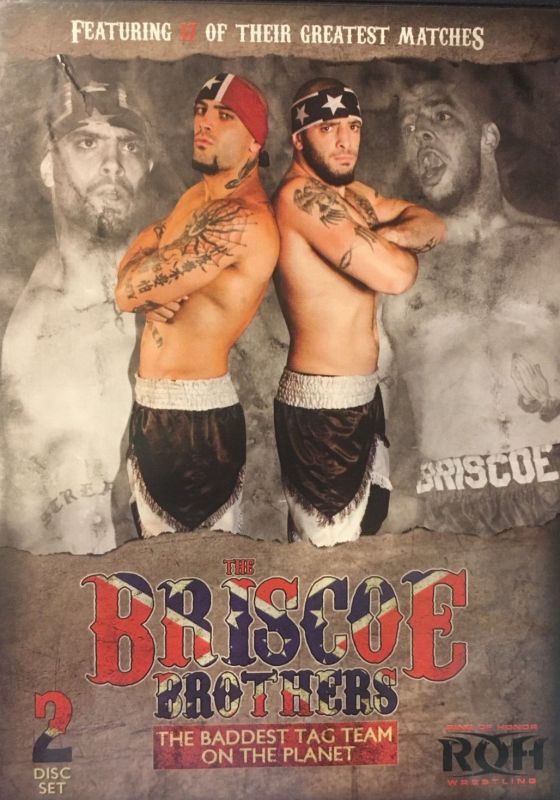 The Briscoes could work any style – they could entertain in the air with the Young Bucks, brawl with a team like Kevin Steen and El Generico, tell stories in and out of the ring like they did with the Age of the Fall, work strong style with teams from Japan, the American Wolves and reDRagon and just flat out entertain with teams like SoCal Uncensored.

But to me where Jay truly shined was his promos. Everything he said sounded real. You felt every emotion he was expressing and you never felt like he was acting or reading lines. He swore, he spat, he made threats, he likely made you feel uncomfortable but it always felt legit.

There are so many incredible promos from Jay but the aforementioned “cosmetically pleasing” promo was one that always stood out to me.

Years before Chris Jericho was ever thinking about a pro wrestling vs. sports entertainers storyline, Jay was eloquently comparing his years of grinding on the indies, setting up rings, busting his ass and suffering injuries to what many considered the easy life in WWE developmental.

He effectively transformed Charlie Haas and Shelton Benjamin into entitled crybabies and made you feel his struggles. It’s a common story told by many indy stars but I don’t think I’ve ever heard a wrestler put it all together so perfectly.

Cabana’s Art of Wrestling podcast with the Briscoes was another moment that somehow made them feel even more real. Episode 26 of the great original wrestling podcast had the boys explain their chicken farming extensively, tell hilarious stories and entertain from start to finish. I looked at them as scary and crazy heels at that point but I felt that show humanized them so much and showed off just how great they were at storytelling. 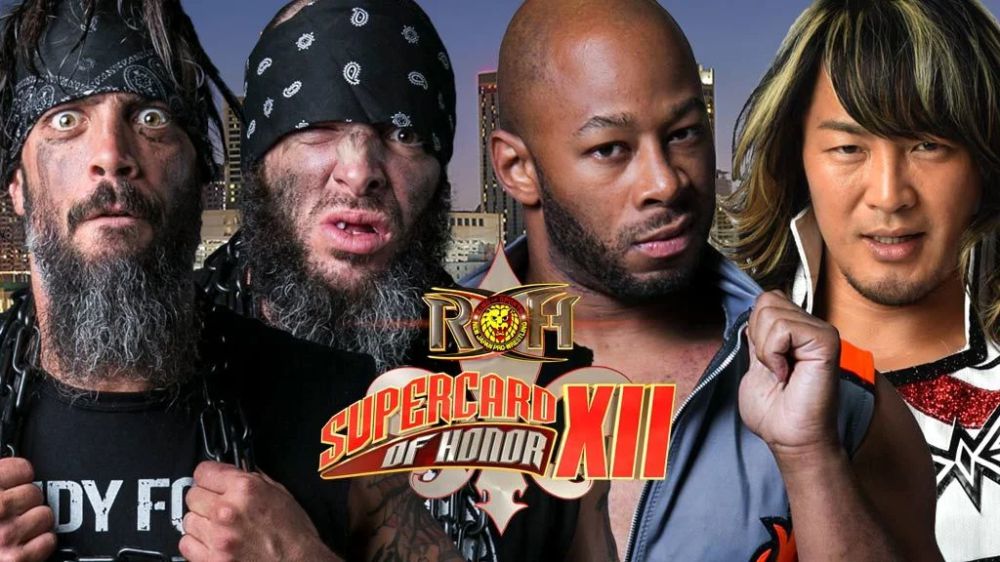 I was lucky enough to attend ROH’s Supercard of Honor XII in New Orleans in 2018 and it was the only opportunity I got to see the Briscoes perform live.

The Briscoes put the ROH tag titles on the line against the unique pairing of Jay Lethal and Hiroshi Tanahashi. They were booked as heels, but the crowd that night (and most nights) loved the Briscoes too much. They told a story of how two singles wrestlers – no matter how good they may be – simply cannot beat a strong tag team. It was one of the highlights of the show for me and the Briscoes arguably got the show’s biggest reactions.

Recent years had unfortunately seen the Briscoes unable to crack American TV because of a 2013 homophobic outburst made by Jay on Twitter. There is no excuse for what Jay posted, but in recent years the mistake has reportedly allowed him to grow and mature. Other LGTBTQ+ wrestlers have also stated on record that he is a changed man. Jay seemed to have been contrite and learned from his mistake, but it’s just a shame that he will never get that opportunity to perform on TV again.

The legacy of the Briscoes is as one of the greatest tag teams of the 2000s and of North America all-time. Jay himself achieved incredible success as a singles wrestler and they should be considered the franchise players of the ROH brand. 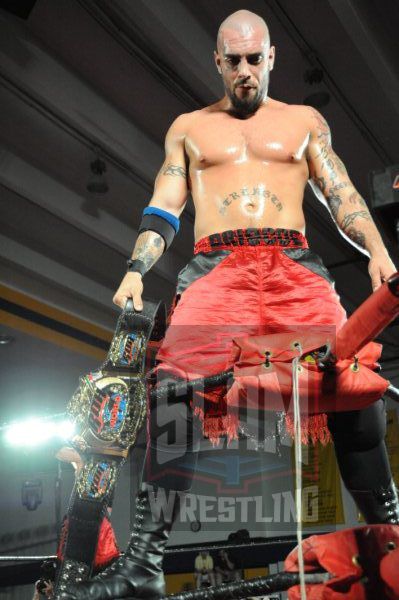 Thankfully, so much of their career has been recorded and should be shared to any and all wrestling fans. They could work, they could talk and they were the most unique tag team in decades.

Let’s hope that Tony Khan can keep Jay’s legacy alive and never forget the man who put ROH on his back, always stepped up and worked his ass off to entertain.

He was taken way too soon, but his considerable legacy isn’t too bad for a guy once considered not cosmetically pleasing.

TOP PHOTO: Mark and Jay Briscoe in Toronto in May 2017. Photo by Mike Mastrandrea, www.mikemastrandrea.com