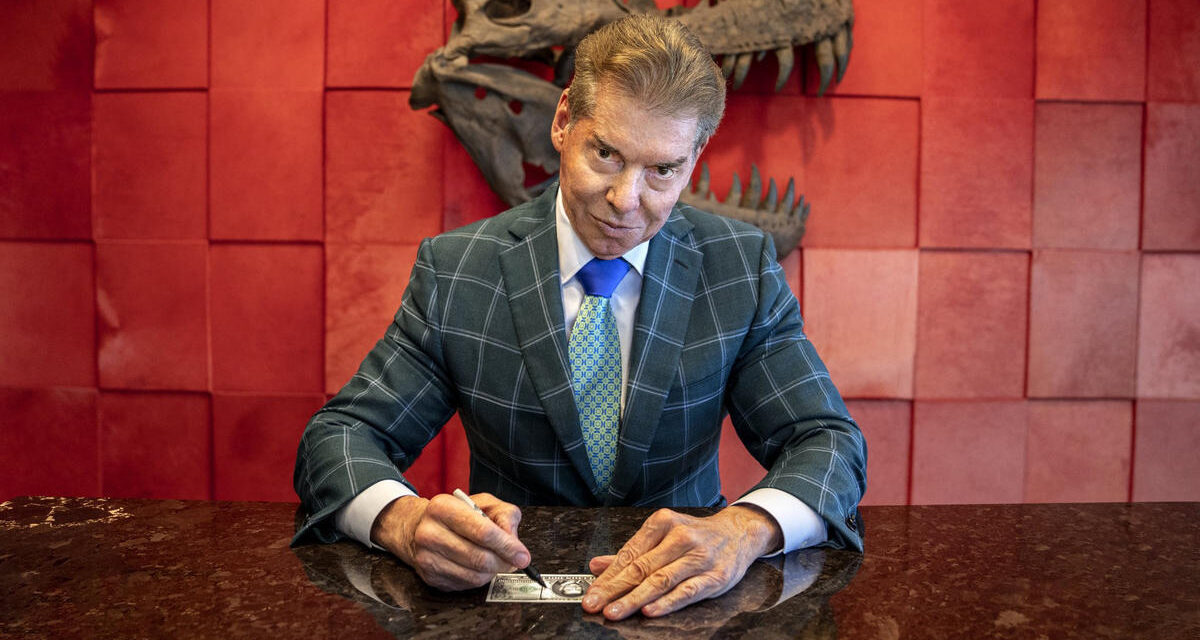 The Wall Street Journal is reporting that disgraced WWE CEO Vince McMahon could be coming back to the company with the goal of eventually selling the WWE to a prospective buyer.

The report states that McMahon, the majority share holder, plans on putting himself as well as Michelle Wilson and George Barrios on the board of directors, ousting three current members. Wilson and Barrios were WWE co-presidents in the past. McMahon needs approval from the board for this to happen. The McMahon owns 92 per cent of the company’s  shares, each equals 10 votes.

In a statement McMahon said: “WWE is entering a critical juncture in its history with the upcoming media rights negotiations coinciding with increased industry-wide demand for quality content and live events and with more companies seeking to own the intellectual property on their platforms. The only way for WWE to fully capitalize on this opportunity is for me to return as Executive Chairman and support the management team in the negotiations for our media rights and to combine that with a review of strategic alternatives. My return will allow WWE, as well as any transaction counterparties, to engage in these processes knowing they will have the support of the controlling shareholder,” he said.

McMahon claims to have no intension of reclaiming his past roles in the company which included overseeing all WWE broadcast content.

“I look forward to working closely again with Michelle and George – as well as the Company’s remaining directors and management team, who have my full support and confidence. WWE has an exceptional management team in place, and I do not intend for my return to have any impact on their roles, duties, or responsibilities,” he also said.

Stephanie McMahon and Nick Khan have been co-CEOs since McMahon left the company. Both serve on the board along with Paul Levesque, the chief content officer.

McMahon exited the company last year after being investigated for payments he made to settle settle allegations of sexual misconduct and infidelity with former WWE employees and subjects outside the company.

A few weeks ago, John Ourand of The Sports Business Journal predicted that NBCU will not only pull in Smackdown but will buy the WWE.

He wrote in his column: WWE goes all in with NBCUniversal. The WWE’s TV deals expire at the end of 2024, but it will start to negotiate new deals in April, right around when “WrestleMania” is in L.A. By the end of the year, the group will have a deal in place with NBCU that keeps “Raw” and “NXT” on USA and moves “SmackDown” from Fox to one of NBC’s channels. The real significance of this deal comes in two years the two negotiate their Peacock deal. The deals for “Raw” and “SmackDown” will lay the groundwork for NBCU to buy WWE outright.