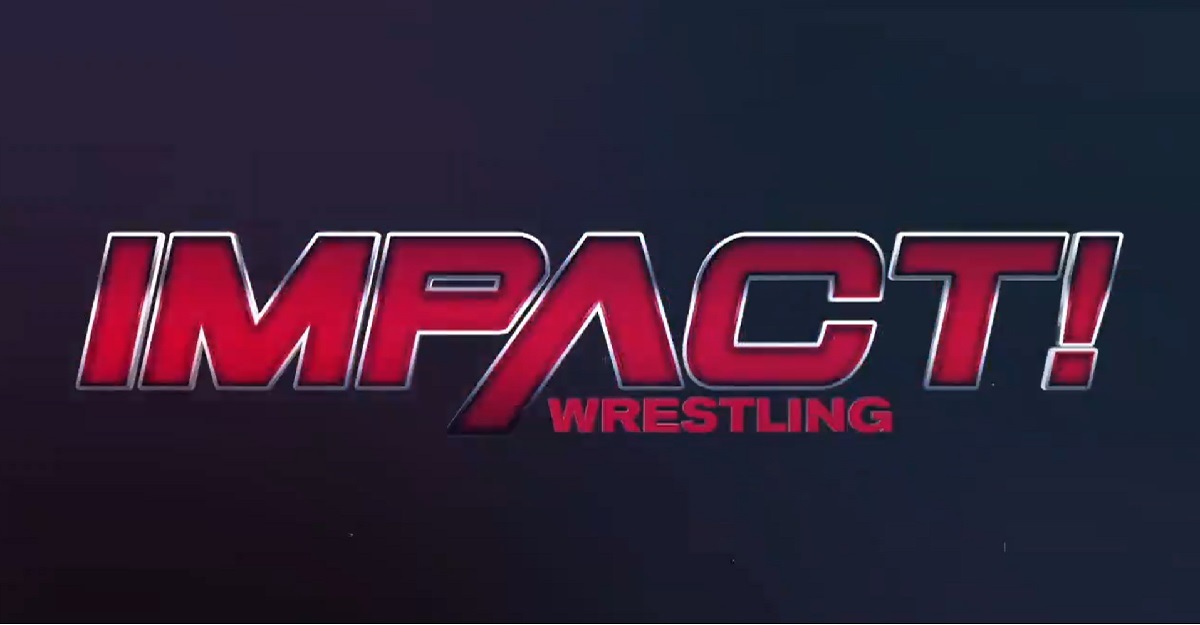 With Hard to Kill coming in just 3 weeks, it’s hard to avoid rising tempers between challengers, champions, and rivals in general. This episode of IMPACT! features action-packed matches with tensions running high!

Jessicka and Rosemary represent the Death Dollz in this matchup to kick off the show. Purazzo starts off against Jessicka, and the two trade holds with Jessicka getting the better of the Virtuosa. Shaw gets tagged in and faces some punches and a landslide before Rosemary tags in and bites Shaw.

Rosemary traps Shaw in the corner and punishes her with a headscissors over the rope. Purazzo takes advantage while the ref takes on Shaw and kicks Rosemary, throwing her back into the ring where Shaw pins her for a count of two. She tags in Purazzo, who clotheslines Rosemary for another 2 count. Shaw gets tagged back in and hits Rosemary with a kick to get a 2 count.

The challengers continue the frequent tags with Purazzo coming back in and locking in a headlock, which Rosemary fights out of and hits a Fisherman’s suplex. Both women tag in their partners, and Jessicka comes in to deliver a slam and a crossbody to Shaw. Purazzo breaks up the following pin, so the Death Dollz slam their opponents’ noggins against each other. Jessicka sets Shaw up to receive a spear from Rosemary and the Death Dollz retain their titles.

Backstage, Jordynne Grace and Mickie James talk shop about their tag match tonight. Grace encourages James in her quest to beat Tasha Steelz and assures her that she’ll be there to make sure that that happens, and that James makes it to Hard to Kill.

Sami Callahan comes out and talks about how frustrated he is with the 3-on-1 situation he faces against The Design. He calls them out, and they oblige. Cody Deaner calls Sami sick for getting in the ring and mutilating his body simply for the adoration of the wrestling fans, who Deaner says don’t care about him.

Deaner says that the antidote for Sami’s sickness is violence, and he and Design surround the ring. Sami says he’s not here to fight, he’s here to join the Design. Alan Angels says he of all people understands the concept of strength in numbers, but Sami isn’t the man he used to be, and is unworthy to join. Sami claims that he’s the one who weakened Eric Young, so there would be no Design without him.

Sami asks one more time to join, and the Design respond by beating Sami down. Deaner stabs his thumbs into Sami’s eyes and hits him with a DDT, effectively delivering their answer.

Tommy Dreamer and Josh Alexander attempt to hash out their problems backstage. Alexander tells Dreamer that he has too much baggage around Bully Ray, and it’s dragging Josh down. Josh forgives Dreamer, but in a very frustrated and sarcastic tone, leaving Dreamer to dejectedly walk away.

Bailey and Uemura trade fast-paced mat holds, with Uemura gaining the advantage with a series of powerful arm drags. Bailey catches Uemura with a hard kick and follows up with a chop and another kick in the corner. He slams Uemura and lands flying knees to the ribs of Uemura to get a 2 count. He locks in a single leg crab, but Uemura is able to make it to the bottom rope.

Bailey delivers a series of vicious strikes and gets another 2 count, but Uemura fights back with a flying elbow and an explosive bulldog. He follows it up with a dropkick and a Saito suplex for a 2 count, before tossing Bailey out of the ring as we to commercial.

When we come back, Uemura is hitting Bailey with a slam for 2. Bailey regains some momentum with a short arm dropkick before delivering a blindingly fast series of kicks and a standing corkscrew Shooting Star Splash which gets him a 2 count. He keeps up the offensive with more kicks, before sending Uemura to the outside and delivering a top rope moonsault. Bailey delivers even more kicks and moonsault knees for a 2 count, but Uemura catches his attempt at a windmill kick and delivers a double underhook overhead suplex.

The two competitors trade strikes, with Uemura gaining the advantage with a massive clothesline and a slam. Bailey tries to escape to the outside, but Uemura catches with a crossbody. Uemura goes for another one back in the ring, but Bailey catches him with his knees. He goes for another windmill kick, but Uemura counters with a German Suplex. Bailey fights through the pain to land his windmill kick followed by the Ultima Weapon to pick up the win.

After the match, Kenny King appears on the screen, live from Mexico to belittle Mike Bailey, saying he’ll never get a chance to face him.

The Motor City Machine Guns confront Heath and Rhyno as well as Matt Cardona and Brian Myers. They tell them that at Hard to Kill, it’ll be all 3 teams, as well as Ace and Bey in a 4-way match for the tag titles. Chris Sabin also challenges Matt Cardona to a one-on-one match next week.

Jason Hotch and John Skylar are set to face off against Johnny Swinger and Zicky Dice, but Bully Ray comes out and attacks the two of them. He zip-ties Hotch to the ropes and grabs a mic, saying that all that has to happen for him to not assault him is for Josh Alexander to come out.

The Walking Weapon enters with a chair and chases off Ray, and he frees Hotch, but Hotch and Skyler blindside Josh and attack him. They zip-tie Alexander to the ropes, and Ray grabs the chair Josh brought in and almost slams him in the head with it, but Tommy Dreamer comes in and stops him. Skylar and Hotch attack Dreamer, and Ray hits him with a low blow and a piledriver. He retrieves a ladder and slams Dreamer with it and the chair while Josh is forced to look on helplessly.

After the attack, Scott D’Amore finds Josh Alexander backstage and tells him that Tommy Dreamer will be alright. Josh feels personally responsible for what happened to Dreamer, because he might not have been out there if Josh hadn’t been less than nice to him earlier in the show.

Josh asks for his match with Bully Ray at Hard to Kill to be changed to a no holds barred Full Metal Mayhem match, so he can beat him at his own game, and D’Amore agrees. However, to prevent further chaos, D’Amore sends both Josh and Ray home, saying they won’t be back on Impact TV until Hard to Kill.

Maclin starts out the match fast with a series of punches and a Biel toss. He attacks the chest of Swann with chops before hitting a running elbow. Maclin taunts Swann, who responds with a flurry of dropkicks. He looks for a springboard crossbody, but Maclin counters with a swinging backbreaker as we go to commercial.

When we come back, Maclin is still in control, methodically beating down Swann. Swann fights back with punches and a corkscrew kick, but Maclin plants him with a uranage for a 2 count. He continues with a backbreaker and a powerful Irish Whip, before hanging him up on the ropes.

Swann avoids Maclin’s attack (Attacklin) and counters with a barrage of kicks, but when he looks for the Phoenix Splash, Maclin rolls out of the ring. Swann attacks with a cannonball swanton, but when he goes for another, Maclin dodges him and slams his face into the steel steps. He continues the assault, and he gets counted out.

This doesn’t stop him from attacking Swann, and when security and the referee attempt to stop him, he launches a tirade of foul language and grabs the ref by his collar. Swann fights back, and the security is forced to separate the two as they yell obscenities at each other.

The stakes of this match are high, as if Mickie James is pinned, she won’t make have the match at Hard to Kill against Grace. Steelz starts off against James, with the two trading maneuvers with James getting the advantage with a Thesz Press. Both women tag in their partners, with Grace landing a kick and locking in a sleeper hold on Evans. Evans backs Grace into her corner so Steelz can assist with a kick. She tags Steelz in as we go to commercial.

When we come back, Steelz is beating Grace down with a kick. She traps Grace in her corner, but Grace fights her way out and rolls over to her corner to tag in James. James comes in hot with a clothesline to Steelz and a kick to Evans, before dropping Steelz with a flapjack. James looks for an attack from the top, but Evans shoves her off the top rope, allowing Steelz to pin her for a 2 count.

Steelz locks in a headlock and strikes with a kick when James fights her way out of it. James rolls Steelz up for 2, but her momentum gets stopped cold with a clothesline. Evans is tagged in and targets the chest of James with stomps and a leg drop that gets her a 2 count. James shows defiance with a slap to Evans who makes her pay with a spear into her corner. Evans distracts the ref, allowing Steelz to choke James.

Evans tags in Steelz, who continues the beat down on James and pins her for 2. She locks in a submission, which James fights her way out of to deliver a hurricanrana. She hits a neckbreaker on Steelz, who tags in Evans. James intentionally refuses to tag in Grace, who gets knocked off the apron by Evans. Evans looks to spear James in the corner, but she avoids it and delivers a leg drop. The following pin is broken up by Steelz, allowing Evans to drop James with a massive suplex.

Grace makes things even by breaking up the pin. Evans tags in Steelz and they look for a tag team move, but James fights out of it. Grace tags herself in, drops Evans with a spinebuster, and grabs Steelz to deliver a Muscle Buster and pick up the win for her team to ensure that she’ll face James at Hard to Kill.

The two exchange strong words after the match, boiling over with James delivering a superkick to Grace.

Having not watched Impact in a while, I was quite impressed by the matches on this show. Mike Bailey and Yuya Uemura was a very fast paced, hard hitting match that I very much enjoyed. The storylines have a lot of emotion in them, and they’re all very compelling. All in all, very good show.