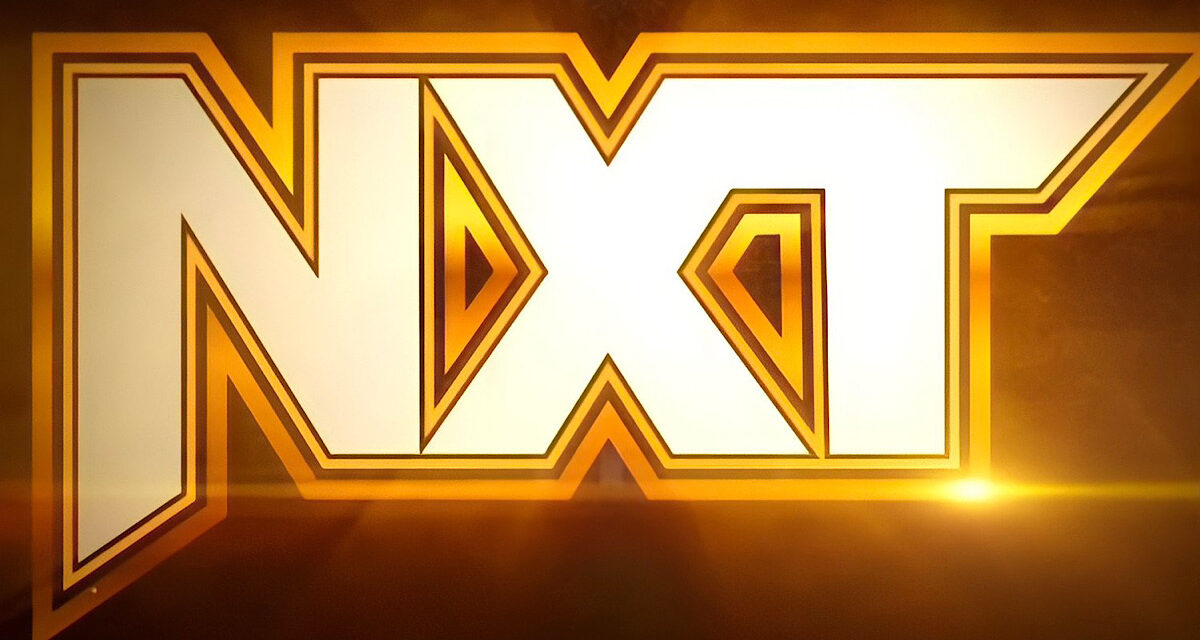 Coming off of the inaugural NXT Deadline event last Saturday, winner of the women’s Iron Survivor Challenge Roxanne Perez opens tonight’s episode in-ring before the much more charismatic men’s Iron Survivor Challenge winner Grayson Waller cuts her off. Putting Perez in a promo battle with Waller is like throwing helpless bait into a shark tank, but NXT Champion Bron Breakker arrives to back her up and chase the number-one contender into the crowd. The NXT Women’s Champion Mandy Rose blindsides Perez, “striking first” and standing tall.

Footage from earlier shows JD McDonagh in the trainer’s room accurately and creepily predicting his doctor’s note as the Creed Brothers check in to issue a challenge. Meanwhile, Perez is still battered in-ring demanding her championship match tonight: “You’ll get it, honey,” responds Rose.

Chaos continues to ensue when “Stacks” attacks North American Champion Wes Lee backstage and eventually brings it ringside to begin the scheduled match. Lee takes control preceding picture-in-picture with a nasty-looking outside dive until “Stacks” turns the tide – unable to finish the job frustrating cornerman Tony D’Angelo. Lee hits a crazy back-flip kick for the pinfall victory, but the towering Dijak makes his entrance thereafter with “his brand of justice.” D’Angelo cheapshots Lee and tells Dijak, “I just did your job for you!”

Andre Chase catches Duke Hudson shaking hands with Drew Gulak, but they put their differences aside as “Duke Hudson is Chase U through and through.”

Diamond Mine vs Toxic Attraction

The NXT Women’s Tag Team Champions Kayden Carter and Katana Chance are on commentary arguing with a deranged Booker T as Ivy Nile and Tatum Paxley take on Gigi Dolin and Jacy Jayne for a shot at the gold. It isn’t long until the matchup devolves into a three-team pull-apart brawl that cameras pull away faster from than the opposing show.

Josh Briggs and Brooks Jensen have Fallon Henley’s back after a discouraging phone call from her dad. Jensen claims, “2023 is gonna be our year!”

Trick Williams shows Carmelo Hayes a picture of him “being posterized by Axiom on Twitter,” to which Hayes responds, “Send me that picture. No, delete it, cause I’m gonna go delete Axiom’s ass.” Trick and ‘Melo gang continue to be the most entertaining duo in NXT.

Wagner needs a victory to get his swagger back, but gigantic Jones might physically be his biggest opponent yet. Edris Enofe and Malik Blade are in one corner and “bum-ass James Bond” Mr. Stone takes the other, inadvertently providing distraction for Blade to cheapshot Wagner leading to victory. Wagner cannot catch a break these days.

“Big Body” Javier Bernal is stuck in a biased interview with McKenzie Mitchell, who is “rooting for Jiro” in his upcoming match. The “Big Body Believers,” his fanbase, are patiently waiting for a win.

“Style Strong” Jiro gets the one-up on Bernal in his vibrant yellow blazer, eventually hitting a top-rope hurricanrana and Shining Wizard for an unnecessary victory. Out of nowhere comes the goofy Scrypts character who desperately needs a rewrite.

Wendy Choo reflects on watching the Iron Survivor Challenge, happy that Cora Jade couldn’t secure the victory. She’s upset that Jade threw a drink in her face, which segues into a cheesy flashback about a childhood slumber party like this is a Nickelodeon show.

Some life is injected into the episode when new NXT Tag Team Champions The New Day enter the ring. Kofi Kingston is now recognized as the first singles and tag team triple-crown champion with a record-breaking 15 tag team title reigns! Xavier Woods reminisces about competing in the first ever NXT match but never winning gold: “but look at your boy now!” Former champions Pretty Deadly interrupt the celebration to demand a title shot, only granted if they can “recite the Pledge of Allegiance,” which Brooks Jensen and Josh Briggs capitalize on with an American flag. Tired USA versus England rivalries are still happening like it’s 1776.

Footage from earlier shows Elektra Lopez talking smack about Indi Hartwell to the women’s locker room before the two women in question commence in a pull-apart brawl.

McDonagh with zero points in the Iron Survivor Challenge comes back with some impressive offense against the bulky Creed, who is taken apart with a limb-targeting gameplan. “Irish Ace” looks to utilize a steel chair until spiffy Sanga and Veer take it from his hands. However, it’s still a completely one-sided victory when McDonagh gets an eye-opening win over the former NXT Tag Team Champion, who looks to blame Sanga and Veer ringside.

In a backstage interview, Zoey Stark calls Nikkita Lyons a clout chaser and “a waste of roster space.” After, a cinematic vignette plays for Lyra Valkyria.

Continuing the weird vignettes is a recap of Isla Dawn’s feud with Alba Fyre, which included the black-goo spewing referee everyone would rather forget.

Miller shows aggression after getting tugged around; “You don’t wanna test a sister’s hair,” advises Booker T on commentary. But a frog splash from Valkyria puts her debut match away with not much to write home about.

Axiom, in his mask and turtleneck combo, responds to Carmelo Hayes: “When I step in the ring, I fear absolutely no one.”

Brooks Jensen runs into Kiana James backstage, who gives him an early Christmas gift: “a nice dress shirt that actually fits. If you’re gonna become a champion again, you should look like one.” Meanwhile, the three-team brawl from earlier erupts once again as the six women distort the microphones with their screaming.

International student Hudson has won the hearts of his fellow Chase University classmates, but Kemp bullies him around in the early goings. Drew Gulak appears but is sent away by Andre Chase and Hudson starts hulking up: “You!” He hits a Bionic Elbow and tunes up the band for a big boot for victory. Hudson will betray them eventually, but right now he’s killing it as a member of Chase U.

Rose’s attire pays tribute to a record-breaking women’s champion in Nikki Bella, but the former’s 413-day reign has ways to go before topping the NXT leaderboard. Perez really isn’t a strong enough option to carry the throne, and the dilemma for months has been: who is? The champion controls through picture-in-picture, but Perez reverses with a top-rope hurricanrana. Rose cinches a Crossface and hits Kiss by the Rose for a two-count, and based on how often commentary mentions “413,” this is probably it. Perez delivers Pop Rox for a three-count victory and huge pop to end Rose’s reign and lead the division into a new era, viably or not. “We did it!” shouts out Booker T.

An average episode with a feel-good victory at the end, it was at least well thought out with the removal of Toxic Attraction and underdog story of Perez. The cheesy bits of NXT are here to stay apparently, but highlights tonight like Waller, McDonagh, Hudson leave something to look forward to.