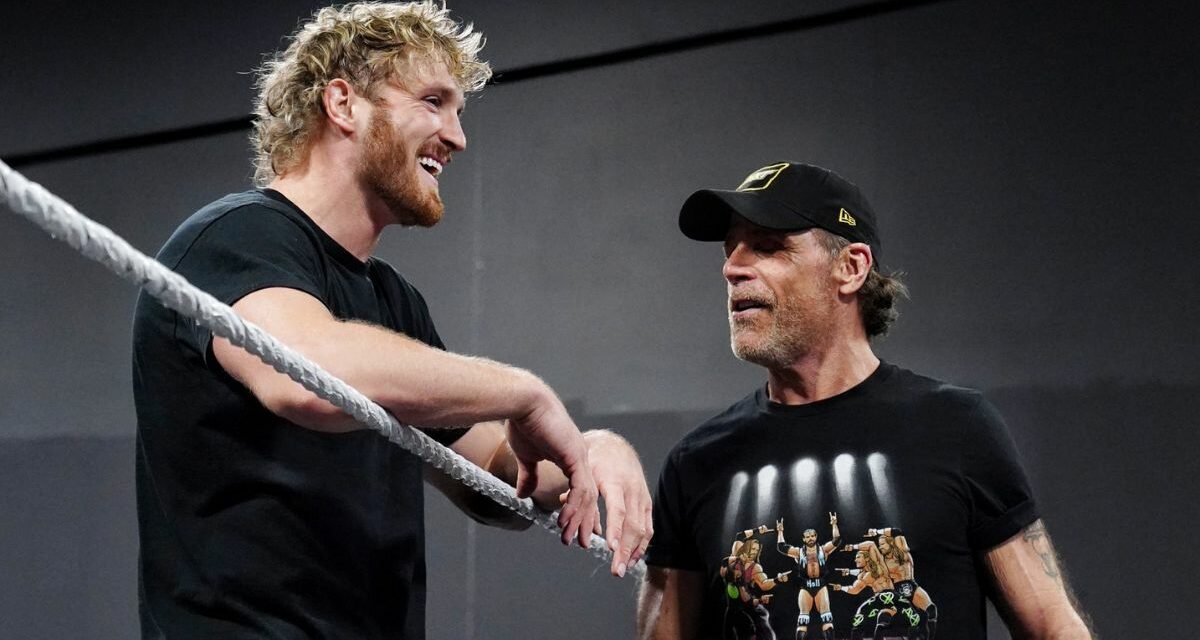 In a media conference call on Thursday, Shawn Michaels was more than happy to promote NXT Deadline, airing this Saturday on Peacock and the WWE Network.

“I’m very excited about Deadline Saturday,” he said at the beginning of the call.

As the head of NXT and Senior Vice President of Talent Development Creative, Michaels showed pride in much of his young, up and coming talent, belief in their potential and their ability to deliver a special show at Deadline.

But the Deadline show also has some so-called “main roster” talent back in NXT, with Apollo Crews challenging for Bron Breakker’s NXT championship, and The New Day (Kofi Kingston and Xavier Woods) trying to wrest the NXT Tag Team titles away from Pretty Deadly (Elton Prince and Kit Wilson).

Michaels said that he is “absolutely jazzed to have [New Day] here in NXT.” He noted Woods’ NXT history. “He’s wanted to come back for a long time,” said the former Heartbreak Kid.

Asked about the process of getting talent from Raw or Smackdown to NXT, Michaels noted that the creative team “never go into it asking for long-term” from the bigger names. It helps that many WWE wrestlers live near to Orlando, Florida, and the WWE Performance Center, or at least in Florida, which makes the ask easier. Plus, many have NXT roots themselves, which allowed Michaels to pull on history and heartstrings. He believes that many, like Woods and Kingston, want to give back and help the next generation.

From a creative standpoint, they figure out a date and then ask about the possibility. Michaels said that sometimes things happen quickly, almost off the cuff, and they don’t know who’ll they will get, and other times, they have someone specific in mine. “It doesn’t have to be a real formal process,” he confirmed.

As for NXT talent ready to move up, Michaels hemmed and hawed a bit, noting there are “different versions of ready” — but started naming names.

He said that Pretty Deadly are a tag team “you could probably insert right in.” JD McDonagh and Grayson Waller were a couple more names, and he added that Apollo Crews could go back up any time.

Age, maturity and time in the business matter, Michaels said, and while to many onlookers Bron Breakker and Julius Creed would be naturals for the main roster, he cited them as examples of people who “we’d love to have them cook a little longer” in developmental. 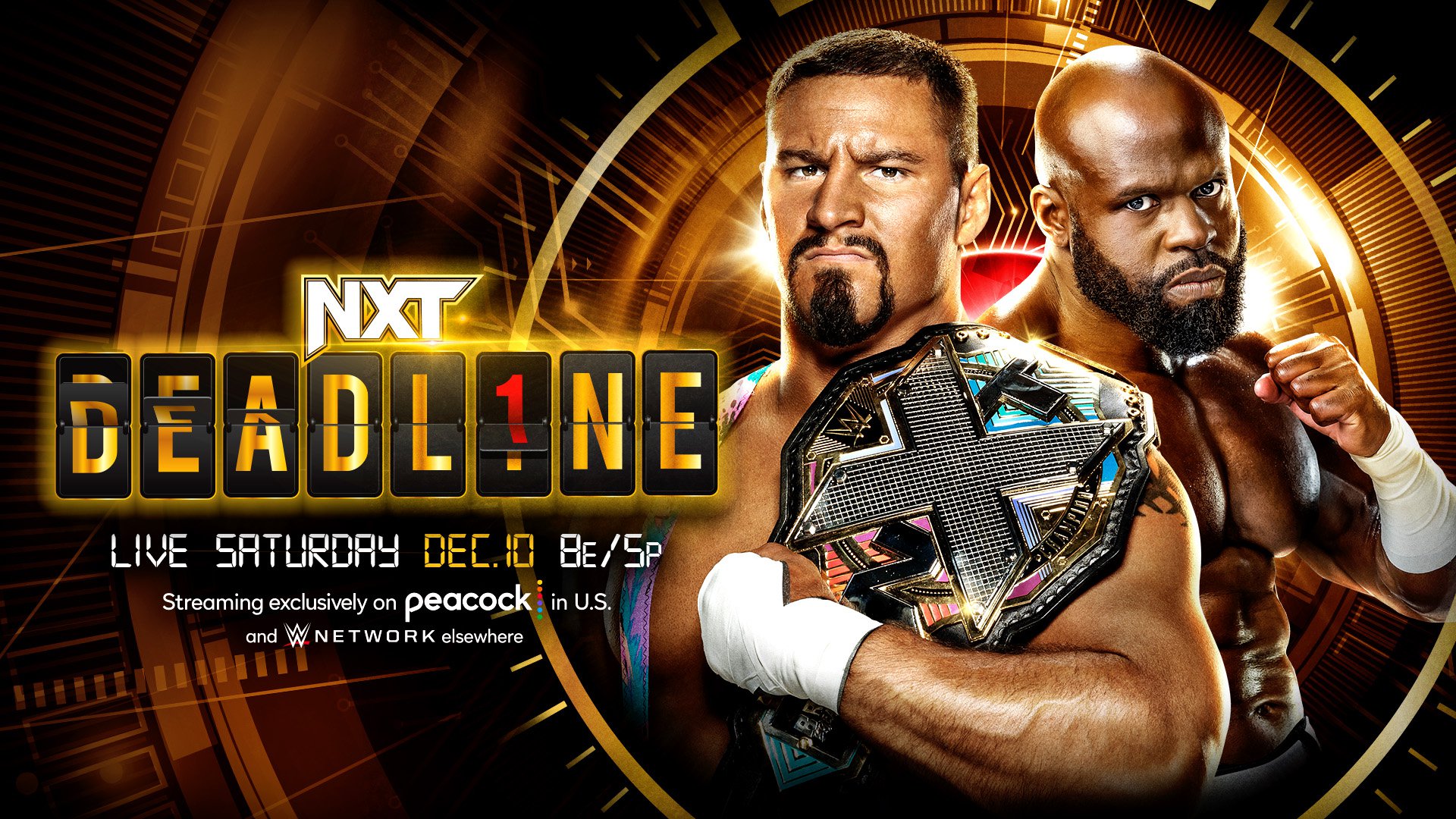 There are two new gimmick matches on the show, Iron Survivor Challenge bouts to determine the top contender for the NXT championship on both the men’s and women’s sides.

The women’s match has Zoey Stark vs. Cora Jade vs. Roxanne Perez vs. Kiana James vs. Indi Hartwell, and the men’s bout is Carmelo Hayes vs. JD McDonagh vs. Grayson Waller vs. Joe Gacy vs. Axiom. “These are all people we believe in, both on the men’s and women’s sides,” he said.

Michaels reminded the media that NXT is there for things to be tried out and tested. “I love that process,” he said. This test happens to be a match to try out.

Working with the creative team, “this is something we eventually landed on.” The inspiration was Iron Man matches but with less time committed, and Michaels said that he has always enjoyed the gauntlet-type fights. “We’ll how it goes. I think it’s going to be fantastic,” Michaels said. “Maybe we’ll have a match that everyone will remember for a long, long time.”

His long-time friend Paul Levesque — Triple H — is his boss, with a myriad of titles, including Chief Content Officer. Michaels lamented that they don’t get to hang out any longer. “He’s got so much going on,” said the DX member. It’s a hands-off relationship to NXT, he added. “He’s letting me do my thing … I’m very fortunate, he trusts me.”

On the management side, Michaels noted that he knows nothing about William Regal leaving AEW and coming back to NXT, where his son, Bailey Matthews, is working. “I’m the guy that’s been reading it from you guys,” joked Michaels to the media. “There’s nothing official.”

Related, Sean Waltman, who was X-Pac in DX, recently was on NXT TV helping to set up the Iron Survivor Challenge matches. Waltman later said that he wanted to wrestle more. He didn’t tell Michaels that he wanted to get back in the ring — “He tells you guys, but he doesn’t tell me about it.” Michaels is open to the idea. “He looks fantastic,” he said. “The talent would benefit from that so much. The talent would have a blast.”

The thing that had Michaels the most excited was NXT’s return to the road for the first time since the COVID-19 pandemic shut things down in February 2020. The next special, Vengeance Day, is set for Saturday, February 4, at the Spectrum Center in Charlotte, North Carolina. “Man, to get back out on the road is going to be an absolute blast,” he said, bringing it up again as the call closed. Tickets go on sale next Friday.