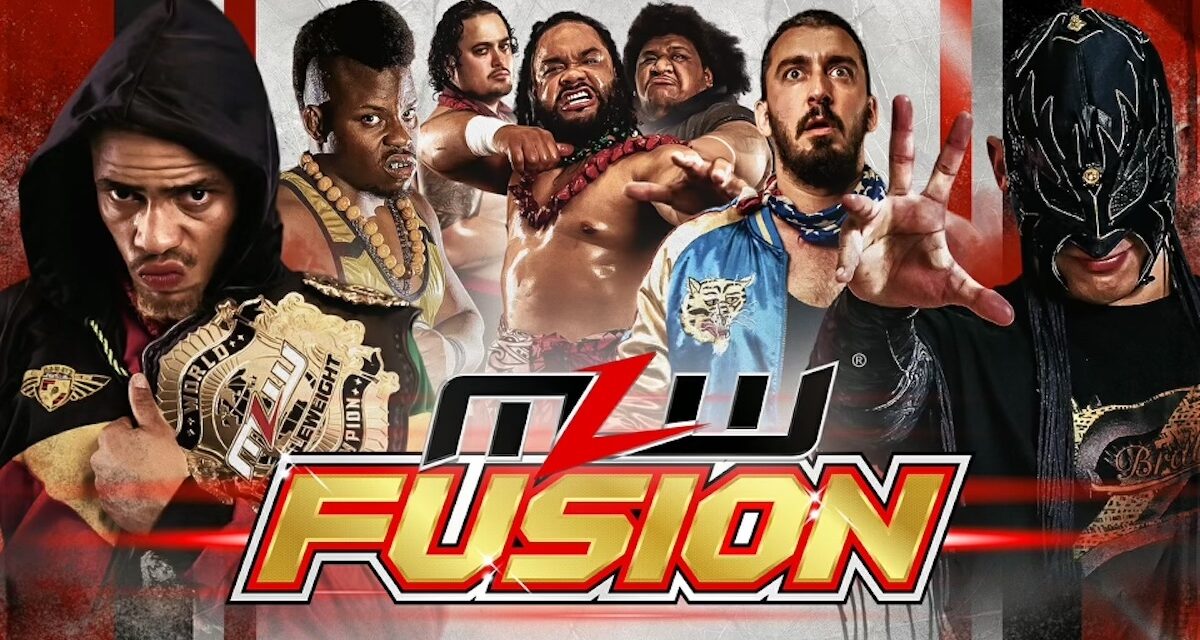 MLW was back tonight with another episode of Fusion and it was due to be an action-packed show. Last week’s episode went off the air with a brawl between MLW World Champion Alex Hammerstone and EJ Nduka. Nduka has been after Hammerstone for weeks and he was in action tonight against Sultán del Aire.

The Samoan SWAT Team was up against Mark Davidson and Angel Fashion and the main event was an inter-promotional match for the MLW Middleweight Championship with Myron Reed defending against Shun Skywalker of Dragon Gate.

We now head to Fusion!

MLW kicked off with Willie Mack making an appearance to join the commentary booth and scout competition, it is announced that Mack has gone major league. 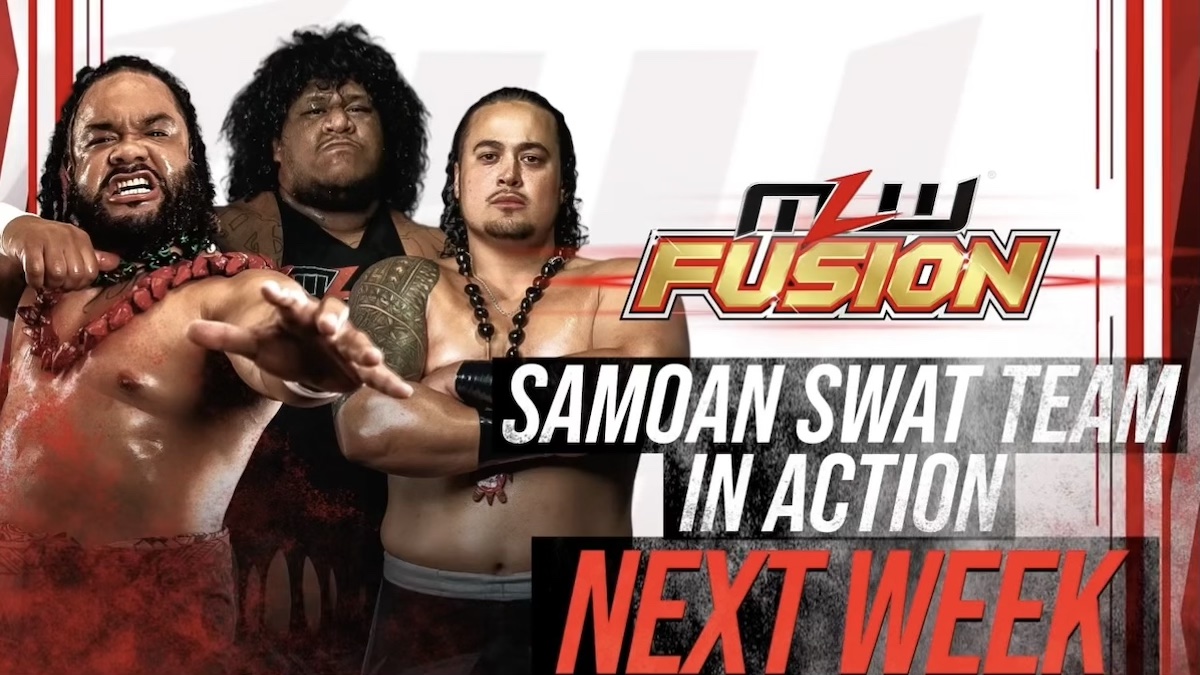 Lance Anoa’I and Juicy Finau were representing the SWAT team tonight with Jacob Fatu in their corner to face off against Davidson and Fashion. The match kicked off with both teams showboating the crowd, but the SWAT team would make the sneak attack.

Finau would then splash both of the members in the corner squashing them to the ground so Anoa’I could come with a running cannonball into both of them. On return from commercial Anoa’l would come flying with a topé over the top onto La Anexion on the outside.

Finau then attempted a running cannonball into the guardrail but Davidson and Fashion were able to get out of the way and begin a two-on-one attack on Anoa’i. Unfortunately for Anexion, Finau did not stay down long and he came in to hit a double Samoan drop.

Anoa’I then flew in with the Polynesian Plunge and The Samoan SWAT Team got the victory.

Post-match Fatu called out Mack from the commentary booth, both men shared mutual respect. However, Fatu then made the challenge for a bout that Mack was happy to accept. Fatu versus Mack is a very exciting match-up.

Alex Kane of the Bomaye Fight Club then had some words for Davey Richards calling out all the times he’s quit wrestling, a real hit below the belt. Richards then responded by saying he was so happy to take Kane’s National Openweight Championship and next he cannot wait to take his Opera Cup.

CEO Court Bauer was then backstage ripping apart Cesar Duran over the recent calling card destruction in MLW and it seems that Duran has walked out. It was later announced that Duran is no longer the matchmaker. 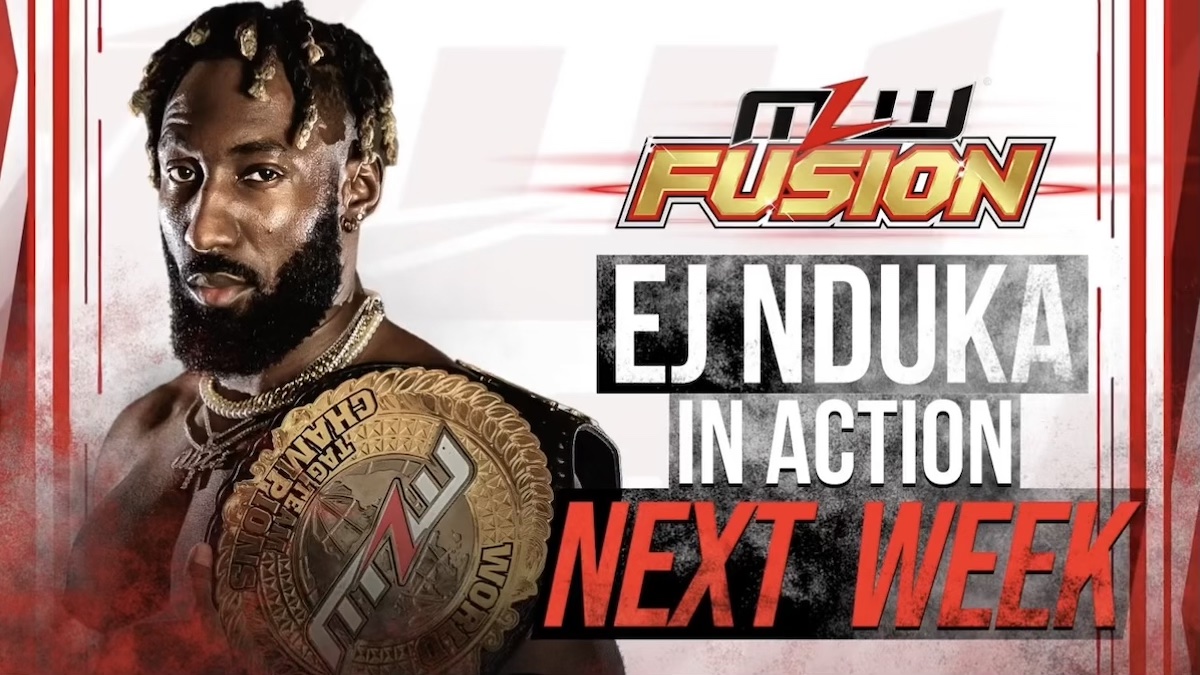 ‘The Judge’ EJ Nduka was hoping to continue his undefeated streak up against Sultán del Aire, and with Nduka’s recent issues with Hammerstone, he had something to prove. Nduka started the match off just showing off his strength and he was just throwing Aire around.

Aire did land some kicks and attempt some offence, but Nduka quickly shut that down with a spinebuster. After a continued beatdown Nduka hit the Nduka Bomb and scored the win.

Nduka then grabbed a microphone hoping to speak but out came Hammerstone to attack. These men then got into another brawl, just like last week, and they battled up onto the stage.

Nduka then hit Hammerstone with a big boot and he began to gloat…but up came Hammerstone. He then took a run at Nduka jumping on to him and both men crashed through the stage! These men were both left like two bloody messes and when they finally collide, the match is going to be an absolute war between two behemoths. 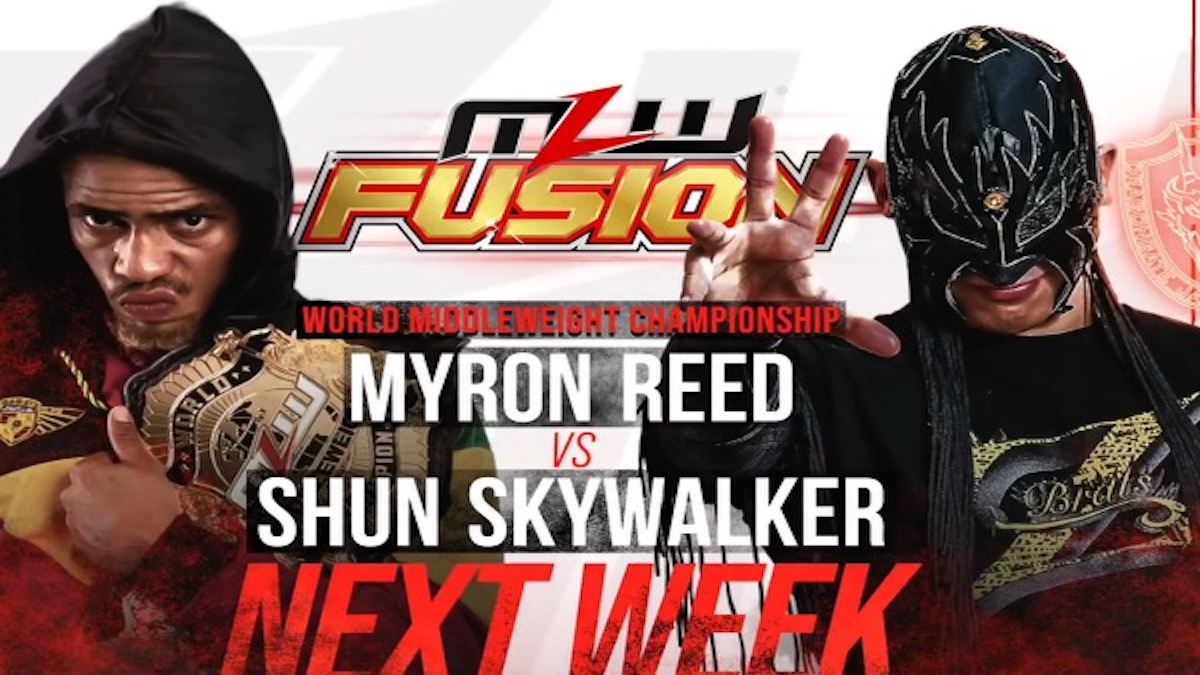 Myron Reed did not come to the ring alone. He was joined by his Bomaye Fight Club member, Alex Kane. To keep the numbers even Shun Skywalker would have the rival of Kane, Davey Richards, in his corner.

Skywalker tried to start the match slowly with some technical wizardry, but the high-flying would kick off not soon later. Skywalker would hit Reed with a big monkey flip and then dove through the ropes onto Reed on the outside.

On return from commercial, Skywalker landed a big pump kick and had complete control of the match. Reed got back into the groove of the match with a leg drop to the back of Skywalker’s head and then a big superkick.

Reed followed that superkick with a draping flatliner for the two-count. Reed kept the fast pace going, but he was caught in his tracks by a sick kick right between the eyes.

Skywalker then spiked Reed on his head with a DDT and later on he was able to land a moonsault knee drop right on Reed’s chest. Reed then reversed a suplex into a stunner and he then had Skywalker on the apron, where Reed leaped over the top rope catching Skywalker with a cutter onto the floor.

Reed thought he had it won and went for a springboard back into the ring, but he was caught with a dropkick. These men then traded near falls, Skywalker with the SSW and Reed with the cutter.

They then started exchanging roll-ups, and to the shock of the crowd, Skywalker was able to steal the win! Shun Skywalker is the new MLW World Middleweight Champion!

This show had a very entertaining main event, with the surprise win that even shocked me. However, the rest of the show was not great with two matches that were just beatdowns. A surprise new champion is always exciting and Jacob Fatu vs Willie Mack is really something to look forward to. 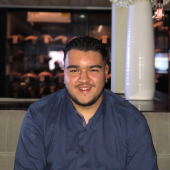