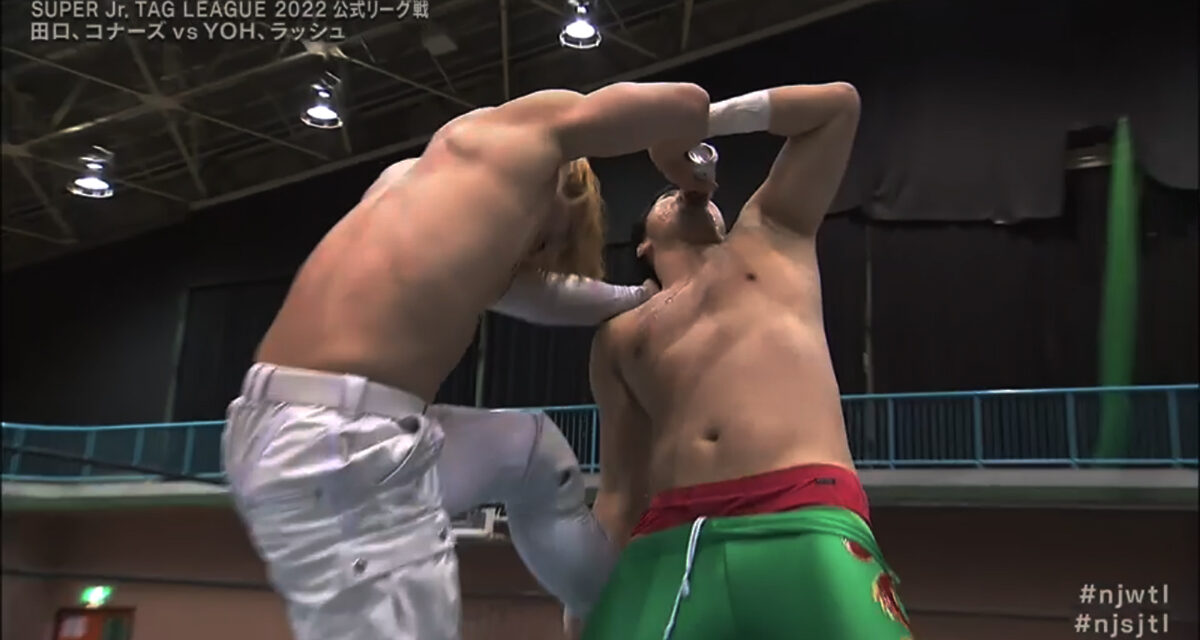 NJPW’s Super Junior Tag League was the scene of a spontaneous kegger as Clark Connors and Ryusuke Taguchi squared off against Lio Rush and YOH.

Connors and Taguchi bought down beer to the ring for everyone, well, except for the official. No drinking on the job, eh. They want to party before the match starts. Yoh takes a beer but Rush begs off at first. Connors and Taguchi pop open their beers for big swigs. Rush says he cannot drink his because it will make him sick but he thanks them. Yoh says he will have his beer after the match.

Later on, Taguchi has Yoh in an ankle lock. Yoh is able to crawl his way over to his corner to retrieve his beer. He opens it and manages to break the hold and stand up to pour the beer into Taguchi’s mouth. A distracted Taguchi chugs it down. 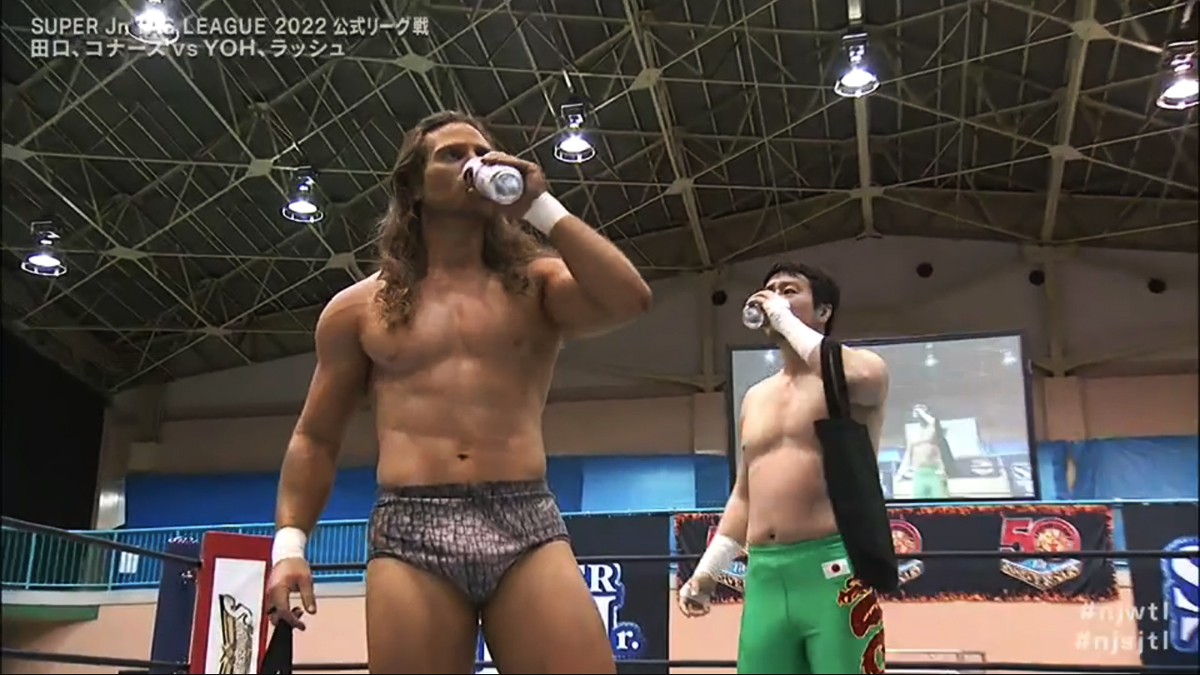 Yoh then shook Taguchi up and punched him in the stomach. Taguchi spewed out the beer. Taguchi ran off the ropes and Rush, Yoh hit him with a 3K assisted stunner for the win and the two points. Taguchi was knocked out until Connors woke him up with some more beer poured down his throat.

Yoh and Rush shared a beer with Connors. Rush then kicked Connors in the stomach delivering a stunner…and that’s the bottom line.

There is now a 5-way tie for first place in the tournament. 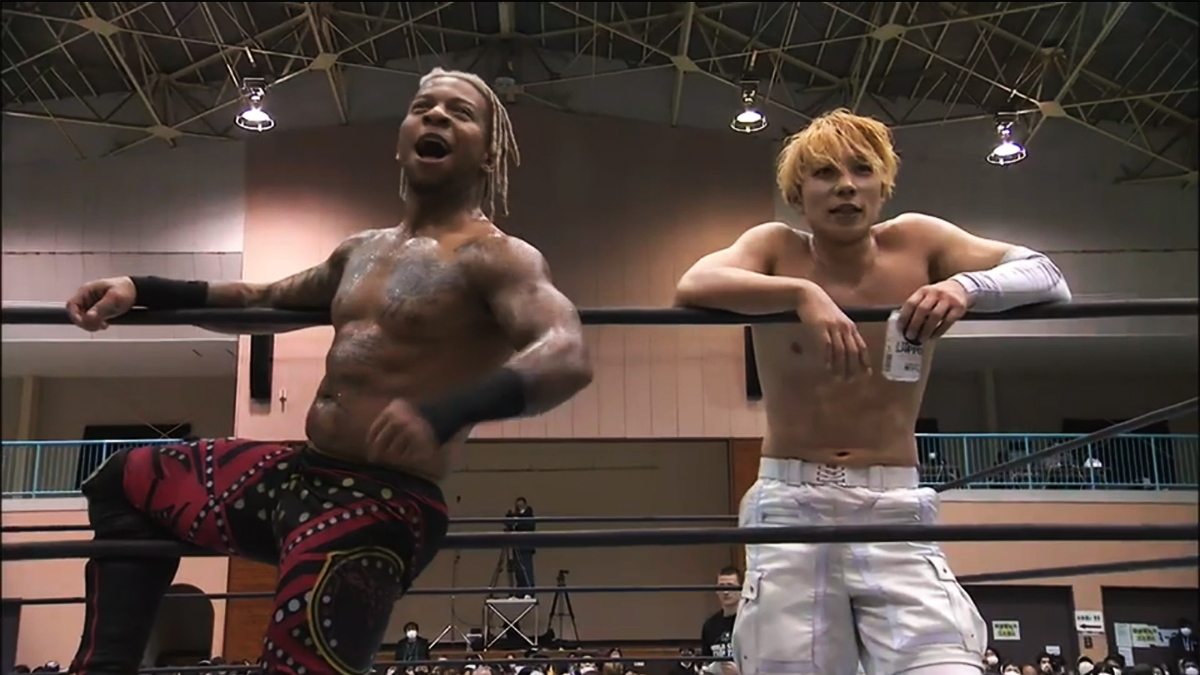 Rush and Lio gets the last laugh. Courtesy: NJPW.

Fujita wins with a Boston Crab.

Suzuki fights off Fale all on his own until Archer comes to the rescue. Suzuki pins Gedo with a Gotch Piledriver.

Takagi puts Honma away with a Pumping Bomber.

Titan and Bushi botch their MX/Top Rope Stomp finisher when Titan trips up on the top rope and gives Mask a flying elbow slap. Titan makes up for it with a flying drop kick from the top rope to Mask for the pin.

Lindaman ditches Bey out of the ring with a German suplex. Lindaman punishes Austin with another one, holding onto him for the pin as Zayne floats over and holds Austin down too.