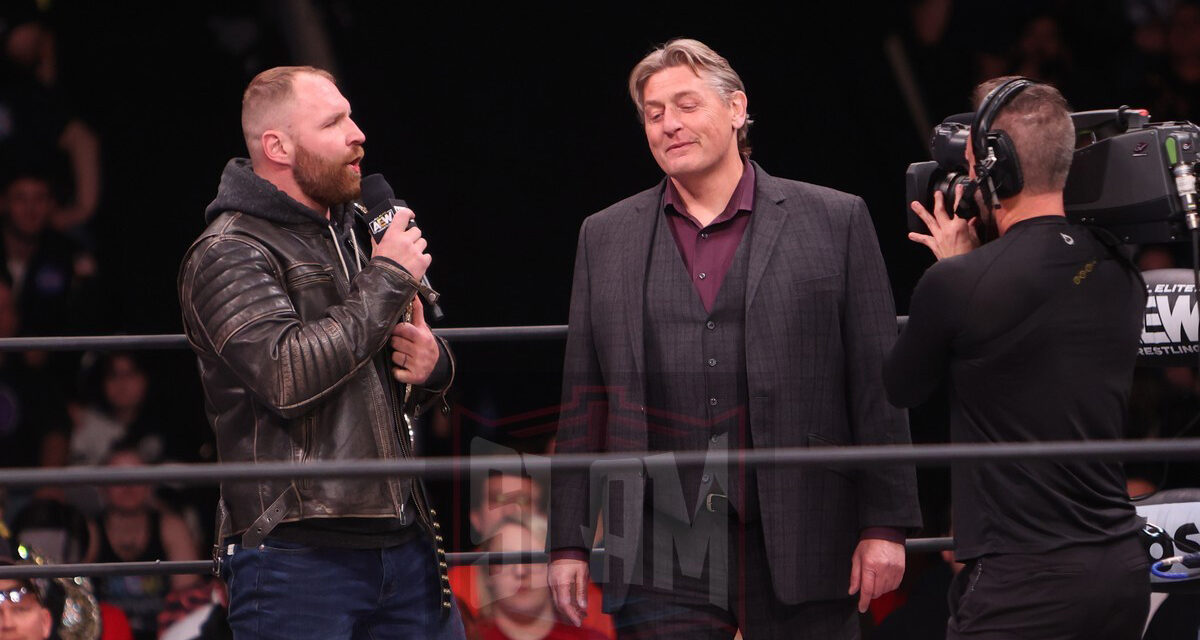 Today’s RoH media call was far different from most as it started with a personal revelation from AEW CEO, Tony Khan.

Sometimes personal situations and relationships supersede the often kooky world of professional wrestling and for Khan they certainly have for the last few months. In putting the William Regal situation in context an emotional Khan revealed that his mother, Ann Carlson Khan, suffered two strokes recently.

“My whole family were very concerned. It was a really stressful time for my family…It was pretty scary,” he said about his mother’s health. When the second stroke occurred Khan admits his family was “panicked”. Doctors discovered that Khan had a issue with her heart that had to be addressed to hopefully prevent further strokes.

“My mom was hooked up to a lot of machines and I was just praying that my mom’s surgery would go okay,” he said looking back, his voice cracking at times.

Khan called his sister and father “heroes” for holding the family together during the crisis.

Thankfully, his mother made it through the surgery and has been recovering at home ever since.

It was during that time that Khan got a call from AEW’s office stating that William Regal had asked that his contract not be renewed when it was up at the end of the year. Regal said he wanted to go back to the WWE to help coach his son, Bailey Matthews, and other wrestlers.

“It was a very complex situation for AEW because he’s a huge part of what we’re doing on-screen and we really value him. There was multiple storylines that he was involved in,” said Khan.

While Khan was with his mother at the hospital he got a personal call from Regal himself.

“I’m sitting out in the park bench out in front of the Mayo Clinic and we had this really long, good talk. It was very positive. He really had good intentions…It made a lot of sense to me that he would want to work with and be with his son…The last thing I wanted to do at that moment was prevent any parent and any child from being together as I was sitting outside the Mayo Clinic when my mom was sleeping inside and recovering from a major operation,” he said.

In order to grant Regal his request many major changes to various angles had to be made to facilitate his exit. Khan and Regal then had a 90 minute discussion about a wide-variety of issues. In it, they discussed the sacrifices AEW had made on Regal’s behalf as Khan firmly believes that AEW is a “family-first” company.

Khan quantified his statement though saying that even though that is the focus of the company they “probably won’t be able to facilitate every family reunion”.

In the end, Regal’s contract was not renewed by AEW. Regal will be heading back to WWE in 2023 but a condition of his release is that Regal cannot appear on TV next year.

The only thing that bothered Khan about the whole process was Triple H posting a Regal montage on his Twitter account while things were still being worked out.

Tonight just wouldn't be the same without… pic.twitter.com/5wM71u0u7i

Khan didn’t feel it was respectful to the situation at hand.

“I didn’t necessarily think it was in the spirit of how accommodating we’re being about the whole thing, but whatever,” said Khan.

With the Regal update out of the way Khan did give his thoughts on RoH’s Final Battle event this weekend along with the RoH brand in general.

Khan did not have an update on RoH’s television situation but did say that AEW will not be focusing on RoH content going forward.

“I’ve got these two amazing companies and AEW has always come first and foremost yet Ring of Honor is really important. I don’t want it to take a backseat to anything. I also don’t want it to always be the focus of AEW TV so after this week I will really be limiting how much Ring of Honor you will see on AEW shows,” he said mentioning that after Final Battle some more details about RoH’s future will be made public.

Khan is excited though that ROH Women’s World Champion, Mercedes Martinez, will be defending the title against Athena as the two veterans clash.

(Support Slam and click on the image above to order)

“Mercedes Martinez has been a great champion for Ring of Honor and a formidable presence. She is really one of the most respected veterans in the locker room in AEW. So, it’s going to be a great match! I think there’s an issue of respect here because Athena has not shown respect to the other wrestlers…It’s going to be a very compelling situation and should be a great match at Final Battle!” said Khan proud that Martinez is taking on a “locker room bully”.

“I think Juice Robinson has a great history. In New Japan, he was the former US champion and he’s got great wins in New Japan against some of the biggest wrestlers on the planet. I do think he has great potential as a TV champion for Ring of Honor. If he were to win the match I think he could defend the title not only in Ring of Honor or in AEW but…I think it would be something to consider that he could do title matches in New Japan Pro Wrestling. Our relationship with New Japan is very strong and that’s something else I could probably talk more about on Saturday,” he promised.