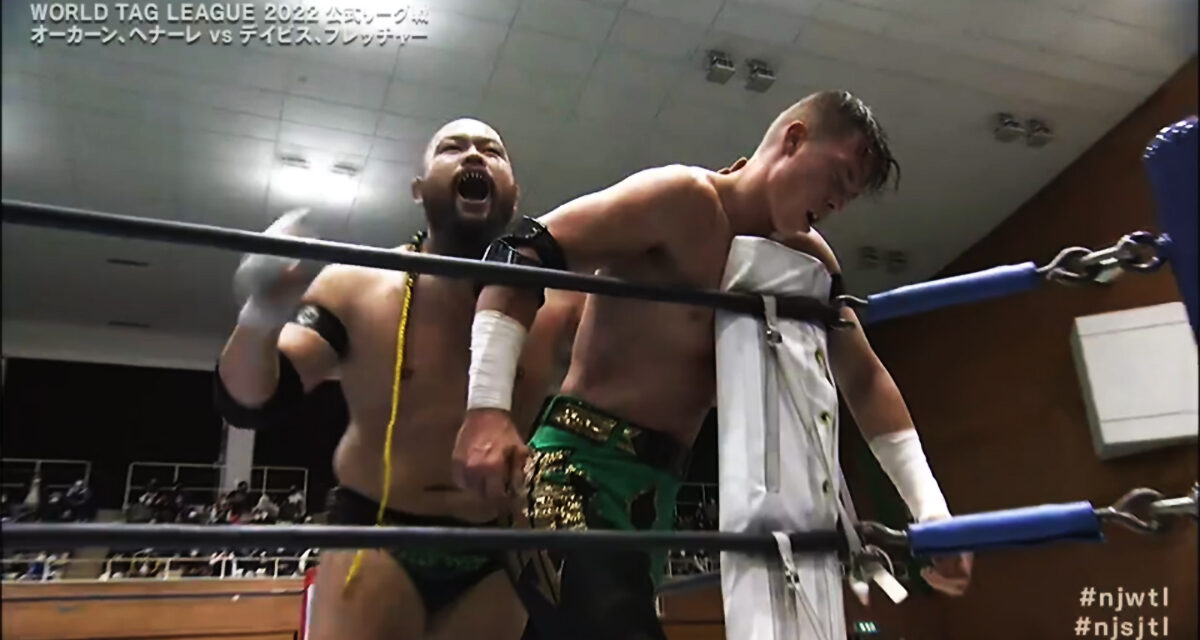 It was United Empire versus United Empire at night seven of World Tag League as Aussie Open’s Mark Davis and Kyle Fletcher took on The Great-O-Khan and Aaron Henare.

The match began with a slugfest between The Great-O-Khan and Mark Davis as they labeled each other with forearm smashes. Henare and Fletcher had the same idea pulling Davies, Khan out of the ring as they bounced off the ropes. Henare and Fletcher took their places in the middle of the ring pounding each other with forearm smashes.

All four men took turns taking each other out until they were all laid out on the canvass. Both teams got to their knees engaging in a slugfest.

Aussie Open lined up Khan and Henare back to back clobbering them both with running clotheslines.

Gideon Grey took to the mike after the match. 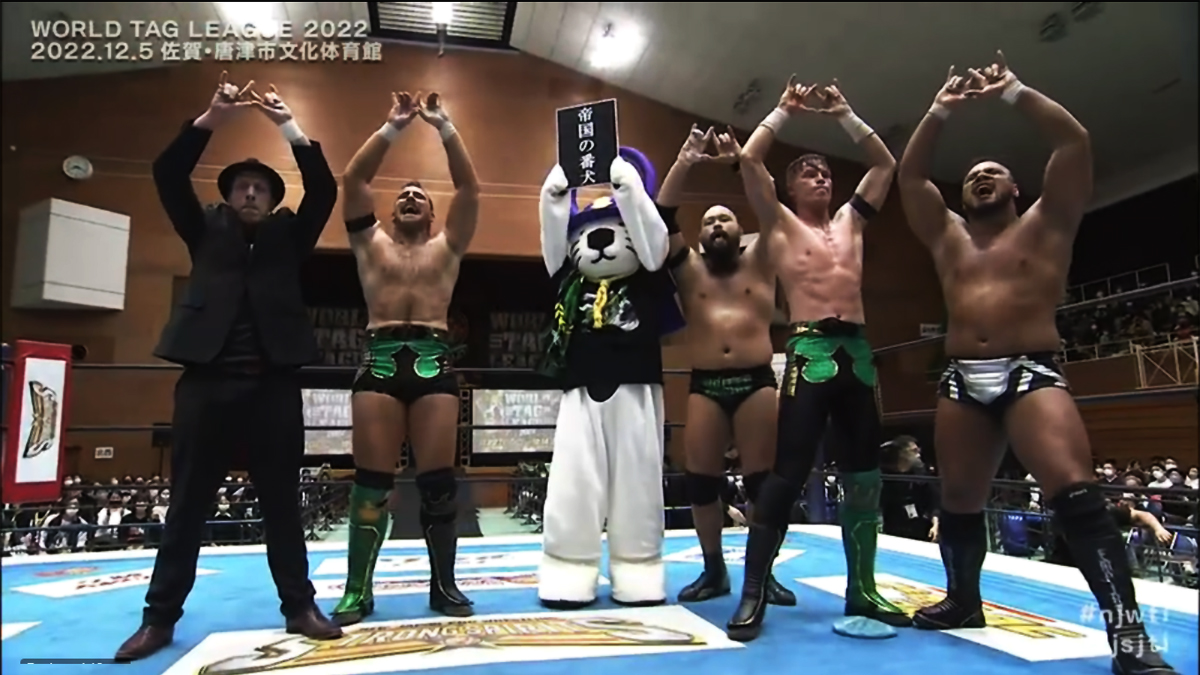 “This wasn’t about two points in World Tag League. This was about the pride beating in the hearts of each of these men in this ring!” he said.

Both teams congratulated each other and raised their arms together.

Bad Luck hits the Grenade without hoisting Leube into the air.

Fujita submits to the Doukie-Chokie.

The Ace wins the match for his team with a High Fly Flow.