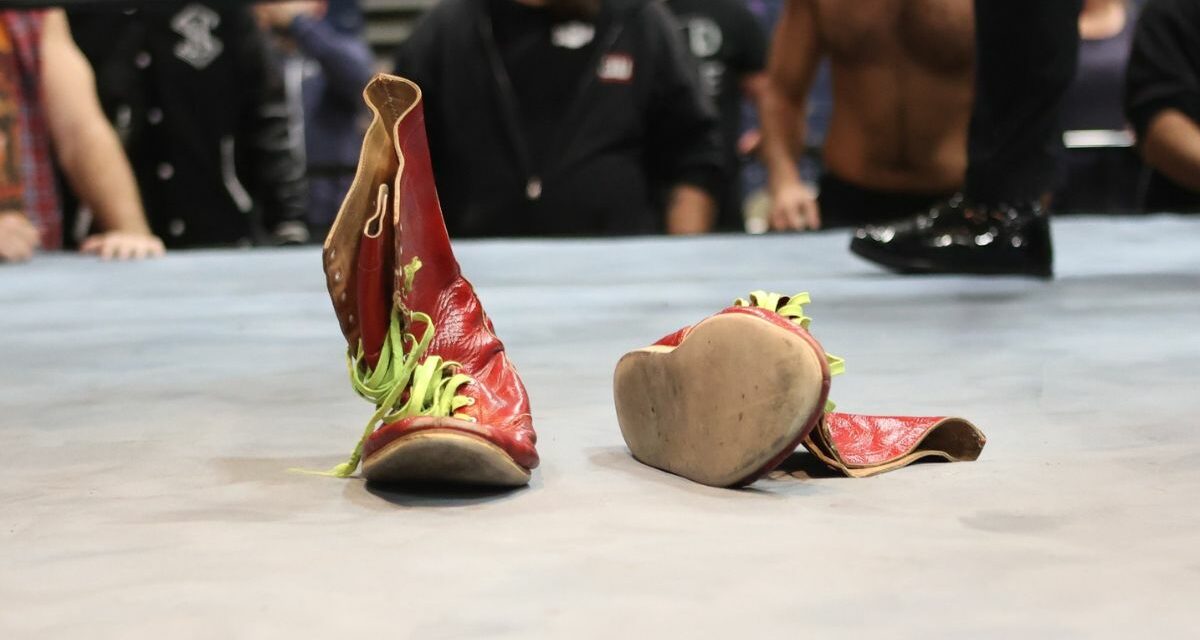 Mike Bucci, who gained fame in wrestling as Nova and Simon Dean, brought it all full circle and had his final match in the town where he went to high school.

SlamWrestling photographer George Tahinos noted that it was a “really big crowd,” and lively. Some of the matches included Nick Aldis vs Shawn Donavan, a Sinister 6 Way, the Wolves (Eddie Edwards and Davey Richards) vs The Nu Graysons, and Rik Ratchet vs Jerry “The King” Lawler. 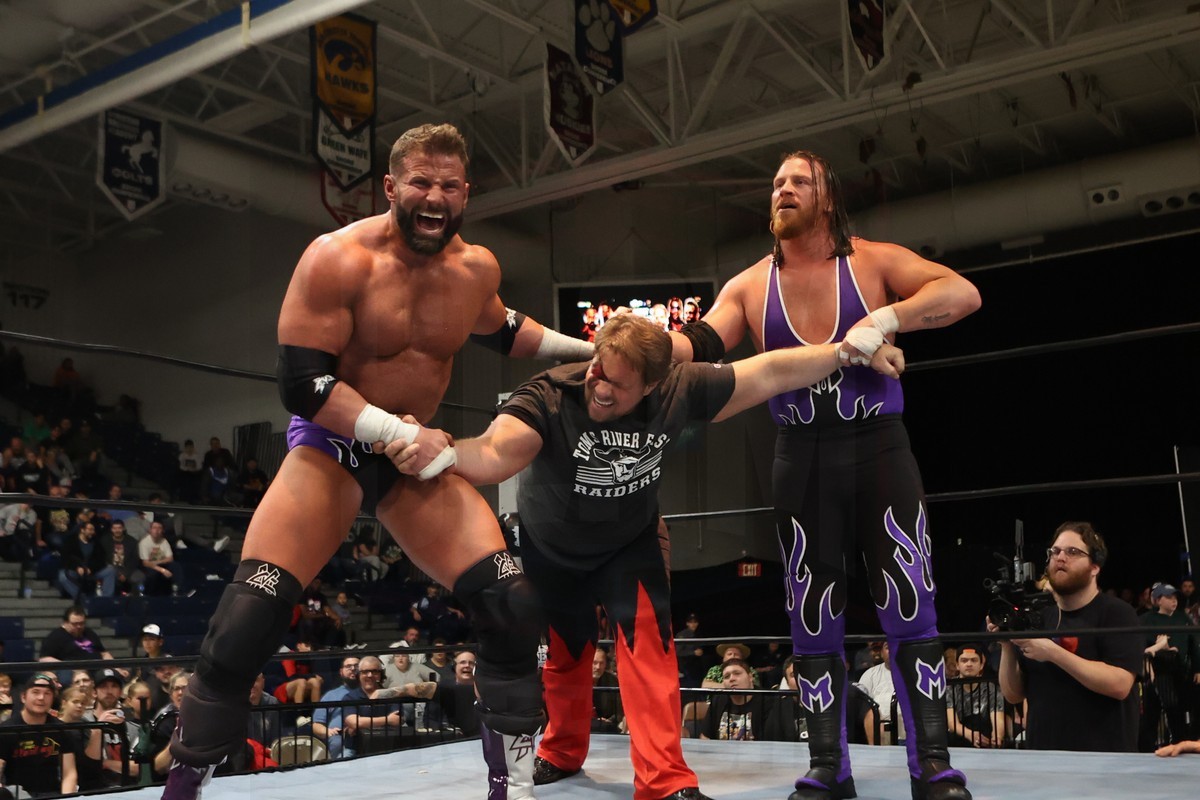 It was a busy match, with the 50-year-old Nova teaming with Aron Stevens and Frankie Kazarian versus Pat Buck, Brian Myers and Matt Cardona.

“Honored to have been asked to wrestle in Mike Bucci/Nova/Simon Dean’s last match!” tweeted out Matt Cardona.

Stevens posted a long, thoughtful tribute to Bucci on Facebook:

In my career I never took many/any pictures. I have met a lot of people and I am fortunate enough to have a few friends. Here are two of them. Tonight was the last match of Nova/Simon Dean/ Mike Bucci. Mike was one of if not the most innovative and imitated wrestlers in the late 90s. I looked up to him. When I first signed with WWE I was 21 years old. I had never moved out of my parents house before. Mike taught me countless lessons in wrestling and in life. We enjoyed a pretty lengthy run as tag team champions in OVW and I would not have had the success I have enjoyed had it not been for him. I first met Mike when I was about 19. I wrestled him and his partner Frankie Kazarian. Frankie and I also started one week apart at Killer Kowalski’s. When I was 16 years old and walking to my first day of wrestling training Frankie always went out of his way to make me feel welcome in an extremely foreign environment for a teenager amongst grown men. Frankie and Mike also enjoyed an extremely lengthy and successful run as a tag team that traveled the world. Funny how paths sometimes cross and are intertwined. Tonight Frankie and I helped Mike close a chapter in his book. We did it in front of his family, friends, and hometown. I was humbled and honored he asked me to be a part of this. The best part of the night by far was his daughter in the ring presenting him with a championship belt as the crowd chanted thank you Nova. An incredible finale to an even more incredible career . Nova, I meant what I said in the ring. The business is way better off because you were in it. You left pro wrestling better than you found it.

Kazarian posted on Sunday morning: “Reflecting on a great weekend. Had the honor of being in the last ever match of my former tag partner and dear friend Nova (Mike Bucci) in his home town of Toms River, NJ. Wonderful and emotional night. It was a pleasure to stand by the side of all the gentlemen involved.” 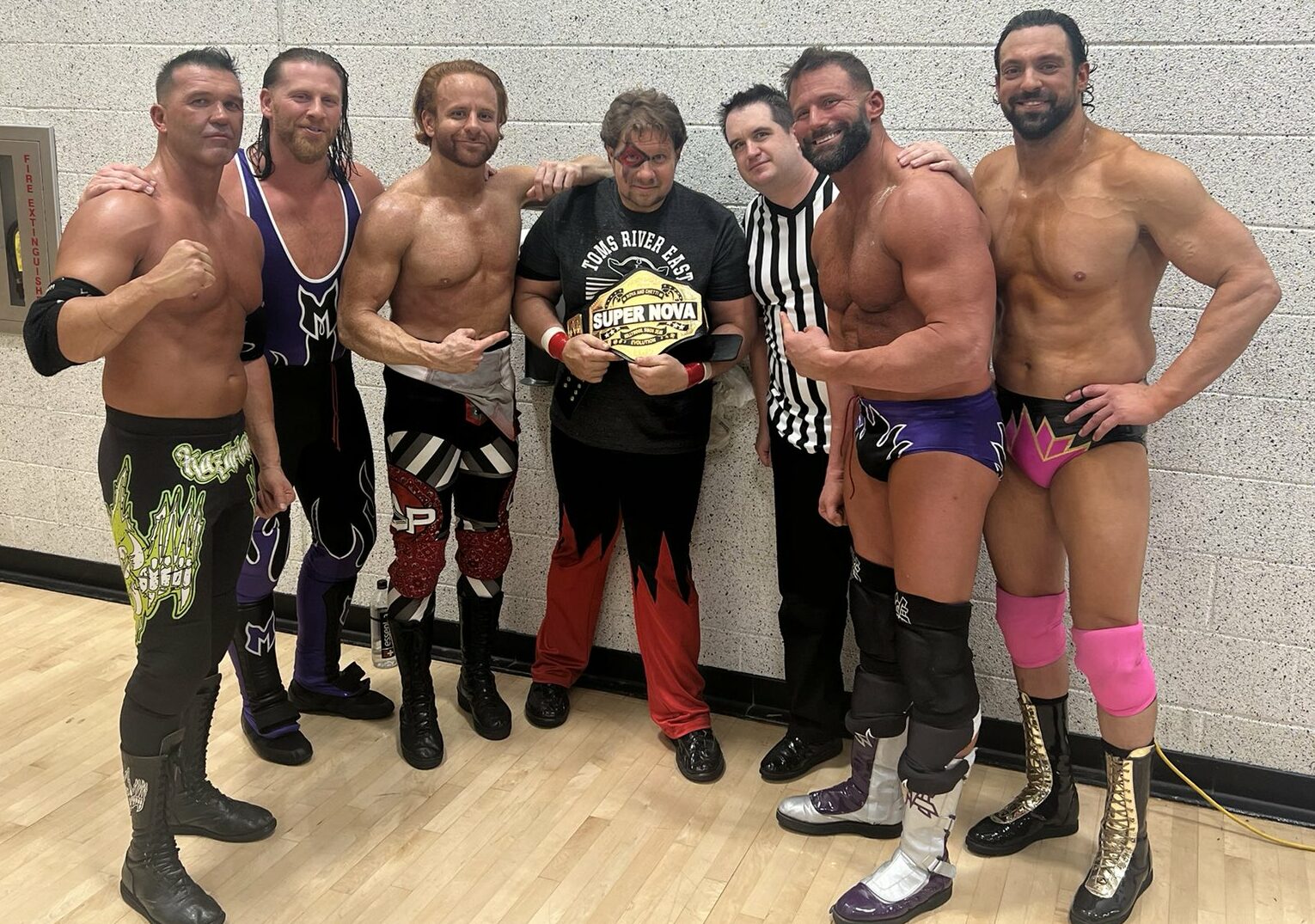 Bucci initially trained under Iron Mike Sharpe and debuted in 1992.

His first big break came in 1996, when he arrived in ECW as Super Nova, which then was shortened to Nova. He became part of the Blue World Order, mocking the New World Order. The BWO consisted of Blue Meanie, Stevie Richards and Nova. His outfits often paid tribute to his favorite superheroes.

In WWE’s developmental system, Ohio Valley Wrestling, Bucci was a celebrated figure in front of the camera as Nova — including a few championship runs — and behind the scenes as part of the writing team and later in talent development. 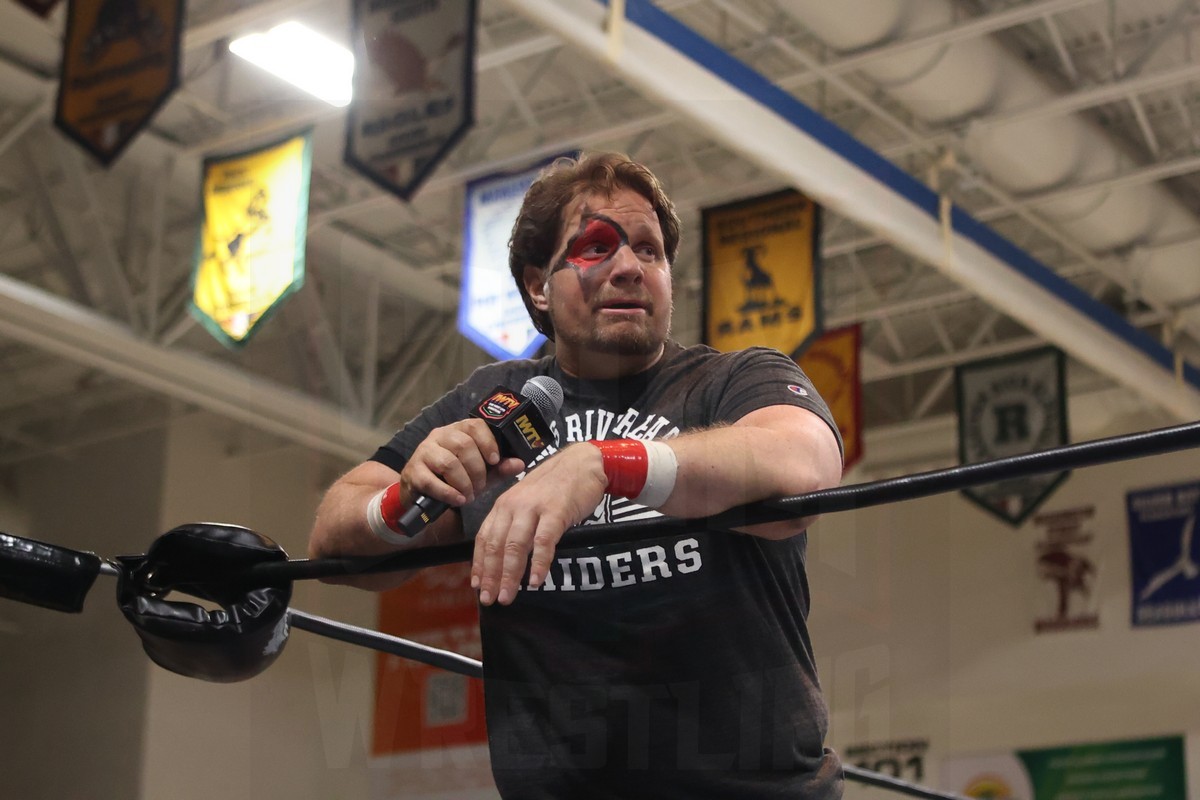 His main roster run in WWE as Simon Dean, a fitness guru, was memorable if not that long.

The brother of Mike Bucci, Donald Bucci, has been involved in the wrestling business as a promoter (Phoenix Championship Wrestling) off and on through the years as well. He posted this video from the show:

In a Facebook post, made later on Sunday, Mike Bucci tried to sum up the evening: “I’m going to take a day or so to decompress from the events of this weekend, but last night was one of the best nights of my life both professionally and personally. I know most of you have already seen all the pictures, have seen the results or maybe even came to the show. I don’t know if I can do it justice by trying to describe how great it actually was. 30 years flew by an instant. What a fitting way to wrap it up officially once and for all. I’m sure I’ll shoot a video in a day or two thanking everyone and just giving some thoughts on everything that went down. It was an unbelievable night.”

Mike Bucci left the wrestling business — mostly — and has worked in the financial industry since 2008, and is currently employed by Fifth Third Bank.

TOP PHOTO: Mike Bucci’s boots are left in the ring after his last match on Saturday, December 23, 2022, in Toms River, New Jersey, at the RWJBarnabas Health Arena. Photo by George Tahinos, georgetahinos.smugmug.com